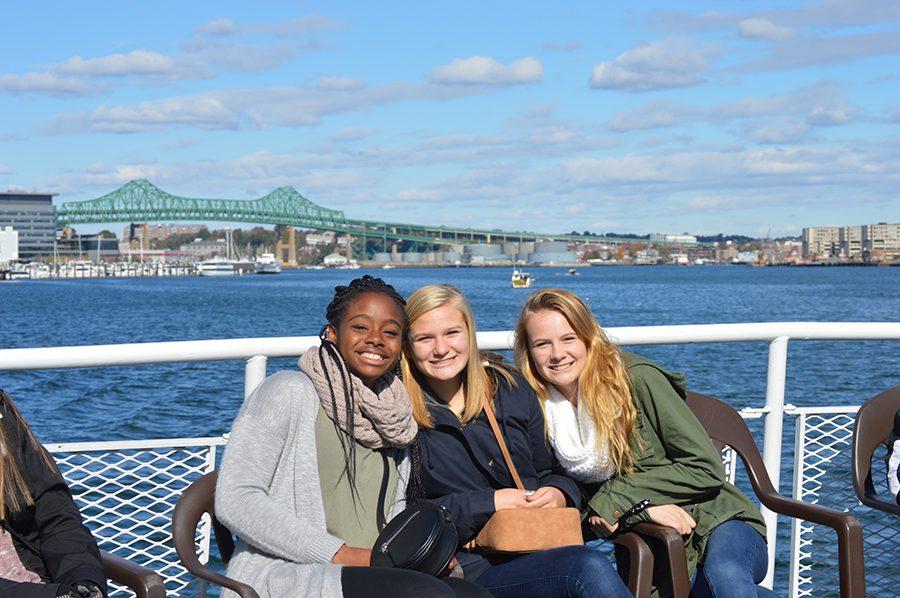 Junior AP Gov students Kiara Breault, Kalin Gregoire, and Ally Rose relax on the upper deck of The Rita with the views of the harbor behind them and Boston before them.

The 2016-17 APUSH classes are the first to allow sophomore enrollment as a history credit. This resulted in an exceedingly large class size, overflowing into four separate periods rather than the usual single class.

Additionally, the Freedom Trail trip was offered to these classes this year as yet another first.

Sophomores and upperclassmen alike paraded through Boston along the historic Freedom Trail as a complement to their current curriculum. Significant stops on the trail included Old North Church, Copps Burial Ground, the Bunker Hill Museum, the Breed’s Hill Monument, and Quincy Market, among others.