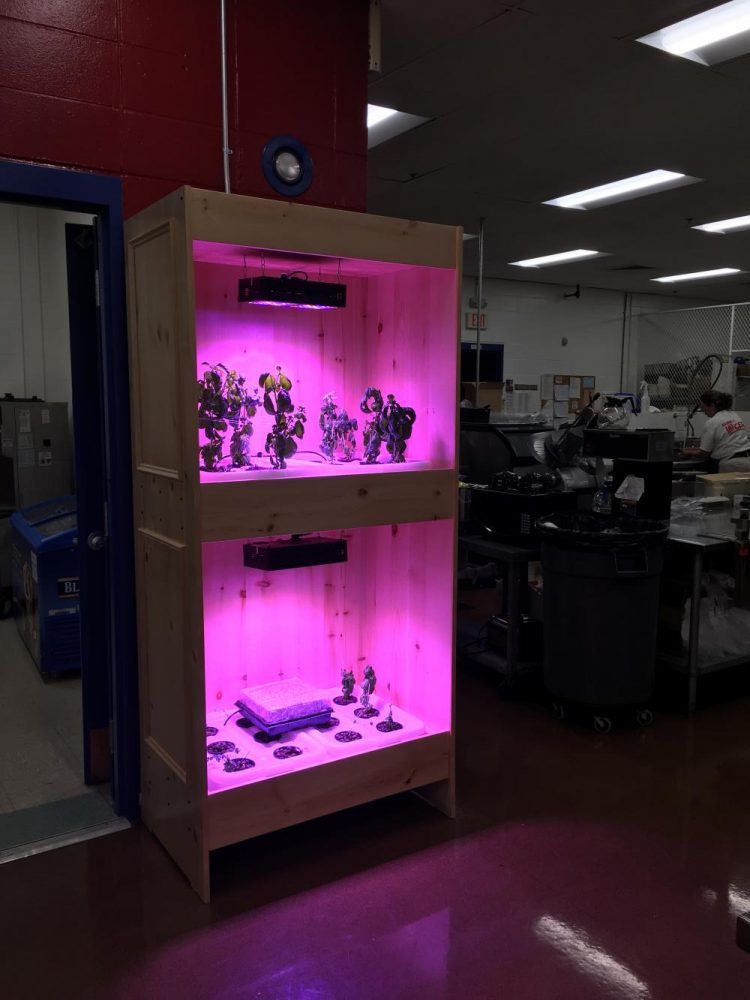 Students pass this vertical hydroponic garden on daily route through the cafeteria.

Mrs. Venezia and the dining staff are taking the Londonderry Dining Services program to new heights, bringing a garden directly to the kitchen in the cafeteria. With a new vertical hydroponic herb garden appearing as students travelled their daily route through the lunch line, Director of Dining Services, Mrs. Venezia, and Mr. Ciccarello’s advanced industrial arts class strive to begin a trend among American schools, showing students the real meaning of farm to table and taking food straight from the source to the students.

Since taking over as Dining Director just a few years ago, Venezia has shown enthusiasm to implement new and creative approaches to dining within the school district food program and the recent addition of a hydroponic herb garden in the cafeteria is just the beginning. Venezia is driven to make the students more aware of where their food comes from and how it gets to them.

To achieve her goals, Venezia sought help from Ciccarello and students in one of his woodworking classes. Venezia had a basic idea to create a shelving unit that would hold bins of aerated and filtered water and shine LED lights to simulate sunshine, allowing herbs to grow in an inside space. Ciccarello was immediately interested in the concept Venezia shared, and he assigned the task to some of his best students, Derek Lawson, who headed the project, Brandon Stearns, Oan McGrath and Mike Felch.

“You can take the concepts from somebody’s head, put them on paper, and then create the physical production which is a good, real world situation for these guys,” Ciccarello said.

The design process began with a flow of ideas back and forth between Venezia, Ciccarello, and the students. Many sketches were drawn, and measurements were taken to ensure the garden would be of the best possible quality. According to Ciccarello and his students, the production was quick, efficient and simple after plans had been finalized.

“It was a really great test of our woodworking abilities,” McGrath said.

Now, after many months of designing, a month of building, and a few weeks of growth, the hydroponics garden in the cafeteria is taking shape. Cilantro, basil and parsley are thriving in the artificial setting created by students, and Venezia hopes to share the plans Ciccarello and his class created with other schools and encourage herb gardening on school grounds on a much larger scale.