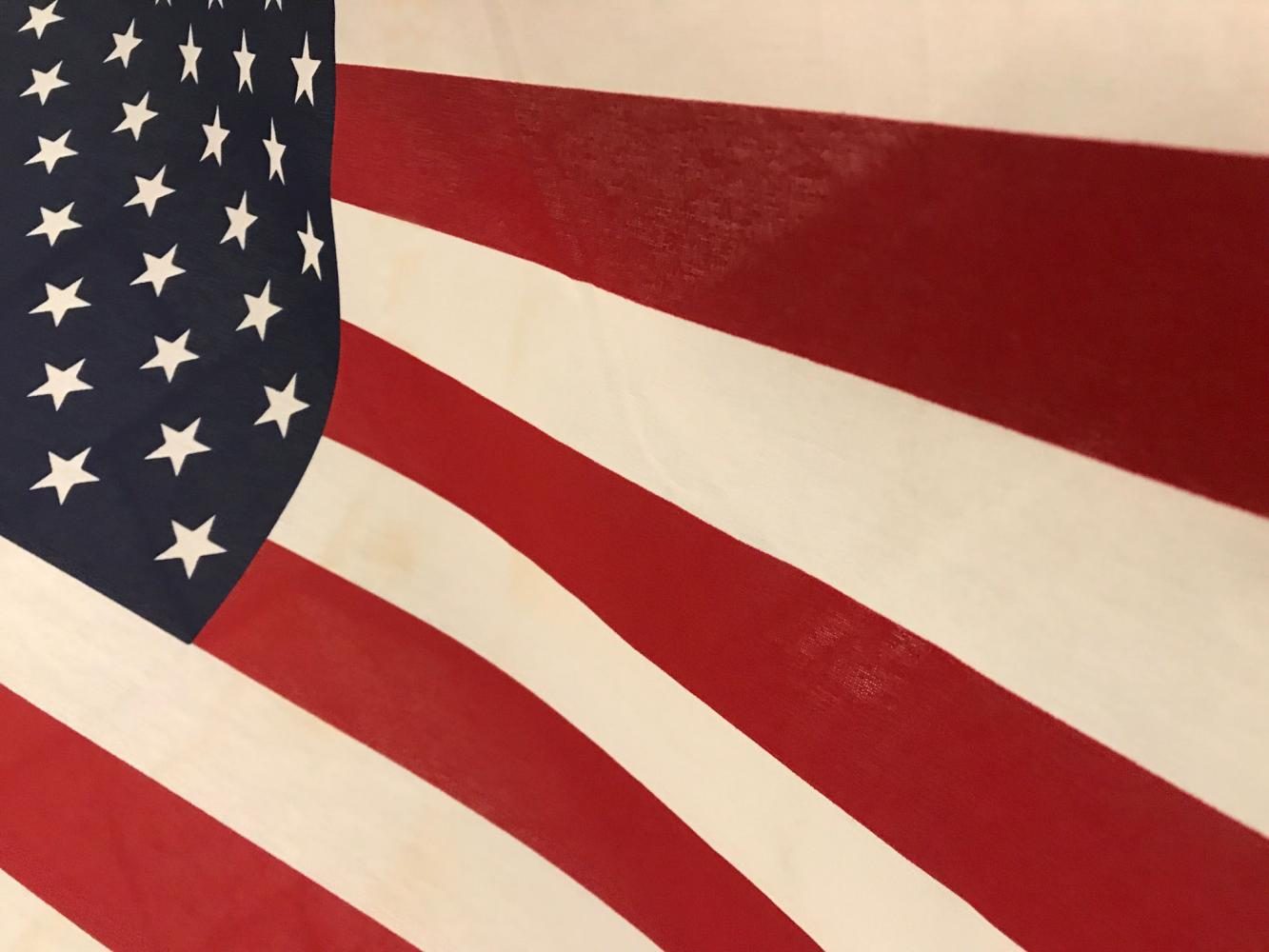 When athletes enter the floor at pep rallies, they are required to adhere to certain protocol.  According to the letter the pep rally team sent to athletes on September 10, one rule of this protocol is there will be “NO use of the American flag.  Do not wear/carry/present the American flag on the floor.”

Within the last few days there have been posts and comments on the Londonderry Moms’ page and comments in classrooms and hallways from students about this issue.

The Lancer Spirit editorial board thought some clarification and context of this rule may be useful, so below is a reprinted Letter to the Editor written in November 2012 after a flag used by athletes in a pep rally fell to the floor.
Keep your facts current
The following was added to this post on Wednesday, Sept. 20:

According to the Union Leader, Nashua’s Jennifer Horn is the former chairman of the New Hampshire Republican Party and is active in political and civic affairs.
LETTER TO THE EDITOR REPRINT:
Reprinted from the 2013 January/February edition of The Lancer Spirit
This letter was jointly written by science teacher Mr. Cariello (former Army officer), PC Specialist Mr. Sampson (former Marine), and LHS alumni Laura Curro (Airforce officer) and Greg Demeule (private citizen) in response to the American flag being used as a prop during a 2012 pep rally.
To the Editor: Flag disrespected in pep rally

Each member of a public school recites the Pledge of Allegiance daily to account the moral standards that this country holds.  Therefore, the recent actions that led to the depreciation of the American flag should be deemed intolerable by anyone who honors this nation.

Following an incident at the Londonderry High School pep rally in November, some spectators were disheartened when the flag was handled carelessly.  It is clear that some people have abandoned the pride behind the most powerful symbol of the this nation.

It was at a November [2012] pep rally the the [students] used the American flag as a matador cape to present the members of the track team.  An overzealous individual tackled the person who was in  possession of the flag, resulting in a forceful plunge to the ground.  There was a visible generational disconnect because many students were captivated by the routine while adults were bothered.

Many forget there is a code to frame the flag’s traditions.  This frame makes up the heart that is embedded in the red, white and blue, and regardless of how society evolves, the roots of this country will not die.

The American flag waves to represent the dedication and sacrifice of this nation’s people to keep it alive.  It is an emblem to salute the past and embrace the present.  It is our duty to uphold the code of the American flag.

According to Title 4 United States Code 8, Respect for the Flag, “The  flag should never touch anything beneath it, such as the ground, the floor, water, or merchandise . . . The flag should never be used as wearing apparel, bedding, or drapery.”

The neglect of this code reflects the lack of understanding that some have about the principles of this nation.  The students have not been exposed to proper flag etiquette and were misguided in their entrance.  The staff members have clear authority and should have addressed the issue immediately and set a proper example at the pep rally by explaining it was inappropriate.

America should receive its due respect at school events.

For there to be unity, there must be a clear understanding of customary values.   This unfortunate transgression could have deeply insulted any service men or women who were present at the rally. People must never underestimate the importance behind what the American flag stands for and always value the rich history of the United States.

Part of that rich history hearkens back to the War of 1812. Our country was only 36-years-old at the time.  Laboring in infancy in comparison to Great Britain, some 900 years our senior, we were still struggling to gain credibility throughout the known world.

Our flag is the one symbol that displays our earned freedom.  It depicts the sacrifice of our men and women for the past 236 years, and it was never more evident to the world than when we defeated Great Britain’s second attempt in 1812.

The British had landed three invasion forces: One was New York and the others in Washington and New Orleans.  The British forces had burned Washington, D.C., killing many of our citizens, and morale was at an all-time low for our fledgling nation.

If the British had been successful in their attempt to capture the port of Baltimore at Fort McHenry, we would not be a nation today.

That sight, that “Star Spangled Banner” still flying after 25 hours of bombardment was the victory we needed.  We went on to defeat all three invasion forces of the world’s most powerful empire.  Great Britain’s defeat at the hands of the Americans validated our existence, and the rest of the world took notice.

I ask you all the stand up for Old Glory..  Protect her and do not allow people to disrespect her in your presence.  Treat her with the reverence and respect she deserves.  Teach it to your friends and one day your children.

She represents so much more than just a symbol of freedom; she represents all the sacrifice from countless American that built and died for the great nation.