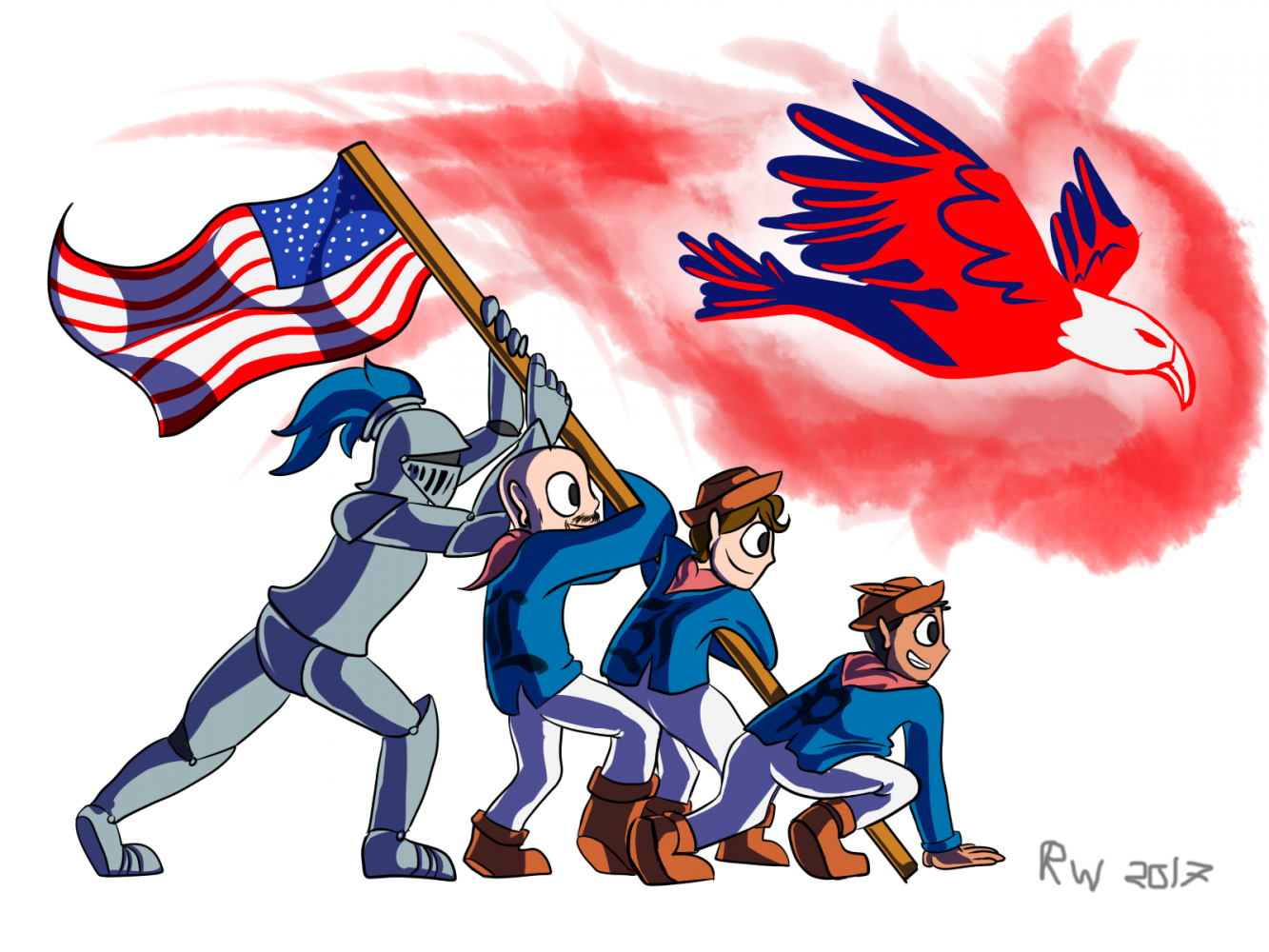 Alright, it’s time for us to come clean. We’re done lying and back-peddling, so we’re going to be honest about “Old Glory-Gate.”

You found us out.  It’s true.  The halls of Londonderry High School are saturated with Bernie supporters and Social Justice Warriors [SJW’s] that hate Trump so much that the sight of the American flag sickens them.

That’s the true reason we “banned” the flag.

This school is so horrified by Ol’ Glory that every day at 9:00 a.m. Lancer Nation recites the pledge, and at every school event we play the national anthem.  We also raise money for needy veterans, have memorials honoring alumni who have served in the military, and we send care packages to those currently deployed. We even have a whole World at War class dedicated to educating students about veterans of foreign wars and how war affects our society.

And this is only a fraction of what Lancer Nation does to honor the United States.

If you think so, then you have obviously never set foot in this high school.

To sum up the character of an entire school population based on one bullet point of one flyer is truly shameful.

Not to mention the bullet point in question has appeared on every pep rally flyer given to team captains since 2012 and has never been a center of controversy before.

Students and parents need to understand that when they are concerned about an action taken by the school, they should not go to social media to ask questions.  Instead, concerned community members should pick up the phone and call Mr. Parent to get an accurate answer rather than cowering behind their Twitter handle.

Members of Lancer Nation are outraged that people who don’t even know us (or who we thought knew us better) would dare to insult our beloved Mr. Juster and Mr. Parent. Maligning them so cruelly—especially with accusations that aren’t based in fact—breaks our hearts.

Instead of jumping to conclusions and making assumptions, here’s an idea: Read all points of view and gather information. Don’t just read a headline or uninformed Facebook post to get what you think is the “whole” story.  If everyone had looked just a little bit deeper, then perhaps this whole situation wouldn’t have gotten out of hand so quickly.

Let these past three days be a lesson for all members of the LHS community: Remember to ask questions and get accurate facts before blindly hitting the retweet or share button.

The LHS staff and administration are open to all questions and constructive criticisms that students and parents may have. So when you see something that concerns you or triggers an emotion inside of you, don’t jump on the scandal bandwagon and feed the flames.

It is easy to get caught up in your emotions—especially with topics that are important to you.

But you must put the facts first.

At LHS we are taught to do proper research and check our facts before coming to a conclusion. We only wish that the rest of the community could have given us enough respect to do the same.

Being passionate about the American flag and being willing to protest in its defense is honorable.

Just make sure the battle you’re fighting actually exists before you seek to wage a war.