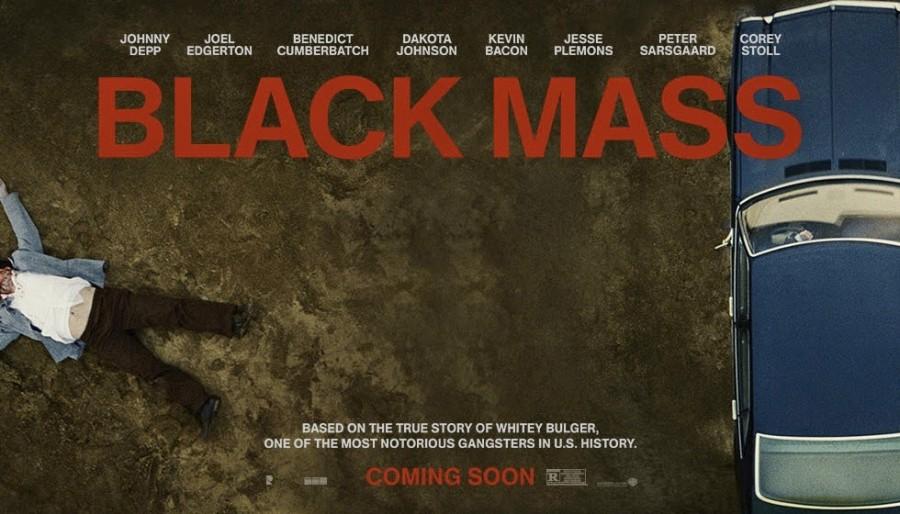 Fair use image from Warner Brothers

At the end of the day, there is no easy way to approach the making of a biographical film, especially one about one of the world’s most notorious gangsters, James ‘Whitey’ Bulger.

Scott Cooper’s Black Mass tells the harrowing tale of the Boston gangster and his relationship with the F.B.I. Beginning in 1975 and ending in 2011, Mass takes the audience on an underwhelming ride through the rise and fall of this criminal madman.

Bulger’s story has so many various angles of how it could be told that it would be a mind bender for any director to take on. Cooper’s dilemma was in fact this. In one of the opening scenes of Mass, Jesse Plemons’ character, Kevin Weeks, is seen at one of Whitey’s hangout spots acting as a bouncer. Through voiceover, Weeks describes how he is “in” with Whitey’s gang. My initial thought was the beginning of Scorsese’s Goodfellas, with Ray Liotta’s famous line, “Ever since I was a kid I wanted to be a gangster.”

This introduction from Weeks, gave me the sense that the story would be told through his eyes, but minutes later the movie’s spotlight shined on another, and Weeks disappeared almost entirely from the limelight. Throughout the movie, this pattern repeats. Cooper directs the film into a lost cycle of skipping from character to character, which leaves the audience feeling as though they never had the chance to get to know anyone.

In Mass there is little to no chance to get attached to a character on Whitey’s team, so would there be a chance to get to know his enemies? No way. Virtually every character introduction, of a person who has the potential of crossing Bulger is followed by an execution.

One of these reasonless murders occurs early on in the film. This scene is unexpected, graphic, and jarring. It strikes fear into hearts as you observe, Bulger’s brutality. However, these scenes keep occurring. By the end of the film the audience has seen a copious amount of the eventually expected killings, and becomes desensitized and bored by the carnage at hand.

Being born in the Boston area and a huge fan of Scorsese’s The Departed (which was inspired by Bulger), I was enormously ecstatic for the release of Black Mass. Walking into the theater I expected that I would be able to resonate with so many familiar locations, but I was left disappointed. The Departed captured Boston lifestyles in such a precise way, so I was hopeful Mass would do the same.

Overall, I prominently feel disappointed by Black Mass. Its storytelling was erratic and sloppy, and its brightest performances were lacking in screen time. And yes, this does include Whitey Bulger himself.

While there are many negatives to be said about Black Mass there is no denying, Johnny Depp’s powerhouse, comeback performance. Depp deserved far more screen time than he had, but what he did have was gloriously devastating.

Decked out in an Oscar worthy makeup job, Depp becomes the incarnation of Bulger. Alongside nailing Whitey’s aviator wearing personna, his verbal performance excels. From moments of rage to those of little words, Depp is a haunting figure. His best performance since his nominated role in Sweeney Todd, will certainly earn him another nomination from the Academy at least.

All of this being said, Black Mass has some strong suits, but evidently feels unaware of what it wants to be. Scott Cooper holds a track record of mediocrity, and that is exactly what audience members should expect going into this dud.

Formerly I hoped that this would signal the beginning of 2015’s Oscar season, but it is yet to begin. A word of advice, save your money and go watch The Departed instead.