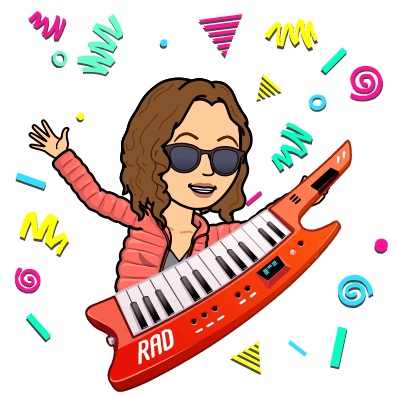 Question: Why is music getting worse with every passing year?

Answer: Whatever’s on the radio is on the radio. However, there’s more out there than just listening to what’s topping the charts right now, and, in my opinion, the more diversity in music saved on my Spotify account, the better.

So, I’m here to help. The following is a review of the top ten songs of 2017, along with my recommendations for similar, but, in my opinion, better songs.

“Believer” is an eh-track. The vocals choppy, and the song weak in power. As much as I’ve never been a big fan of Imagine Dragons, first album Night Visions is a thousand times better than this new album. Occasionally, I find myself revisiting tracks from Night Visions, such as “It’s Time” or “Underdog,” but I wouldn’t give ∃VOLVE a second listen.

Song Recommendation: Being As An Ocean – “Dissolve”

If you like the ‘pump-up’ aspect of “Believer,” you’ll certainly enjoy “Dissolve.” “Dissolve” is  a great song to run to, and the chorus makes me want to headbang. Even if screamo isn’t your thing, it’s enjoyable in increments.
#9: Migos ft. Lil Uzi Vert – “Bad and Boujee”
“Bad and Boujee” was released in October of 2016, but didn’t receive much attention until December, when it became a meme, spawning from the lyrics: “Rain drop, drop top.”

“Bad and Boujee” is trap artist Migos’ highest-charting song since 2014, and it spent seven weeks in a row in the Billboard “Hot 100” top ten.

This is a horrible song. There’s no emotion, it’s so repetitive, and the lyrics are not relatable at all, begging the question: Why would anyone listen to all five minutes and 43 seconds of this song?

“Candy Paint” was originally released in April as promotion for the action film The Fate of The Furious. The song was re-released in October as an individual single.

Though the lyrics are not relatable, the beat is intriguing and flows very easily. Plus, the reference to NBC’s hit show The Office is awesome.

You like rap? Instead of listening to all five minutes and 43 seconds of “Bad and Boujee,” try just three minutes and 50 seconds of “Candy Paint.”
#8: DJ Khaled ft. Justin Bieber, Quavo, Chance the Rapper, and Lil Wayne – “I’m The One”
“I’m The One” was released on April 28, 2017. It debuted at number one on the Billboard “Hot 100”, a first for DJ Khaled, Chance the Rapper, and Quavo. Also, “I’m The One” is the first rap song to debut at number one since Eminem’s “Not Afraid” in 2010.

But, why? There’s no appeal. The five (yes, five) artists on this track repeat some variation of “I’m the one” 40 times on this track. 40 times. FORTY. That’s ridiculous.

Skipping between verses on this song, everything sounds the same. There’s no depth. It appears as they simply tried to cram as many well-known artists into one song as possible.

If you’re a fan of the electronic sound of “I’m The One,” you should try “Pink & Blue” by self-proclaimed “anti-popstar” tiLLie. Not only does “Pink & Blue” stick in your head, unlike “I’m The One,” and tiLLie is an incredible lyricist.
#7: Kendrick Lamar – “HUMBLE.”
“HUMBLE.” is hip-hop artist Kendrick Lamar’s highest-charting single as a lead artist. Released on March 30, it debuted at number two but, later on, peaked at number one on the Billboard “Hot 100” chart. Also, it has received four Grammy nominations and won seven awards.

Personally, I’m not a huge fan, but I understand the appeal. The bass line is intriguing, and the lyrics have some meaning.

With either song, you’re surely in for a treat, so I encourage you to give them both a chance.
#6: French Montana ft. Swae Lee – “Unforgettable”
“Unforgettable” was released on April 7, 2017, in honor of French Montana’s 32nd birthday. It peaked at number three on the Billboard “Hot 100” chart, a first for French Montana and Swae Lee (as a solo artist).

Contrary to the title, the song is forgettable. To be blunt, I find it boring.

“We’ve Got Soul” was released as a single by electropop duo Chapel, but was re-released as a track on new EP Sunday Brunch.

If you like the electronic instrumentals of “Unforgettable,” you should check out not only “We’ve Got Soul,” but everything in Chapel’s discography.

Between their amazing drummer and incredible sounding vocals, I think Chapel is poised to explode in the future. So, before anyone can accuse you of jumping on the bandwagon, you’d be wise to give them a chance now.
#5: Cardi B – “Bodak Yellow”
Now, don’t get me wrong, I’m all for female empowerment and representation in the music industry, but what is this song? Not only is it so incredibly basic, the lyrics are downright pathetic.

In terms of female representation in the music industry, take a look at female-fronted band Pale Waves.

Led by a dark pop sound with heavy guitars, reminiscent of the 80s, how could you get “Television Romance” out of your head?

So, sit back, enjoy “Television Romance,” and add it to your female empowerment playlist on Spotify.
#4: The Chainsmokers ft. Coldplay – “Something Just Like This”
Let me start by saying I am so sick and tired of hearing about this awful duo who make awful music.

Not only is “Something Just Like This” lacking in depth or interest, it sounds exactly like a song you could play from early 2010. It’s a throwback kind of song and not something that I’d want to jam to right now.

Played over a whopping 250 times on my Spotify account, electropop band Hey Violet has certainly made an impact on my listening history.

With a build up to a beat drop just like “Something Just Like This,” but with meaningful lyrics, “Break My Heart” will have you dancing your pants off (not literally, though).
#3: Luis Fonsi & Daddy Yankee ft. Justin Bieber – “Despacito”
Ah, the summer hit that everyone seemed to be obsessed with. Thank you Biebs for managing to ruin a good song.

Okay, I’ll admit that “Despacito” may have been my guilty pleasure. At least to the point where it was my 74th most listened to song this year.

I can’t help it! In my defense, it’s so catchy. But, my point still stands, so screw you Justin for making it on this list twice.

Another summer hit, yet, per usual, “Reggaetón Lento (Remix)” did not receive the attention it deserves, as it features two artists that are not from the good ol’ USA.

Despite this, “Reggaetón Lento (Remix)” is an incredibly catchy song, just like “Despacito.”

“L.A. Sound” by alternative rock band Arrows in Action. This is a random choice, as “That’s What I Like” is just too good to be comparable to something else.

If you’re a fan of the sound of 2005’s A Fever You Can’t Sweat Out by pop rock band Panic! At The Disco, you’ll enjoy Arrows in Action’s “L.A. Sound.”
#1- Ed Sheeran – “Shape of You”
The most Ed Sheeran-thing Ed Sheeran has ever done is release two singles at once because he felt bad for disappearing for a year.

“Shape of You” is one of the catchiest songs known to man. I can’t help but to bop my head to the beat or mouth the lyrics.

Ed Sheeran took over the charts, and I’m completely okay with that.

Yes, I put Little Mix on this list twice.

If you like the repetitive backing track to “Shape of You,” you’ll enjoy this Latin-inspired track from the biggest girl group in the world. “Is Your Love Enough?” also features incredible vocals and the same vibe as “Shape of You” that makes you want to get up on your feet and dance.

Honorable Mentions: Taylor Swift – “Delicate”; La Bouquet – “Loser Baby”; R5 – “Hurts Good”; Waterparks – “Blonde”; Makeout – “Blast Off”; Kesha & Eagles of Death Metal – “Let ‘Em Talk”;  Lana Del Rey – “God Bless America – And All The Beautiful Women In It”; Harry Styles – “Carolina”; Paramore – “26”; Foster the People – “Lotus Eater”
Whether you roll your eyes or take my suggestions seriously, it doesn’t matter to me. I’m just happy that you’re listening to music. Best of luck to all in 2018, and maybe, just maybe, our top ten in music will be better next year.