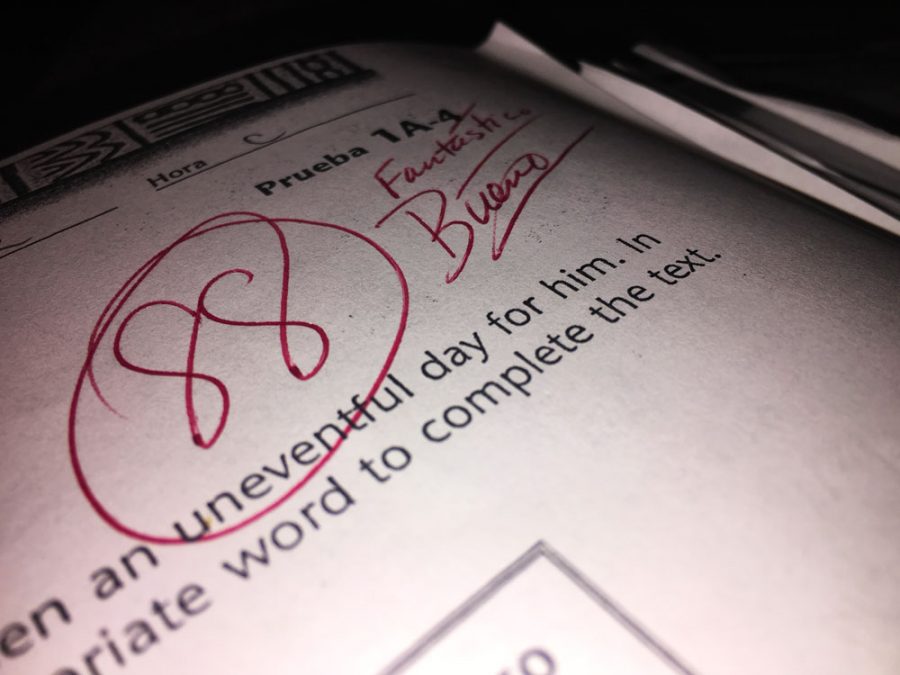 “My grades are my self-worth.”

As report cards are soon to be coming out, it’s time to take a step back and evaluate.

For the “Pressure Parents”

I’ll keep it simple. Parents, grades aren’t everything. As much as they may be important for college, keep in mind that college isn’t the right path for everyone.

For those that are on the path to college, according to the College Board, a student’s transcript is not everything colleges are looking for. Colleges also look at extracurricular activities, summer jobs and programs/activities, the college essay, and letters of recommendation.

In a poll I conducted of 60 LHS students, 31.7% of students agreed that their parents put too much pressure on their grades. 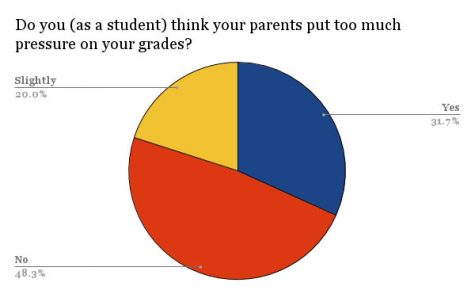 “Even if I have a decent grade in the class, [my parents] constantly ask me if I can turn in assignments that I’ve missed for more credit, even if the assignment was from a long time ago, and I wouldn’t be able to get partial credit,” an anonymous freshman said.

In that same poll, some students said that their parents threaten to take away support for college, extracurricular activities, or even their job(s) when their grades don’t meet the parents’ expectations. Is this what we want to teach our children? When you become a part of a team or you take a job, that it’s okay to bail because your grades are not up to your parents’ ideal par?

That’s not okay. When you become a part of a team or you take a job, you’ve made a commitment. You can’t just back out of that.

I get it, parents, you truly only want the best for your children, and there’s nothing wrong with being your child’s biggest cheerleader, but, when it gets to a point where your child is having mental breakdowns due to the fear of failure, that’s just unhealthy.

So, the next time your child comes home with a ‘bad’ report card, it’s best not to get in a screaming match with each other. Instead, encourage your child to do better, to work harder, and to remember that in the scheme of life, everything will be okay.

For the parents of a “Stickler Student”

Now, not everyone feels the need to put so much pressure on themselves to achieve the grades they’d like, however, in the poll, 83.3% of students polled say that getting good grades is important to them.

“I feel stupid even if I have some good grades…” junior Olivia Garvey said. “I have ADHD, so what happens is I can’t focus, my grades decline, and I get nervous. Then, I get yelled at and feel depressed about myself academically.”

“Since grades are some of the redeeming qualities about me, if I got a bad report card, I would feel disgusted with myself. But, I have got nothing below a ‘C,’ so I feel good about myself right now,” an anonymous freshman said. 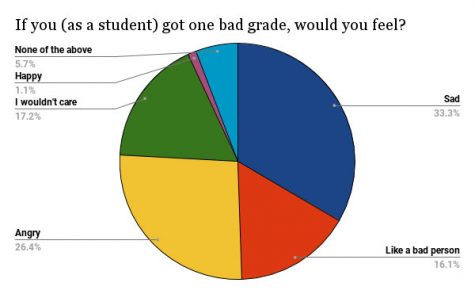 “Bad grades make me feel like a failure, like I’m worthless,” an anonymous freshman said. “I know they’re not the only reflection of who I am, but I don’t even know who I am anymore without my grades.” 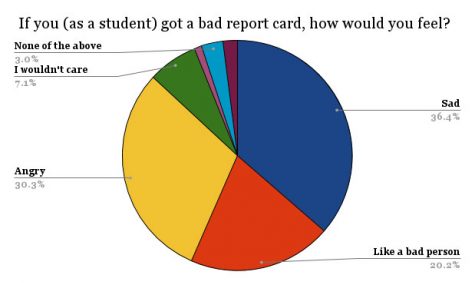 Thus, it’s your job as a parent to remind your child that grades are only a number/letter, and that your child is so much more than that. Whether your kid has an ‘A’ or a ‘C,’ his/her grades/GPA don’t define them as a person.

Also, everyone has a different way of learning and interpreting information. Sitting in school for six hours may not be the correct way for everyone. Everybody has their own struggles and successes in different subjects.

Here’s my solution: Instead of motivating students with the idea of possible failure, we should enforce the idea that school is an opportunity to explore, discover, and contribute to society and the world. Emphasis on the grading scale is only a distraction from this idea, as it just encourages those who are at the top of the scale to favor the feeling of receiving an ‘A’ instead of encouraging new ideas and creativity.

And, where would the world be without creativity?