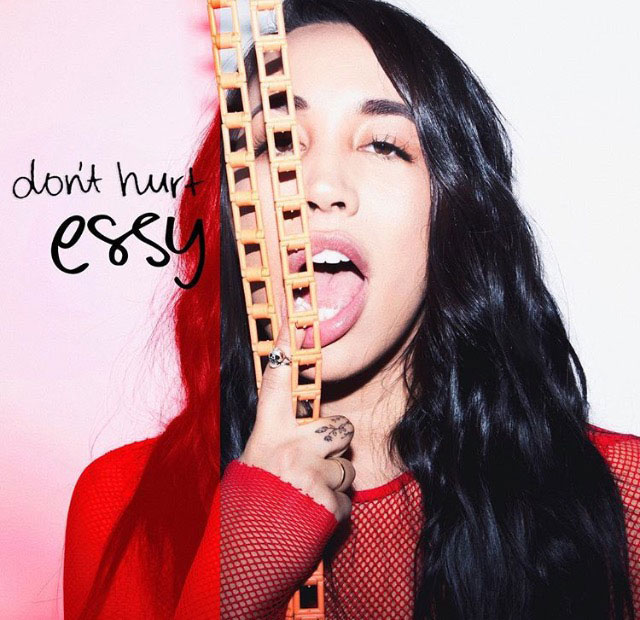 Photo by: Fair use image via Sierra Deaton’s Instagram

Sierra Deaton/Essy poses for the cover artwork of debut single “Don’t Hurt.” This R&B track was released on February 16, 2018.

Pop-solo artist Sierra Deaton has released her debut single, “Don’t Hurt,” and although I wasn’t initially impressed, the single has grown on me over time.

Deaton began her music career along with other Florida-native Alex Kinsey. As Alex & Sierra, they auditioned and won the final season of The X-Factor US.

On September 1, 2017, the duo announced via social media that although they split up as a couple and would no longer be making music together, they were about to branch off into their own solo careers.

On February 16, 2018, Deaton released her debut single under the alias Essy. Essy was a childhood nickname for Deaton.

At first, I felt “Don’t Hurt” was basic, no different from anything else you’d hear on the charts or the radio. Her vocals were so-so.

I expected more, maybe a little too much. I saw people praising her on Twitter for an incredible debut song, and I didn’t think it was all that amazing.

But now, when the chorus begins, I can’t help but groove along with the song. It’s a fun, “r&b banger,” as characterized by Deaton herself.

Despite my new-found appreciation, the lyrical content of “Don’t Hurt” is extremely repetitive. The phrase ‘don’t hurt’ is repeated 42 times in three minutes and 56 seconds, however I think the simplicity adds to the vibe of the song.

Hours after the release of “Don’t Hurt,” Deaton gave credits to her friends for their emotional support throughout the past few months. These friends included lead vocalist of indie pop band lovelytheband Mitchy Collins and drummer of pop-punk band 5 Seconds of Summer, Ashton Irwin.

In the future, I hope to see Deaton’s more emotional songwriting come into play. I’m very excited to see what is in store for Deaton.

Hopefully, as time goes on, her solo music gains more recognition; Deaton deserves it after everything she’s been through.