Pop-punk band 5 Seconds of Summer releases debut single for new album, beginning with a change to their sound 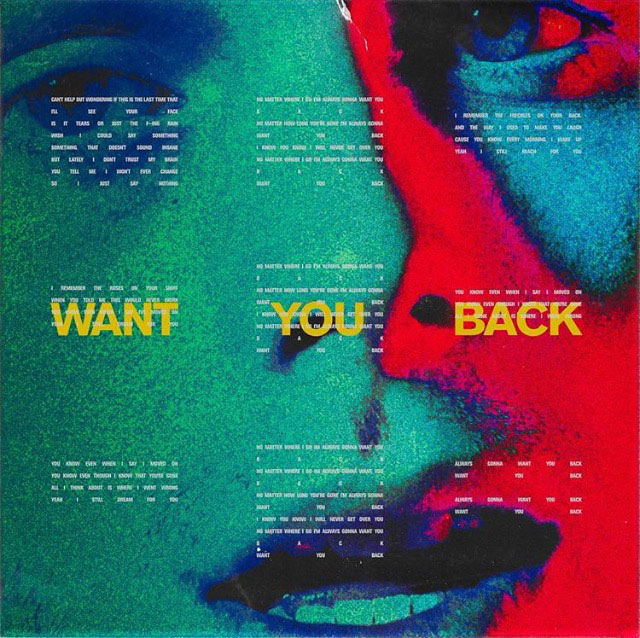 Cover artwork for lead single “Want You Back” from pop-punk band 5 Seconds of Summer (5SOS.) “Want You Back” was released on February 22, 2018, and the single represents 5SOS’s transition into a more poppier, electronic sound, as they trade harsh guitar sounds and breaking drums out for a catchier melodies and heavier basslines.

Shortly thereafter, pop-punk band 5 Seconds of Summer (5SOS) began to post and tweet pictures with cryptic captions. Finally, 5SOS announced the release of their new single, “Want You Back,” for their third album.

On February 22, 2018, at 6:55 PM, everything was happening at once. I was preparing to listen to the single, and then 5SOS dropped tour dates. Between listening to the song, eating my dinner, and trying to register as a verified fan to get tickets to the tour, I was positively stressed out, but in a good way.

I waited 588 days for new 5SOS music, and I’d more than gladly suffer a few minutes of stress for my favorite boys.

“Want You Back” begins with robotic, almost simulated vocals from lead vocalist Luke Hemmings and piano. When 5SOS premiered the beginning of the first verse of “Want You Back” during a livestream, I wasn’t a fan, but it’s definitely grown on me.

As the song progresses, the chorus caught my attention and saved the song. With pop-band Maroon 5-like falsettos at the end of each line, the chorus is stuck in my head now, and it will not be leaving anytime soon. Also, the bassline definitely reminds me of “Attention” by pop-artist Charlie Puth, which I was obsessed with back in December.

The bridge has me bopping my head along, and the second-long pause between the bridge and final chorus adds to dramatic effect and pulls the listener right back in. I am 100% looking forward to hearing “Want You Back” live in the future.

Overall, I’d give “Want You Back” 4 / 5. While I enjoy this song a whole lot more than I’d expected, it’s not as good as their last release, “Girls Talk Boys” which was featured in the 2016 Ghostbusters movie.

But, with a long wait for new music from 5SOS, “Want You Back” is a more-than-acceptable comeback for these boys. Everytime I listen now, I’m grooving along and mouthing the lyrics.

I look forward to what this album and year holds for 5SOS. When 5SOS visit Boston’s Paradise Rock Club in April, I can guarantee that I will try my absolute best to be there.