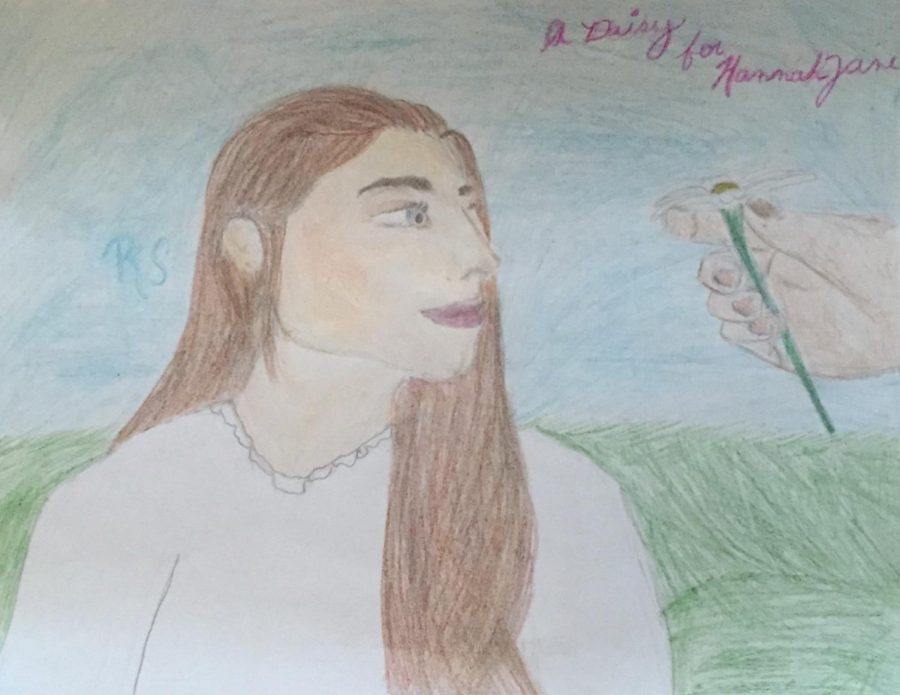 I held my breath when I looked in the direction of Mrs. Jamison’s perusal. I wanted to know what the big deal was when I heard two people whispering to each other rapidly. Straining my ears, I tried to hear where it was coming from. I couldn’t.

Everyone else was looking to the carriage rather ominously. Finally, someone — tall, dignified but awkward — stepped cautiously out of the carriage. He strode to where I was standing, eyes down. He looked like Jamison, but from what I could see, his face was covered by his hat. I spotted only his chin, which had a dusting of stubble. So unlike Jamison, but who else could it be?

I clasped my hands together primly, my heart beating like a tiger breaking out of its cage. Jamison was playing a game with me. This was the kind of thing he would do. Is he going to propose?! Oh, Jesus, help me if he does! Anxiously excited, I waited for him to scuff his way to the steps. He removed his hat and looked me dead in the eye.

“Lordy!” Harriet gasped, reaching for her husband’s arm and clutching it. “I… I thought… I thought,” she stuttered, looking up into her husband’s face for some reassurance. Instead, Caleb elbowed her lightly and put a finger to his lips. Harriet went silent.

“Excuse me, miss. You Hannah Jane?” His voice was raspy and cold. Like his eyes,just a shade lighter than Raymie’s had been. That’s odd. But still, this encounter was certainly odd.

“Yes, sir, I am.” I felt as if my existence was melting away. This was so unreal.

“Charles,” he grunted, sticking his hand out. It was worn, probably from manual labor of some sort, and obviously unwashed. He stepped around the outskirts of eye contact, embarrassed somehow.

“P-pleased to meet you, sir.” I took his hand and we shook. Firmly.

“Gunna say you didn’t sound pleased ta meet me.” He produced a makeshift smile that started near his ear and ending halfway across his mouth. “But yer hand’s strong nuff. So I reckon you wanna know more ‘bout me, eh?” His dimples were so huge.

He just grinned harder and I looked at the carriage pointedly. “Did Mr. Jamison bring you here?”

He followed my gaze. “Mr. Jamison?”

“Yes. That’s his carriage.” My blood was burning veins and arteries alike, due to the speed it was traveling at.

“Oh, ya mean the younger ‘un,” he chuckled heftily.

“You knew his father?”

“Quite well, missy, quite well. ‘E’s standing right in front of ya.”

I grabbed the doorframe. Everyone gasped with me.

After a few moments, I spoke. “I bet you were in the prison. The cell a few doors down from… your son.”

“How could you let this happen?”

I couldn’t speak. Emotion overwhelmed me like a tidal wave.

“I’ve ‘pologized to my wife too. And to my son. My living son.” His voice cracked when he added, “And I’m sorrier than life and death for whut’s happened to you and to our fam’ly. I was a fool.”

“Don’t worry about anything,” I said without thinking, “but tell God everything, giving Him thanks for everything else in your life. He will give you unwavering peace.”

I looked to Mrs. Chauldings. For a fatally ill woman, she looked…

“You are welcome in our home, Mr. Jamison.”

“Thankee,” he sobbed. His tears ran over the desert that mapped out his face.

I found a hanky Jamison had given me awhile ago and gave it to his father. “I forgive you.”

He smiled and I thought I could see Raymie smiling back. “There ain’t a greater sound in the world.”