Troye Sivan grows as an artist on new album “Bloom” 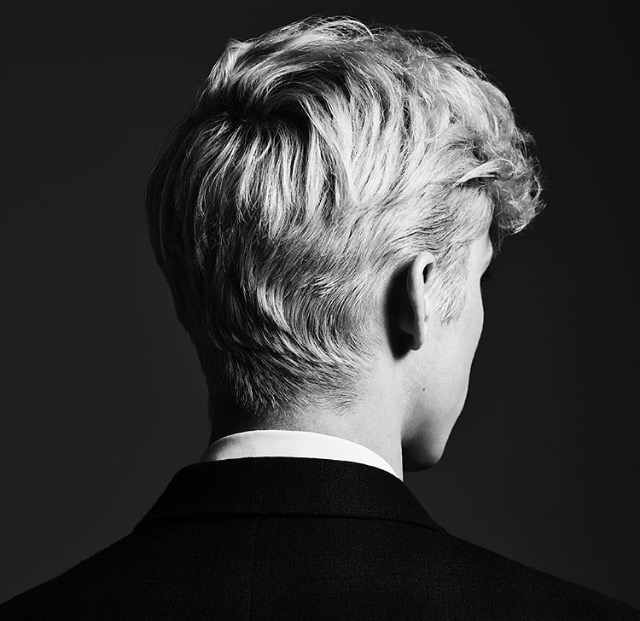 Sivan gained his following through posting covers on YouTube, beginning in 2007. He released his first EP, TRXYE, in 2014, and his first album, Blue Neighborhood, in 2015. Now, he released Bloom, his second studio album, on August 31, premiering at fourth on the US Billboard 200.

Almost three years ago, Troye Sivan described himself as “just a lost boy” on his debut album, Blue Neighborhood. Now, though, the dream pop artist made his return to the music world with the release of his sophomore album, Bloom. With only ten tracks, Bloom brings features with Gordi and Ariana Grande as well as songwriting and production credits from Bram Inscore (Hayley Kiyoko, Sierra Burgess is a Loser), OZGO (Ellie Goulding, Taylor Swift), and Ariel Rechtshaid (Adele, Vampire Weekend).

From fantastic pop jams (“My My My!”, “Bloom”) to stirring piano-laden tracks (“Postcard”), Bloom showcases Sivan blooming into the greatest artist he can be. With a three year gap between this record and the last, it is clear that Sivan took time to discover and perfect his tone, lyricism, and style.

Though Bloom is Sivan’s greatest work, it still has some flaws. The first of these, “The Good Side,” produced by Rechtshaid and Inscore, is a wolf in sheep’s clothing. The track begins with an echoing string arrangement, yet quickly descends into a quiet acoustic track. “The Good Side” is so inexplicably boring, and when it finally picks up around the 2:25 mark, the listener has already fallen asleep. With a dull minute-long fadeout, sitting through this track is an absolute drag.

On the other hand, “Plum” is obnoxious and overproduced, with distracting cycling beats and loud electric guitar. A track about how something so beautiful and pure can rot because nothing lasts forever describes exactly how I feel about “Plum,” along with the rest of this release; this bad apple is close to ruining the bunch. I can’t even make it past a minute in this track without getting a headache and skipping to the next song.

On the contrary, OZGO’s work on lead single “My My My!” is absolutely fantastic. The ad libs on the choruses sound completely natural, and with the addition of perfectly-timed handclaps and echoing percussion, “My My My!” showcases Sivan’s greatest moments.

Another great track, “Bloom,” released as the second single on May 3, 2018, has been described as “borderline bubblegum” by Sivan while talking to Coup de Main, and despite this, it works very well for him. “Bloom” is almost sequential to “Seventeen,” the first track on this album. “Seventeen” recounts Sivan’s experiences with older men on Grindr when he was 17, as he told Attitude, and “Bloom” begins by inviting the listener to “take a trip into [Troye’s] garden,” bordering on R-rated content. Despite this, “Bloom” is an absolute tune, with an extremely catchy chorus that offers danceability and incredible drumwork from Oscar Holter that deserves more appreciation.

Ironically enough, however, “Dance to This,” featuring Ariana Grande, does not make me want to dance. I find this song just falls flat. Maybe my expectations were a little too high, as I do enjoy both of these artists immensely, so I thought the collaboration would be a masterpiece, but I really don’t care for it. The instrumentals are enchanting, a nice mix of percussion and smooth electric guitar, but it shifts the focus from Grande and Sivan. It’s a shame, truly, that what was bound to be a wonderful collaboration turned lackluster.

On the contrary, the other feature on Bloom, “Postcard,” has me coming back quite often. Piano-centric, “Postcard” has Sivan realize that the other partner in his relationship is not always going to be perfect, and that’s okay. It’s a sweet, yet cutting track, and I continue to “pick it up.” To be honest, I don’t really feel like the feature was necessary here, but I do really enjoy this track.

“Lucky Strike” and “What a Heavenly Way to Die” don’t really pull me in all that much; I don’t find myself actively listening to them.

Finally, “Animal,” a nod to the 80s, addresses our animalistic qualities in relationships and features the piano and short plucks of the electric guitar that are pleasing to the ear.

My final thoughts: Troye Sivan’s sophomore album, Bloom, while lacking in some areas, excels in others. Sivan has stated that he was struggling to find what an “upbeat [Troye Sivan] song sounds like,” and I would definitely say that he achieved that with this record on songs like “Bloom” and “My My My!” However, at times, certain songs felt muted and, quite frankly, boring, such as “The Good Side” and “Lucky Strike.”

For me, Bloom receives a 7.5 / 10. I look forward to what Sivan will release in the future.