“Without Me”: Halsey gets personal on new single 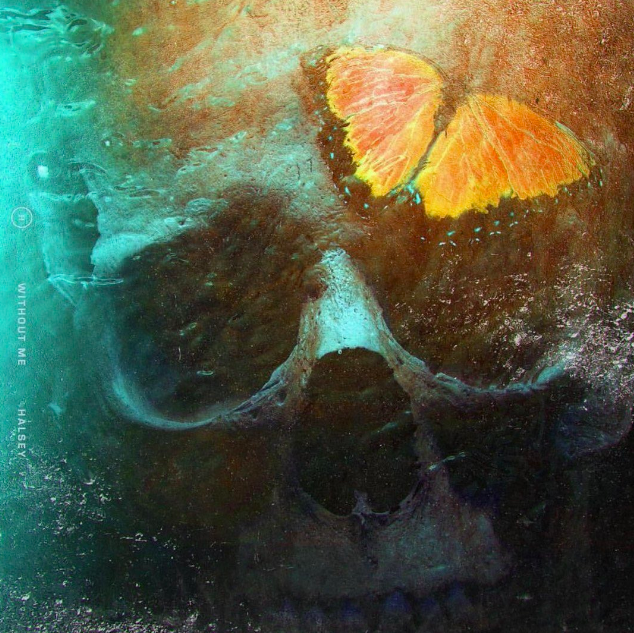 Artwork for "Without Me." This release is Halsey's first solo effort since her second album, Hopeless Fountain Kingdom, released in June of 2017.

Released October 4, 2018, Halsey offers listeners “her insides” on new track, “Without Me.” Her first solo effort since June of 2017, “Without Me” is a blend of thumping percussion, subtle electric guitar, and sorrowful piano that combine to create a dreamy, head-bopping background to Halsey’s soul-baring lyrics, hinting towards her relationship struggles with rapper G-Eazy.

In July, the two split from their long-term relationship, and “Without Me” tells of their time apart. Delivered in a potent tone, Halsey sings of how she “gave love ’bout a hundred tries / Just running from the demons in your mind / Then I took yours and made ’em mine / I didn’t notice ’cause my love was blind.”

“Without Me” is also the first track she’s ever written under her birth name, Ashley Frangipane. Halsey told Zane Lowe in an interview that “it’s not protected by some character or some subplot,” as she’s just “talking about [her] life.” While recording, Halsey let the tears flow, and though I don’t wish her sadness, it’s nice to see the intimate side of her work.

An 8 / 10, this “cathartic bop,” as Halsey says, could’ve been better. I was expecting “Without Me” to be a raw cut, perhaps akin to “Eyes Closed (Stripped).” At times, the percussion is gratuitous, and the vocoder at the end of the track sounds amazing; while I don’t suggest overusing the vocoder, it’d be nice to hear it more than just the remaining seconds at the end of the song. Overall, though, this personalized breakup track is a wonderful hybrid of R&B and mid-tempo pop and is why “Without Me” is one of the greater songs Halsey has put her name to.