EARTHGANG: “Up” and floating in eccentric sound 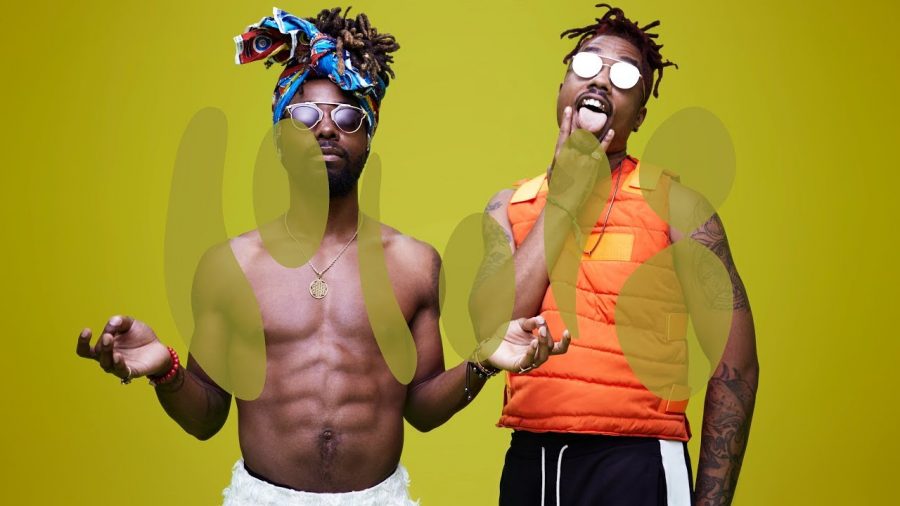 Johnny Venus and Doctur Dot of EARTHGANG bring a happiness that can seep into the listener’s soul and heartfelt passion on their new track, “Up,” which was released Sept. 4, 2018.

The lighthearted beat is sweet on the ears. A subtle hi-hat, occasional bass kick, and background vocals from Venus make this a happy and upbeat instrumental with a good kick.

At the beginning of the track, Venus takes a satirical tone when describing being on the hunt for money. The use of “greenback hunt” is slang that originated in the 1800s, and Venus uses this to show how they attempted to get out of the streets they grew up on.

Continuing into the bridge and verse one, Venus describes how he controls his own creative world: “You’re in my world now, I make the rules / I say who lives, I say who die, I save the kids.”

Quiet but smooth as the duo joins together in the second verse,  Doctur Dot brings a peaceful touch while Venus counters it with a dancing vocal range, from high to insanely low. They cite how freedom is key to their creativity, and that good can come from the bad.

Dot discusses how he helped his friends achieve fame, but his friends used him and didn’t appreciate what he had done for them. In addition, Dot criticizes how money changes people. He says, “You don’t know yourself, when you come into some wealth / You the type to let it change you / I say make money don’t let money make you.”

Does the track “Up” suplex depression into a corner? Bounce with creativity? Beam with incredible chemistry between the artists? Is this track a sight of hope on the horizon for hip-hop? EARTHGANG delivers each of these components via immense collaboration, which receives a 10 / 10 from me.