Ariana Grande encourages love and gratitude on “thank u, next” 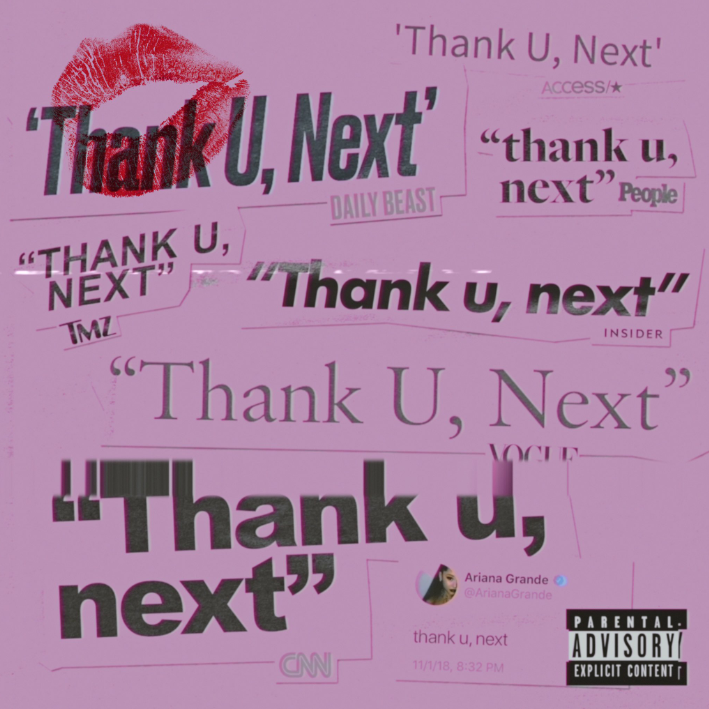 It was only six months ago that contemporary, R&B, and pop artist Ariana Grande broke up with long-term boyfriend, Mac Miller, and was quickly swept off her feet by Saturday Night Live (SNL) star, Pete Davidson. The whirlwind engagement between Davidson and Grande did not last, with their split in Oct. following Miller’s drug overdose. All of these events followed the terrorist bombing at Grande’s Manchester concert in 2017, and were mentioned on Sweetener, Grande’s fourth studio album released back in Aug.

Grande unexpectedly released “thank u, next,” minutes before the SNL show on Nov. 3, 2018. This was the lead single from her upcoming fifth album, which I absolutely loved.

The percussion is sharp, joined by muted guitar and xylophone that combine to create a piece of pop gold. Grande, along with writers and producers Victoria Monét and TBHits, constructed a tasteful and mature track about growth and positivity.

In the first verse, Grande namedrops a few of her ex-partners, ending with, “Wish I could say, ‘Thank you’ to Malcolm / ‘Cause he was an angel,” referencing Miller and his recent death. Later, she speaks about how because of her past experiences, she’s now in a committed and happy relationship with herself, “Plus, I met someone else / We havin’ better discussions / I know they say I move on too fast / But this one gon’ last / ‘Cause her name is Ari.”

The lyricism on “thank u, next” has more of an insight into Grande’s head compared to her previous albums. This release promotes independence and empowerment after tough times, which is an especially powerful message coming from Grande.