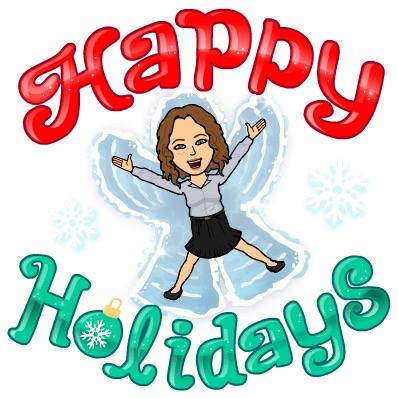 2018 is finally coming to an end, and all I can think is, Thank goodness. This year really tested my patience, between schoolwork and the music that topped the charts and simultaneously tortured my ears. However, not everything was bad, and that is what I would like to discuss today in my top ten songs of 2018.

#10) “My My My!” – Troye Sivan
Troye Sivan began 2018 right, with the release of “My My My!” as the lead single from his upcoming sophomore album, Bloom. This song always puts me in a good mood. The pillowy keyboards, handclaps and echoing percussion sound amazing while the ad-libs on the choruses feel completely natural and are always fun to sing along to.

#9) “Real Friends” – Camila Cabello
Cabello truly surprised me with the quality and genuineness of her self-titled debut, but without a doubt, “Real Friends” trumps every other song on Camila. It discusses trying to find your ‘people,’ a theme which many listeners (including myself) can relate to. It is a sharp, acoustic track with bright undertones and smooth vocals, what could be better?

#8) “Lost in Japan” – Shawn Mendes
Prior to 2018, I had zero interest in Shawn Mendes; his previous work always felt shallow, as though it lacked authenticity. Yet, with the release of “In My Blood” and “Lost in Japan,” I jumped aboard the Shawn Mendes train. The bass is groovy, while the snaps and funky strings add a level of interest that has my head bopping. Although I don’t particularly care for ZEDD’s remix of this track, the music video that incorporates both the original and the remix is cute, and I really enjoy this song.

#7) “Without Me” – Halsey
In early Oct., Halsey shared her first and only song of 2018, “Without Me”. This track is a hybrid of R&B and mid-tempo pop, with thumping percussion, subtle electric guitar, and sorrowful piano. “Without Me” was written under Halsey’s birth name, Ashley Frangipane, which adds a personal touch that is lacking in the rest of her discography. She bares her soul and the details of her rocky relationship with rapper G-Eazy on “Without Me,” and though I don’t wish her sadness, it’s nice to see Frangipane reveal a more personal side.

#6) “Jumpsuit” – twenty one pilots
The first time I heard “Jumpsuit,” I knew it was going to be on this list. Tyler Joseph’s bass work dirty and heavy, paired with Josh Dun’s frantic drumming and lush synths, I absolutely fell in love with this track. The intense build-up following the bridge was incredible when performed live. “Jumpsuit” in a way, is cinematic, and every time I listen to it, my head is banging and I just want to dance (despite the fact “Jumpsuit” is definitely not meant for dancing, but perhaps jumping).

#5) “Stuck” – The Aces
With all the fantastic work the The Aces produced this year, it was definitely a struggle to pick which track to feature on this list.  I decided, however, to include the song that piqued my interest in this band. McKenna Petty’s bassline drives “Stuck,” aided with the atmospheric guitar (Katie Henderson) and silvery vocals from Cristal Ramirez, all of which instantly received my attention as I was listening to my ‘Discover Weekly’ playlist on Spotify in mid-May. I decided to check out their debut, When My Heart Felt Volcanic, and this album continued to provide me with countless enjoyable tunes to pass the time at work or to sing along to in the shower. I had the opportunity to see them open for 5 Seconds of Summer in Aug., and I thoroughly enjoyed their set. It would not come as a surprise if they garner much more attention in the next coming months, and I can’t wait to see what follows for The Aces.

#4) “Everybody” – Don Broco
This year, I had the opportunity to see Don Broco twice, the first in March and the second in Nov. Each time, the band opened their set with “Everybody,” a song featured on their most recent effort, Technology. Simon Delaney’s work on the guitar is manic, and combined with the resounding cowbell, contrast of drummer Matt Donnelly, and lead vocalist Rob Damiani’s vocals, creates a tumultuous track that amps the energy in the venue up tenfold.

#3) “Youngblood” – 5 Seconds of Summer
After the release of “Want You Back,” the lead single from 5 Seconds of Summer’s (5SOS) newest project, the band announced they would be touring small venues (at least in comparison to the amphitheaters they’d been performing in previously) on their 5SOS3 Tour. The band decided to perform four new songs from their upcoming album, one of which was “Youngblood,” a song with everything I had ever wanted 5SOS to create. The chorus sticks like glue in the listener’s mind, with the addicting “ooh”s and resonant vocals from Luke Hemmings. Very reminiscent of the ‘New Wave’ sound that gained recognition in the 70s-80s, “Youngblood” expertly combines 5SOS’s previous pop-punk style with electronic instrumentals that feels fresh, yet familiar at the same time.

#2) “thank u, next” – Ariana Grande
Grande truly changed the game when it comes to breakup songs. “thank u, next” is a well-constructed, tasteful track about independence and empowerment after tough times, and the music video is absolutely incredible! To see my full review of “thank u, next,” I’ll link it here.

The echoing keyboards and pulsating synthesizers taunt the listener, but the guitar is much more vibrant and hopeful. What Healy catalogs is pessimistic as he shouts about how “modernity has failed us,” yet the chorus seems to offer a shimmer of hope in this deranged world.

With all that said, I look forward to 2019, both the good and the bad music the next year brings. Happy holidays, and have a safe, fun New Years! Bring on the new year.