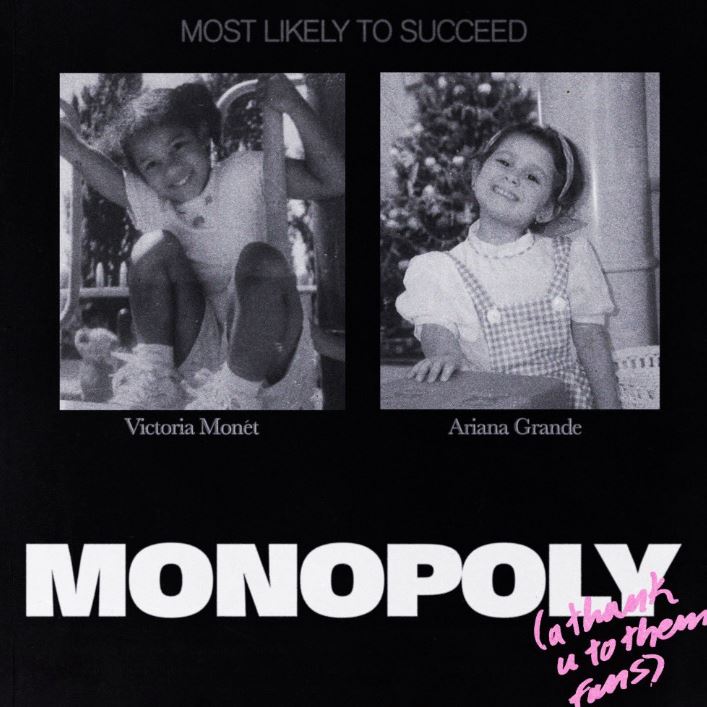 In January of this year, pop singer Ariana Grande introduced the world to “7 rings,” which has remained at number one on Billboard’s Hot 100 Chart for eight straight weeks and is arguably the most controversial move of her career so far. The track garnered attention after Grande was accused of stealing not one, but three rappers’ flows, including Princess Nokia, 2 Chainz and Soulja Boy.

Regardless, Grande is at the peak of her career, playing sold-out arena shows night after night and breaking long-held records. For example, “thank u, next,” “7 rings,” and “imagine,” occupied the top three spots on the Hot 100, an impressive feat that hasn’t been achieved since the Beatles in 1964.

As a result of her success, Grande and Victoria Monét, fellow singer-songwriter and an owner of one of the seven rings, released “MONOPOLY,” on April 1, 2019. While repetitive and simple, “MONOPOLY” is exactly the fun Grande and Monét wanted. The track was produced by their friends, Social House. The light percussion drives the song, and the delicate keys add to the vivacious feel of the track. The occasional “yuh” and “ooh”s in the background are a trademark of Grande’s, which are fun to sing along to and add another layer to the track.

Grande and Monét’s vocals are light and airy as they tell “Bad vibes [to] get off of [them].” The track is short, at only about two-and-a-half minutes, and it concludes with a small conversation between the two women, in which Grande asks Monét who “Cleatus” is. The conversation demonstrates the strong bond between the two ladies, and “MONOPOLY” wouldn’t have been complete without it.

With that said, I give “MONOPOLY” a 7.5 / 10. As much as I enjoy it, I don’t see myself revisiting the track very often; it’s simply for fun, just as Grande and Monét intended.