Beginner’s guide from a non-athlete: How to make a sports game 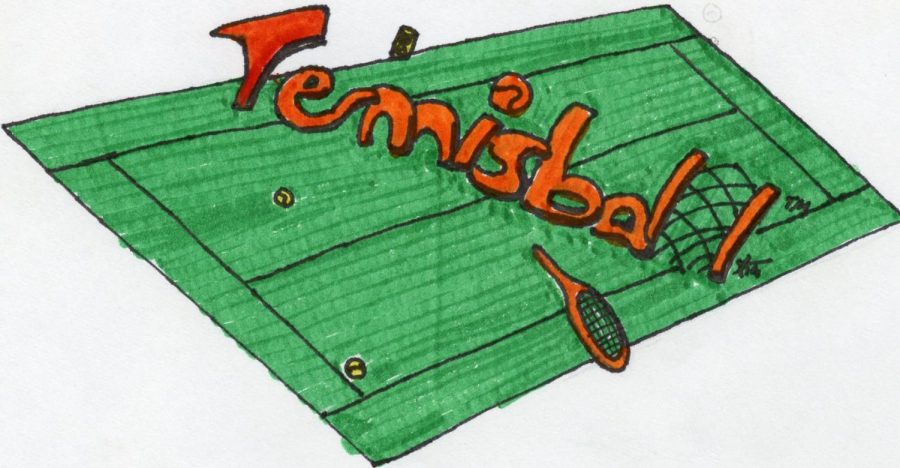 All sports have the word "ball" in their names, including this sport, Tennisball.

Every high-schooler wonders about the first day of all our modern sports. When was it decided football goals should be shaped like two-pronged forks? What decided that golf would be played on the ground? Who was the “Greek Michael Jackson?”

Well, if you just stopped being lazy and made your own sport, you can make the answers to those questions yourself.

It’s hard not to notice something about all the famous sports of our time. Football, baseball, basketball, soccerball and tennisball. They all share the communal “ball” in the name, and that’s how they’ll stay.

And why wouldn’t they? Putting a ball into the title immediately makes anything more likable in my eyes, and in the eyes of many more. That’s why I call myself Chrisball, it’s scored me at least 10 dates this week.

Don’t you want your sport to get you as many dates as me? Then add a ball at the end of the name. It’s a sure-fire strategy.

When we look over the sports above again, they also share a prominent feature of their gameplay. They all use balls in their games, not just their names.

It doesn’t matter if it isn’t actually a ball. You can just call it a ball, like a football. Anything goes, if you want to run classic you could steal the tennis ball and make it bigger, or even use a doughnut. It looks close enough like a ball to pass for one. The players won’t even notice the difference.

This is perhaps the hardest part of making a sport. What do you do? You have the ball and the name, but you don’t have anything else. Look at other sports for examples here.

Whatever sport you’re playing there is always a team to oppose you. It’s how we all improve. Self-improvement without others pushing you to do it is overrated, so get someone else to antagonize you instead.

Start out by poking your supposed rivals in the wrong way every now and then, especially when you have no reason to. Then act unreasonably angry when you meet them and lose anyway, it’s sure to draw attention to your sport.

Step 5: Put numbers on a board.

When people come to watch a game, they don’t come expecting actual people playing the game. They expect to see a big board with numbers on it, going up every now and then.

Give points for getting the ball into the goal, sure, but sometimes you just need to add numbers for no reason. It makes the people excited any time the board lights up with a new number. People will cheer, ignoring anything else that may be happening. Their wife is leaving, they’re soaking wet with rain, or they got a concussion from falling over into the grass. But all that matters is a big board.

Step 6: Be satisfied with yourself.

The best step of the bunch, laying back and enjoy your work. Be lazy. All the other people are doing your work for you now. Those teams will bash heads against each other for centuries, and you’ll be making mad cash off their publicity. What was the saying? “The rich get richer.”