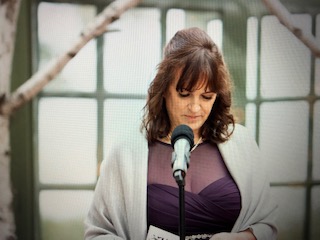 When Kim Kerns was an assistant working at Moose Hill for four years, she never envisioned herself as a freshman science and sophomore biology teacher here at LHS. One of the many reasons why students admire her is because of her philosophy, which is all about kindness.

“The hardest thing for me to watch is people hurting one another,” Kerns said. “It’s easy to be a bully, but being kind is number one in my book.”

Starting the Books & Beyond reading program, which is currently in action at Matthew Thornton Elementary School, was Kerns’ stepping stone to the career she has built herself. The program helps younger children read and write.

Kerns also initiated Heal the World Club in May 2017 after sponsoring an orphan in Africa, who later visited Kerns and some of her students. Kerns wanted to inform students about the serious lack of water sanitation that lead to malaria and HIV where her sponsored orphan used to live. Heal the World’s efforts have led to the recent finishing of a school in Kenya, which they had raised funds to build.

“Students realized that they took their education for granted and wanted to help,” Kerns said. “Heal the World is led entirely by the students.”

However, Kerns’ radar isn’t focused solely on her clubs. When she isn’t at home, Kerns is enlightening students in her classroom and thrives in doing so.

“I love interaction with students,” Kerns said. “I want to help them be successful in all of their abilities so they can be the best they can be, whether that means getting an A or a C.”

Kerns makes a lasting impression on her students in the courses she teaches.

“Mrs. Kerns helped strengthen students who didn’t do well in science before having her for a teacher,” sophomore Jazz Conde said. “She helped me understand science better when I was in her class last year.”

For Kerns, LHS has been a place where she can feel comfortable in her career and appreciated in the Londonderry community.

“The population of students here are wonderful and phenomenal people,” Kerns said. “The administrators and staff are also welcoming and easy to work with.”

Kerns strives to get to know all the students she crosses paths with. It is very important to her that her students’ needs are met, and that they develop skills for the real world while in high school.

“I think teenagers are interesting. It makes me feel young to be able to be around them all day.”

Kerns is passionate about helping students use new strategies to understand difficult concepts in their science classes. She finds their accomplishments in their assignments to be rewarding for both her and the student.

“I think students should be more relaxed,” Kerns said. “Less stress is good for them.”

Kerns is a beloved teacher here at LHS, and she aims for “meaningful” lessons to give her pupils. With her principles on kindness and success, Kerns makes herself a happy living she is proud of. But the students are the ones who make her feel purposed the most.

“I used to work in poor, depressed areas,” Kerns said. “But no matter where I go, it’s always been bonding with the students that makes teaching worthwhile.”