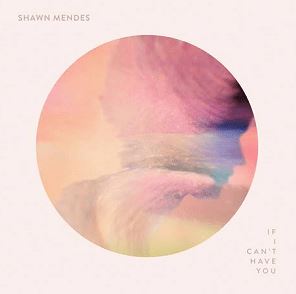 Shawn Mendes and his team announced on April 30, 2019, that he would be appearing as a musical guest on Saturday Night Live in May. As a result, rumors began to circulate around the internet of Mendes releasing new music before the show. Additionally, Mendes’s manager, Andrew Gertler, began to tease on Twitter of, “big things” to come.

Four days later, Mendes tweeted a link to a website that would allow the user to pre-save his newest single, “If I Can’t Have You,” as well as order merch specifically tailored to that song. Two days later, on May 3, 2019, the single was released.

The sly guitar of the verses, coupled with a steady, continuous beat, leaves Mendes’s vocals to drive the progression of “If I Can’t Have You.” The pre-chorus builds anticipation with its addition of light, boxy percussion, and the piano provides a smooth transition from the pre-chorus to chorus.

The chorus is fun; the choir and piano provide an energetic atmosphere that gets my head bopping and my feet tapping. The high note in the final chorus was executed well during Mendes’s live performance on SNL, and it’s nice to see him pushing himself in his vocal performance.

With that said, the bridge is a bit repetitive—well, actually, the entire song is. “If I Can’t Have You” gets old fast, and the song feels cheap to me after Mendes explained where his inspiration came from: The 1975.

In October of 2018, The 1975 released the energetic “It’s Not Living (If It’s Not With You),” which features bright guitars and a juxtaposition between dark lyrics and upbeat instrumentals; the track also features a choir. The 1975 did it first. I said this even in my album review of Mendes’s latest record, Shawn Mendes; Mendes is still struggling to find his musical identity, and while that’s okay, he borrows too much from those he is inspired by.

So, overall, I don’t see myself coming back to “If I Can’t Have You” often. While, yes, it’s a fun, enjoyable song to sing along to, it’s repetitive and can be old fast. With all that said, I give “If I Can’t Have You” a 5 / 10. Hopefully, Mendes explores his artistry and finds a unique identity.