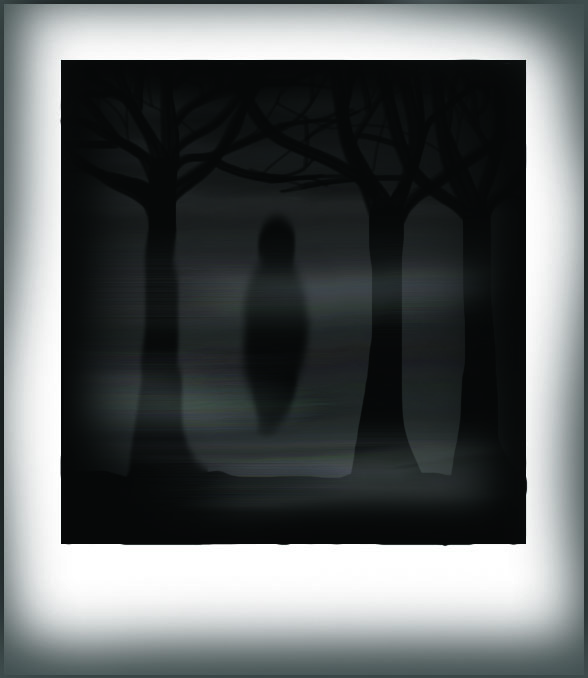 Zachary Park put one hand on top of the black mailbox as he unlatched the door with the other. He removed the contents from the box and flipped through the many letters and subscription magazines as he made his way back towards his house. Typically, the majority of his mail was credit card bills and sports publications, but something was unusual. A tiny, bright red letter was on the bottom of the pile, almost slipping between his fingers and into the grass. Zachary caught it, and shoved it into his grasp with the rest of the junk.

Once inside, Zach tossed the pile of mail onto the kitchen table and snatched up the red letter, examining the envelope. There was no return address, no delivery address, no stamp. The letter had been delivered by hand. After dismissing the idea that it was from the IRS, curiosity got the best of him and he tore it open along the fold. He shoved his hand into the envelope, feeling a glossy card between his fingers. He pulled it out and found himself to be looking at the back of a Polaroid photo. He flipped it over and in a split second he threw it across the kitchen. It landed safely on the countertop, facing upwards. Zach collected himself, then made his way back to the Polaroid. In the picture was something terrifying. It seemed to be a very tall humanoid figure, floating a good few feet above the forest ground. Its eyes were black voids, and its mouth was a sickly twisted frown. Long rags were loosely hanging from the demon’s arms and legs, and the parts of its body that were exposed were nothing but pale skin and bone. The photo was in black and white, only enhancing the shadows in the background. Zach cursed at himself silently for being such a baby, and threw the picture in the trash. The rest of his mail gave no more surprises, and he plopped down on his living room couch to relax.

Some time later, Zach found himself dozing off on the sofa as the sunlight slowly disappeared outside. He would drift off just slightly, then snap awake after only a split second. It was during a particularly boring episode of a crime show that he decided to turn off the TV and retire to his room. He groggily made his way along the hallway that ended with his bedroom, and threw himself onto his bed. Pulling up the covers to his chest, he yawned dramatically and gave in to fatigue. Dark grey and white swirls filled his sleep, and he dreamt of them spinning around each other, eventually forming a square. The next thing he could make out whilst unconscious was a trash bag, which opened before him, spilling its contents on the floor. The face of the demon in the Polaroid was on top of the pile of garbage, and Zach snapped awake in a cold sweat.

The first thing he registered was the glossy card stock piece of paper in his right hand. The Polaroid. The second observation was his new location. He was no longer in his bedroom, but kneeling down on the kitchen floor in front of a pile of garbage. He had been sleepwalking, and had dug out the photo while doing so.

It was still dark outside, and the oven clock read 3:42 AM. He slid the photo across the floor away from him, and grabbed a broom and dustpan. Miserably sweeping the trash back into the bag, he constantly glanced back at the horrific image of the demon looking up at the ceiling. He used a paper towel to pick up the last piece of disposed chicken wings he had ordered the night before, and threw it in the trash bag. He picked up the bag and dropped it the wastebasket, leaving the top open to finally get rid of the Polaroid that still lay on his floor. He turned to it, and jumped backwards, slamming his head into the wall. The demon in the photo had turned its head and was now looking directly at him. Zach ran over to it, grabbed it, and stomped on the pedal that opened the top of the wastebasket, and held the photo over trash.

It wouldn’t fall. He couldn’t let go of the photo, even though he wanted to. It wasn’t stuck to his hand, but something in him wouldn’t let it be thrown away. He stood frozen there for a couple of minutes, then stepped backwards. In a fit of rage and confusion, he grabbed a box of matches off of the top of his refrigerator, and struck one along the rough side of the container. The tip burst into flames with a quiet crackle, and he brought it towards the photo. With an inch between the corner and the fire, his hands stopped moving altogether. The match continued burning, but he couldn’t get the two objects to make contact. With all of his physical and mental strength, Zachary still could not destroy the photo. The flames ate away at the match, and began burning the tip of his finger, but he couldn’t draw his hand away anymore. He couldn’t move at all. He stared at the eyes of the demon. They seemed to begin moving and the demon slowly turned its head back at him. The fire extinguished itself between his fingers, leaving a bright red mark on his thumb and index finger, and he dropped the blackened wood, but not the picture. Wind blew through a window he didn’t know was open, and in his peripheral vision, he could see the curtains almost hit the ceiling. The demon slowly grew larger in the frame, as it was getting closer to him. Zach’s heart began beating significantly faster, and he could feel something trying to find him. Fear filled his mind, and he tried with all of his might to look away with no success. The slight sounds around him began getting louder, and he could hear everything. He could hear a mouse in the wall, a floorboard settling in the next room over, and something getting closer. The beating of his heart grew terrifyingly quick, and he tried even harder to throw the image away from him. The demon’s face took up almost the entire frame, and its frown slowly turned to an elongated smile. Zachary began to scream in horror as he felt himself bringing the photo closer to his face, and the voids in the places of the creature’s eyes grew larger, and bore deeper into his soul. Still, despite his unnatural pulse, his heart beat grew quicker and quicker. The sounds around him grew deafening. Quicker, still quicker. Something was right there, the demon’s face began to take up the entire photo as Zach brought it closer to him against his will. Quicker, still quicker! His scream seemed to shake the glass in the sink next to him. Zach could feel the blood pulsing through his veins so incredibly quick that they were beginning to burn. QUICKER, STILL QUICKER!

It took three days before Zachary’s body was found on his kitchen floor, holding a Polaroid picture of an empty forest. He was only thirty-four.