Welcome to the Rhapsody. How My Chemical Romance channels a Queen classic. 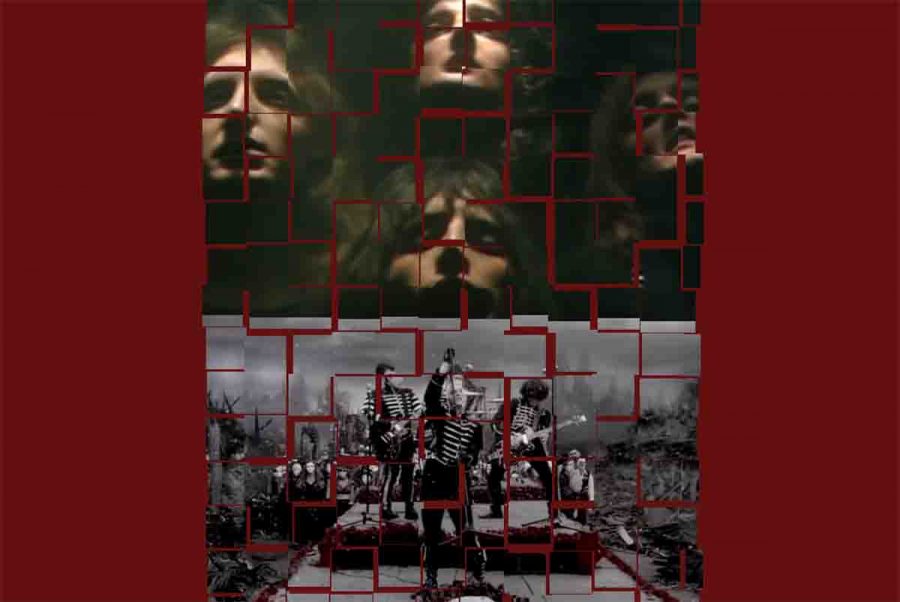 "Bohemian Rhapsody" by Queen and "Welcome to the Black Parade" by My Chemical Romance: Two different eras, two different artists, two different minds, but one common dream: to create a masterpiece, dissident to mainstream music. Both songs accomplished it, both songs embody it, and both songs are ultimately dreamers’ dreams put to reality.

Bell bottom jeans, a new fear of killer sharks, Gerald Ford, and a mishmash of operatics, ballads, and hard rock in a single track; the year is 1975, and Queen just released their decade defining, symphonic rock song: “Bohemian Rhapsody.”

The hodgepodge of brilliance that is “Bohemian Rhapsody,” took over radio stations and has been blasting into listeners ears ever since.  The cultural takeover of such an oddly constructed song was an anomaly.

Yet in 2006, unbeknownst to many average music listeners today, lightning struck twice with My Chemical Romance’s “Welcome to the Black Parade.”

Both tracks open with an evocative piano ballad.  Paired with either the anomalous, balletic voice of Freddie Mercury, or the sinister, haunting tone of Gerard Way, the ballad commences the start of a true, vivid, musical journey.

“Welcome to the Black Parade” intro.

“Bohemian Rhapsody” intro.
After the chords and keys of the ballad have been punched into your mind, each track transitions into a slow, driving, anthem-like halftime section.  This is where Queen breaks out the operatics, and My Chemical Romance initiates their sonorous snares.
“Welcome to the Black Parade” half-time

By this point in the listening experience both songs have kicked into their fast, crescendo, double time sections, as the “rock” in rock-opera is let loose rambunctiously.  Cranking guitar licks, thunderous drum tracks, and pure hard rock are unleashed in a scintillating musical pinnacle.
“Welcome to the Black Parade” double-time

After the barrage of the double time, both tracks wind down with an eerie, fading send off.  Ultimately finishing the echoing tracks the same way they started, together, dissident to mainstream music.

“Welcome to the Black Parade” wind-down

Not only do the kindred tracks share similar structure, but they also parallel each other through their instrumentation.

Both tracks build upon their anthemic motifs through booming, layered vocal harmonies.  The layered tracks create the sound of a chorus. Gaudy, boisterous, and beguiling, the vocals add another element towards the “wow” factor of both songs.  Because what’s better than one Freddie Mercury or Gerard Way singing? Fifty of them.

The loud multilayered tracks don’t stop at the vocal performance; the big sound of both songs effuse into the iconic layered guitar leads.  Whether it be Queen’s Brian May, or My Chemical Romance’s Ray Toro, the vivacious sound of countless guitar tracks creates a headbanging, masterclass of what music should be.

In the final act, both tracks explode into huge orchestrations.  Superfluous, and dastardly, every instrument you can think of is unleashed in a barrage of music, a true wall of sound.  Like a rocket taking off, t-minus ten to one in the blink of an eye, the final section would leave even Phil Spector rendered speechless.

Despite the similarities between the two songs, the point that they are similar, not the same, needs to be underscored.  Each has its own sound, its own theme, its own story. To group the two songs as carbon copies of each other would be a disservice to both bands.

Queen takes the listener to a night at the opera for the duration of “Bohemian Rhapsody,” while My Chemical Romance marches the listener through a parade.  The difference in motifs gives each song unique qualities: operatics versus heavy snare, falsettos versus power. They create two different stories, alike only in their flair, grace, and lucidity.

Each song is different, playing on different emotions, different genres, and different sounds; however, what makes them kin more than any instrumentation, song structure, or use of dynamic contour, is their effect.

Each song evokes a real, visceral, emotion.  Each song is the brainchild of an artist ahead of their time.  Each song is a meandering six minute track, that despite being created in a world of three minute singles, would never be skipped.  Ultimately, each song is like a dream: only ever meant to exist in a world far from this one– yet exist they did, and listen we shall.
Full versions of “Bohemian Rhapsody” and “Welcome to the Black Parade”