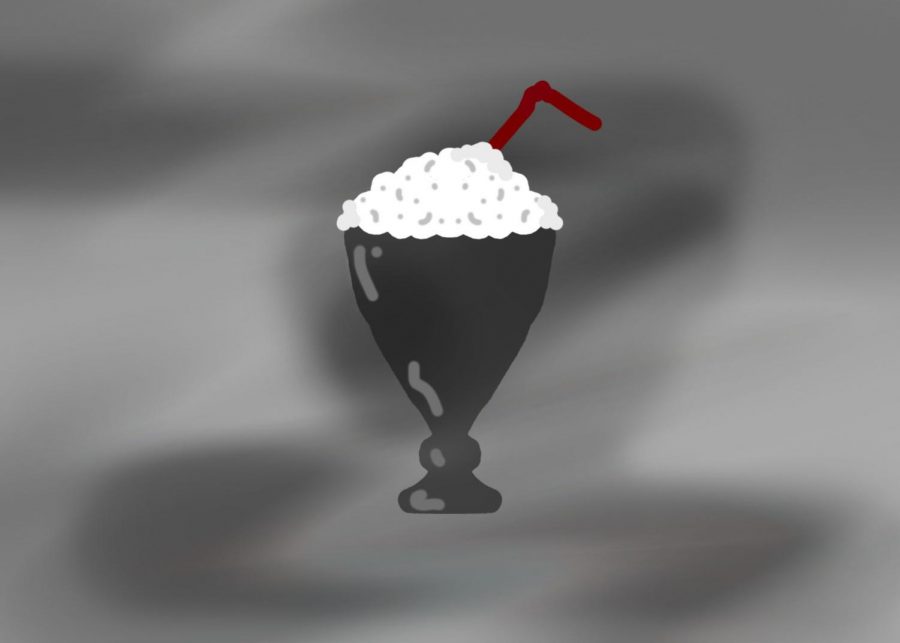 It was December 25, 2018. In the deepest parts of the Maine forests, Bears Diner sat

alone, surrounded by trees and an intense sense of nothingness. The day was quiet, as a light cast

of snow fell from the sky. Cars were driving the dirt road, the only road that led to just about

everything, leaving dips in the snow as it continued to fall.

I was sitting at home near the fire with my hot chocolate in hand when my phone rang. I

lifted my phone from the table at my side and checked the screen. Three names showed up as a

up, leaving me to be the last to join. They wanted to confirm our plans for the day; meet at Bears

Christmas day for the past three years, so we always met at the same time. Everyone agreed to

the plan and we gossiped a little more afterwards, like girls do.

After we all hung up the phone, my stomach felt unsettled as Thalia and Sasha called me

directly after. As the phone rang, I couldn’t help but feel nauseated. I picked up the phone once

more and confirmed another plan, one that Jenn could never know about. The conversation was

quick and quiet. We all said one phrase to each other for confirmation that chilled my bones as it

left my mouth, “Today is the day” then the phone went dead.

It was getting close to 4:00 p.m. so I figured I would leave, considering the snow had

picked up. I didn’t want to be late as the three of us, excluding Jenn, wanted to be early to put

everything in order. Thalia would make the milkshakes before we got there and have them ready

for us like normal. As I got into my car, my chest started to pound, filling my brain with the

sound of fear. The thought of what was about to happen made me second-guess our decision, but

I knew that even if I backed out they would still go through with the plan.

This drive was different than normal. I didn’t play any loud music, I wasn’t on a call with

one of my three friends, I was quiet, and still. My thoughts were running like something was

chasing them down and I couldn’t seem to think clearly. Tears rushed to my eyes and one strolled

down my face. I thought to myself, why am I crying? What is causing this reaction? Then I

remembered where I was going and what I was about to do.

Pulling into the Bears Diner parking lot, I saw that Sasha was already there. Sasha

walked out of her car as I did, we walked in together. The sound of my door closing right in front

of me made me think about how I could back out now, but my feet kept moving and didn’t stop.

As we walked in, Thalia was standing right by the door.

Right away Sasha asked the question I was dreading, “Did you do it?”

Thalia responded quickly but quietly, “Yeah, like ten minutes ago so it would sink in.”

My mind immediately faded and I kept thinking about what we were doing. Ten minutes ago Thalia dumped a vial of poison into the milkshake our friend was about to drink.

As I was spacing out, I heard a faint yell of my name that crept louder and louder, “Sarah. Hello, Sarah are you okay?” I realized it was Sasha and not just the voice in my head.

“Oh um, yeah I’m fine,” I respond as we walked towards the booths across from the tabletops. We sat in a window seat and saw Jenn walk through the door.

“Remember, don’t touch the red straw, that’s Jenn’s.” Thalia reminded us. Jenn walked through the door looking delighted, which made my stomach churn. If only she knew what was about to happen, I doubt she would look the same. Jenn sat at the booth with us, her on the outside sitting next to Thalia who looked surprisingly happy for what was about to happen. Sasha and I both looked at each other with a sense of regret already plastered on our faces. When I looked at Jenn, I wanted to turn back. I didn’t want to do this anymore. I could tell Sasha felt the same. The guilt was radiating off of her as it was me. But looking at Thalia gave me the chills. She didn’t seem guilty in any way, she looked emotionless except for the smile on her face running ear to ear.

As we brushed off the feeling of guilt, Jenn started talking about her new puppy, which made us all smile. The pictures of a little golden retriever were all over Jenn’s camera roll. This little dog was the cutest thing I’d ever seen, and I forgot about the plan. Then, Jenn began to talk about how she couldn’t wait to see this puppy grow up, and the feeling crept back into my stomach. I knew she wouldn’t see the future, and she didn’t know, and that made me sick. I wanted to crawl into a ball and forget we even thought about doing this.

At this point none of us had touched our milkshakes. Thalia brought it up. She said that they would be bad if we didn’t drink them soon. Sasha and I sat back into the booth and waited for Jenn to grab hers. A quick second later, we shot back up as if someone just shot us in the back. Thalia grabbed the red straw. Maybe she forgot, or maybe she didn’t realize, but as she looked at both of us and nodded her head, straw in hand, we realized that she knew what she was doing. We couldn’t say anything, though we wanted to. If we did, Jenn would know.

“What’s wrong, you guys look like you just saw a ghost?” Jenn questioned as she saw the terror on our faces. As Sasha and I looked at each other we laughed falsely as if to make it seem like we just got the chills. We grabbed our milkshakes even though Thalia just commited suicide by drinking the wrong milkshake. I didn’t know how to feel. Maybe a sense of relief, maybe confusion, sadness, maybe all three. All I knew was that I didn’t feel good. Everyone else was heading home, it was around five o’clock now and the snow wasn’t stopping anytime soon. Jenn started saying how she felt this weird pain in her stomach. Sasha and I agreed with her that our stomachs felt weird although we knew why. It was the poison.

Why was Jenn’s stomach hurting if Thalia drank her milkshake? I mean, Sasha and I knew why our stomachs hurt, it was the feelings, tightening up inside making us feel like we were going to puke. But what was even more unsettling was the fact that Jenn was feeling this way too, and Thalia looked happier than normal. Actually kind of creepy.

“I hate all of you.” Thalia said out of nowhere.

“What?” Sasha and I said simultaneously with a bit of nervousness in our voices.

With no one being in the diner she repeated herself, only louder, “I hate all of you.”

“Stop joking around,” Jenn said with a laugh in her voice, “You’re being weird.” Thalia continued to smile as she looked each of us in the eyes.

“ Oh, I’m not joking, Jenn. You know, all three of us, Jenn, we planned to kill you. I don’t think you knew seeing as you walked in here happy as a clam, but we did.” Jenn looked frightened as Thalia gave her the creepiest smile I think Ive ever seen. “But I wanted all of you

We all looked at each other. We knew Thalia had a little crazy in her, but we didn’t have any idea what was happening. Sasha and I looked at Jenn with regret, my eyes filling with tears at the thought of what we were going to do to her.

The three of us looked at each other and got up immediately. As I went to stand, it was like my feet gave way underneath me. I fell to the ground as my head started spinning. As I looked to my left I saw Jenn and Sasha on the floor as well. My head was spinning in slow motion with the lights flickering on and off. All I saw was a blur, I couldn’t move, and even if I could, it felt like it took years to move and inch. I opened my eyes and saw through the blur Thalia’s blonde head of hair gleaming over me. I saw her hand motion towards me and then darkness covered my face. It got continuously harder to breathe. A tingling sensation came upon me and my eyelids grew closer and closer together. When they closed I tried to move, but couldn’t, and my thoughts surrounded me. She had tricked us. This was her plan along. She poisoned us all, killing us, leaving us for dead. Why did she want Sasha and I dead? I mean I know why Jenn was going to die, we all couldn’t stand her, her outbursts and self pity ruined our relationships. But why us too? What did we do to make her betray us, that’s the question we will never know the answer too, as she walked away and we lay on the floor, wasting away in Bears Diner.