The man behind the bars: Elghazal reveals the making of the Pinkerton diss track “Astro Clown” 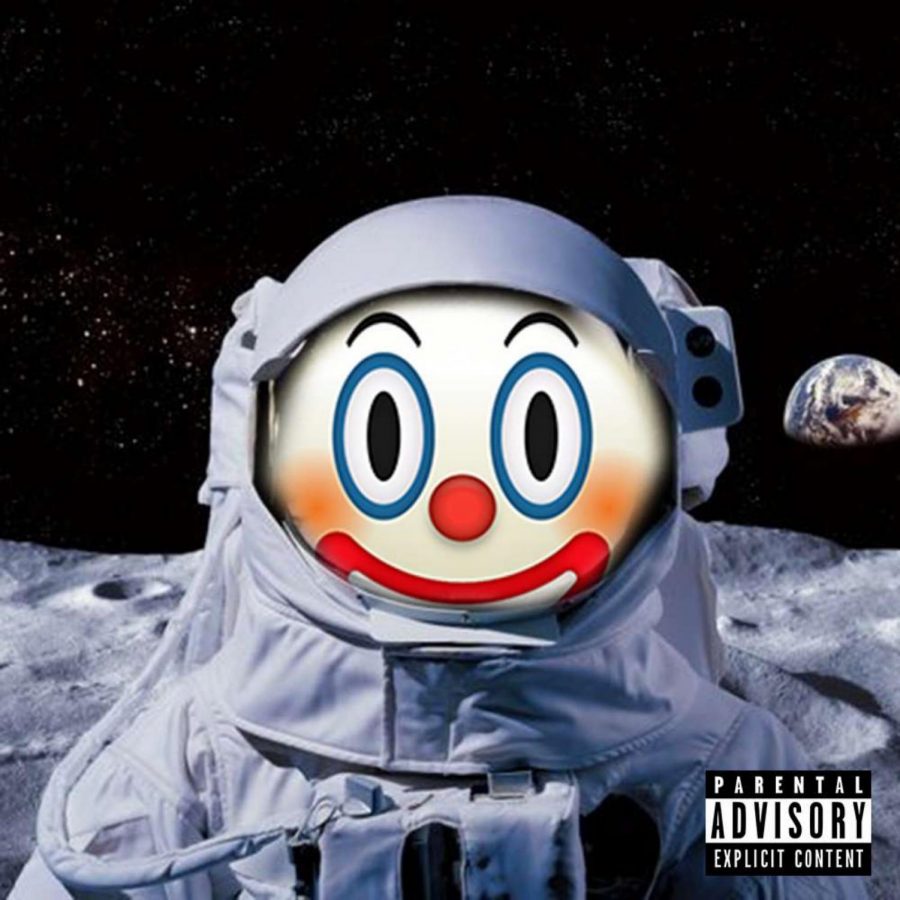 Junior Caden Elghazal creates an album cover for his Pinkerton diss track, "Astroc Clown." The album cover was later printed onto t-shirts that Elghazal sold around the school.

Every year in September the greatest rivalry in New Hampshire high school athletics takes place: the Londonderry vs. Pinkerton battle for Mack Plaque. It seems like every year each school comes up with a cringy diss track, trying to get in the opponent’s head. This year, however, LHS junior Caden Elghazal, a.k.a. Frizame, took the rap to a different level with his song “Astro Clown.”

“I literally did nothing for an entire day,” Elghazal said. “I stayed up all day writing the lyrics, recording, and editing to create the best rap possible.”

Elghazal began his rapping career about a year ago. His rapper name,“Frizame,” came from his YouTube channel where most of his content was Call of Duty. The name is a combination of free style and the word “aim,” which is a Call of Duty reference. Elghazal has always held onto this name.

“I’ve always had the name, whether it being my online gamertag, YouTube name, so I just stuck with it,” Elghazal said.

After viewing the diss track that the Pinkerton kids wrote titled “Londonderry Lancer Diss,” Elghazal saw the opportunity that was presented to him. He knew he had to clap back, and he did exactly that.

“I knew right away I needed to make a response because I knew I could top their rap,” Elghazal said.

The song he created, “Astro Clown,” sky rocketed right away. Elghazal was getting more attention than ever. The song is currently sitting at 2,500 views on YouTube.

Along with the views, Elghazal has racked up over 50 subscribers on YouTube and gained a large following on Sound Cloud. Not only did he receive attention from the LHS fans, but the LHS football team bumped and blasted his song to get pumped up for the Mack Plaque game.

“It felt good to get the attention and a bit larger following on my accounts,” Elghazal said. “Also knowing that the football team played the song made me feel accomplished.”

Not only did Elghazal hit it big on the lyrics, but he picked up some dough because of the song. He decided to make shirts with the album cover of the song on them, charging $10 per shirt.

“I decided to sell the shirts when I made one for myself and wore it to school, and everyone went up to me and asked if I was selling them,” Elghazal said. “Right away I knew I had an opportunity to get some serious cash.”

The demand for the shirts was so high that Elghazal had to put students on a waiting list of over 30 people. He brought some more into school and they sold out right away.

“It was so crazy,” Elghazal said. “I had to go home right away and literally make about 50 more shirts.”

Not only does Elghazal excel in the studio, as he excels in the classroom. He is currently ranked second in his class. It is crazy how the man can do so much. It is a lot of work for Elghazal to balance his rapping career and school life. Elghazal is a talented high school student who has a bright future, and looks to be going in the right direction.

“In a world where possibilities don’t always meet the eye, you have to take chances,” said Elghazal.