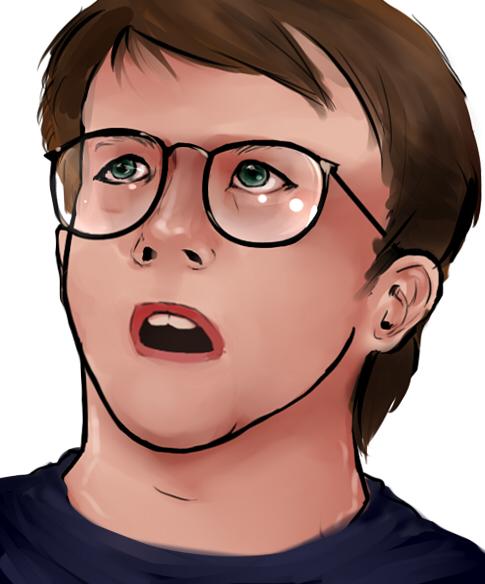 As trick or treating becomes a thing of the past for many high schoolers, the annual tradition of watching horror movies replaces it. Having such a massive filmography, the horror genre has many great movies but also countless flops. For each week leading up to Halloween, we will be giving you a list of the best horror movies of three different sub genres including comedy horror, modern horror, and classic horror. So when you are deciding what to watch, check out these lists for the best recommendations.

This week’s list is for horror comedies. The movies on this list all have horror themes, but we are rating them based purely on comedic value.

From Dusk Till Dawn (1996) R: Taking place in the unofficial “Tarantino Universe”, Director Robert Rodriguez tells the story of several humans who become trapped inside a Mexican bar packed full of murderous vampires. The movie relies heavily on the action scenes between humans and vampires, and while it is not specifically a comedy, it never takes itself seriously and becomes quite a fun ride.

Planet Terror (2007) R: Planet Terror, another Rodriguez film from the same universe as Dawn, takes place in a small town that has become the victim of an experimental bio-weapon. When many of the town’s citizens turn into zombie-like creatures, a small group of colorful people are left to fend for themselves and escape. Having incredibly over the top action, Terror delivers many quasi hilarious moments of body-horror that make this another exciting trip.

Leprechaun in the Hood (2000) R: There has never been or will ever be a franchise like Leprechaun, and it all comes to a glorious head in its fourth time around. When three young rappers struggle to find a label, they decide to rob a pimp named Mack Daddy. Upon stealing his gold they simultaneously awaken an evil leprechaun. From there, war breaks out as Mack Daddy and the leprechaun attempt to reclaim their gold from the rappers. Only speaking in rhymes, the leprechaun goes on a hilarious and strange killing spree. It is a horribly paced, acted, and told story, but it can be a fun movie to make fun of on a laid back Halloween.

The Lost Boys (1987) R: Joel Schumacher has a dubious legacy in Hollywood, but 1987’s The Lost Boys stands out as the best of the bunch. A young Kiefer Sutherland, teenage vampires, and Corey Feldman converge to make a film that shifts from the frighteningly intense to the sidesplittingly funny. A stellar soundtrack, talented young cast and dark, brooding cinematography adds up to an underrated classic cult flick that plays to those looking for both thrills and laughs this Halloween.

Tucker and Dale vs. Evil (2010) R: Unlike most horror films Tucker and Dale has no enemy. The closest thing to an enemy in this movie is stupidity and misunderstanding. In this horror spoof, the protagonists are the stereotypically creepy hillbillies. The horror aspects come from a group of teens who mistake two innocent rednecks on vacation for kidnapping serial killers. When one teen nearly drowns while swimming, hillbilly Dale is to the rescue. The other teens see this as a kidnapping and plan their retaliation. The movie is filled with very witty dialogues between Tucker and Dale and cringeworthy slapstick comedy when characters are accidently killed. Tucker and Dale is a perfectly enjoyable comedy and light hearted fun for Halloween.

The Cabin in the Woods (2012) R: This movie is equal parts comedy and horror. Writer and producer, Joss Whedon (The Avengers, Firefly), creates a satirical horror universe inspired by films like The Evil Dead, that takes a refreshing new look at making fun of the often times weak genre. When five friends retreat to a stereotypical horror movie cabin, the audience is to expect a B grade, sex infused, slasher film. Thankfully, Whedon gives us a movie of enjoyable characters and unexpected comedy. It’s completely original while not being original at all.

Shaun of the Dead (2004) R: The Edgar Wright, Simon Pegg, and Nick Frost trio are always able to create a hilarious movie. Whether it be running away from aliens in a drunken stupor, investigation in small town crime, or surviving the zombie apocalypse, every film in this unrelated movie trilogy is hilarious, but the one that stands out in horror would be Shaun of the Dead. A satire on modern day laziness and comfort, Dead follows the protagonist Shaun as he struggles with his love life and not being eating by his zombified neighbors. Overflowing with sharp British humor, this movie has convincing zombie violence and excellent characters, whether they be lovable or brilliantly obnoxious. It’s a great movie overall, even if it’s not Halloween.

Army of Darkness (1992) R: Part slapstick comedy, part action horror, Sam Raimi’s Evil Dead trilogy comes to a memorable close. Bruce Campbell is at his most lovably over-the-top as Ash Williams, having traveled back in time to the Middle Ages with nothing but a chainsaw hand, a souped-up Oldsmobile, and a trusty shotgun. Endlessly rewatchable, quotable from start to finish, Army of Darkness is a certified classic comedy-horror joyride. “Hail to the king, baby.”

What We Do in the Shadows (2014) R: New Zealand may not be known for much, but it sure knows comedy. Jemaine Clement and Rhys Darby of Flight of the Conchords fame feature prominently in vampire mockumentary What We Do in the Shadows. The film follows a trio of immortal bloodsuckers as they detail their meager – and often hilarious – existence. It’s This is Spinal Tap for horror buffs, leading to some of the funniest sequences in a comedy in years. Fans of dry, quirky, and pitch-black humor will find a lot to love in this underrated gem.

Troll 2 (1990) PG-13: The alpha and omega of comedy-horror. This isn’t only a bad movie, it may be the worst movie ever made. However, it is an enormously funny one for many reasons. When director Claudio Fragasso, set out to make Troll 2 he believed that he was making the next Citizen Kane. By keeping this in mind and understanding failure was not intentionally mastered, the movie becomes a borderline miraculous achievement. Troll 2, tells the tale of a family of four who vacation to a rural village. As events unfold, the people of the town Nilbog become progressively menacing and even troll like. Story aside, Troll 2 is blessed with the world’s worst, script, actors, editors, director, and every other crew member who worked on the movie. It is a massive cult classic, and it should be a permanent addition to everyone’s Halloween watchlist.