One scout’s drive inspires others to give blood 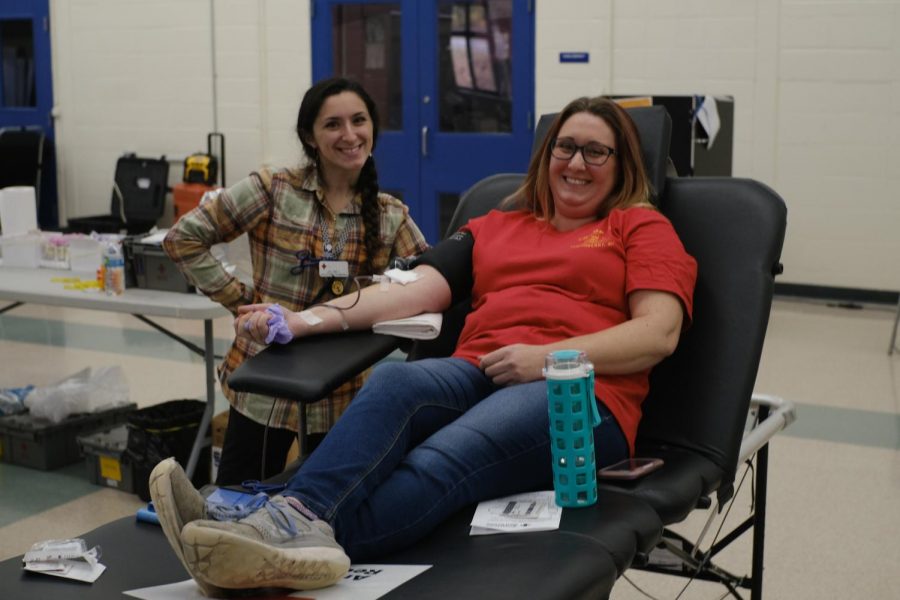 A near tragedy turned to triumph after one junior led the community in a campaign to save lives.

It was after junior Brian Sullivan’s cousin was gravely injured and in need of blood that he decided his Eagle Scout project would be to hold a blood drive and health fair.

“[My cousin] was in really bad shape and everybody was ready for the worst,” Sullivan said. “He was losing a lot of blood, but because people like us donated with the Red Cross, he was able to get the blood he needed and make a full recovery.”

Thanks to blood donations given to that hospital, his cousin was able to make a full recovery and now lives happily with his wife and two kids.This incident inspired Sullivan to “think outside the box” when deciding what his project should be.

“Most people choose to put in a bench or do trailway conservation [for their project],” Sullivan said. “But I wasn’t really interested in a traditional project.”

Instead, he chose something that would have a bigger impact on both himself and others.

Not only did the blood drive help those in need, Sullivan said he also gained a lot of knowledge from organizing the event.

“I learned a lot about time management, coordinating with several groups at a time, and leadership delegation since other scouts helped me throughout the event,” Sullivan said.

Since Sullivan is the Senior Scout Leader for his troop, he continues to use the skills that he learned from this experience.

“I’m always practicing those skills,” Sullivan said. “I’m always communicating with other people, always delegating leadership to my assistants and down the chain of command, and I think we all need some good time management skills.”

The blood drive he organized was so successful that people had to be turned away from the door and sent to a different blood drive that was taking place down the street. After filling up both blood drives to capacity with donors, the event was able to help over 50 people in need of blood donations.

“It really makes me happy, and I’m proud I could do something like this, because it has such a huge impact on so many different people,” Sullivan said.

Sullivan was so happy with the turnout of the event that he plans to hold it again next year as his senior project. Although Sullivan anticipates the hard work to come, he expects the process to be a little easier than last time.

“The first time it was a little grueling to have to coordinate with all these groups,” Sullivan said. “It’s gonna be easier the second time since I’ve already made those connections.”

Sullivan hopes to see another strong turnout next year and encourages people to help make a difference.

“It’s scary when you think about the needle but it doesn’t really hurt and the amount of good you’re doing is far greater than the amount of pain that you have to endure,” Sullivan said. “Plus you get a cookie after you donate.”