Junior at LHS makes his mark…in the boy’s bathrooms 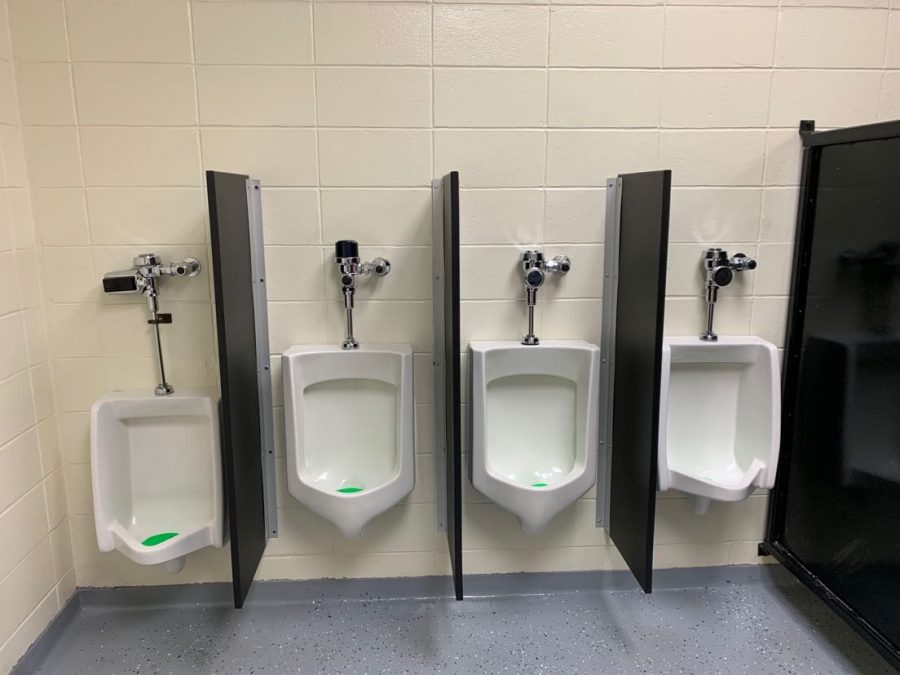 Urinal dividers are currently located in the men's bathroom in the main lobby.

Junior Joe Behling didn’t want boys to have to stand shoulder to shoulder anymore in the bathroom while doing their business, and he wanted them to have privacy when they needed it.

“I’m sick of having to go into the stalls to get some privacy, and I’m sick of waiting in line,” Behling said.

Rather than continue to just talk about it, Behling decided to take action.

“I decided that we needed dividers,” Behling said.

With some help from Sophomore Zach Furlong, Behling created a petition to get dividers between the urinals in the men’s bathrooms.

The process of getting the proposal approved and the petition itself was a long process. Behling received 400 signatures in support of the dividers and was able to talk to House 1 Assistant Principal Mrs. Sloper who then spoke with Principal Mr. Parent.

Eventually, Behling, Furlong and Sloper  had a meeting with Head Custodian Charlie Wilton and Director of Buildings & Grounds Chuck Zappala to discuss the matter.

They were eventually able to get the money for the dividers from the high school building repair budget, according to Zappala.

This made it all worth it to Behling.

“I tried really hard,” Behling said. “It felt really good to get what I wanted and help make a difference.

After the urinal dividers got installed in the main lobby men’s bathrooms in January of 2020, Behling felt “accomplished” that all of his hard work had paid off.

Urinal dividers, depending on the success and feedback of the ones in the main lobby bathroom, will likely be built in other men’s bathrooms throughout the school.

“I was so happy that this idea became a reality,” Behling said. “Starting in November, [the petition] seems so long ago, but so worth it.”