Why you should consider God 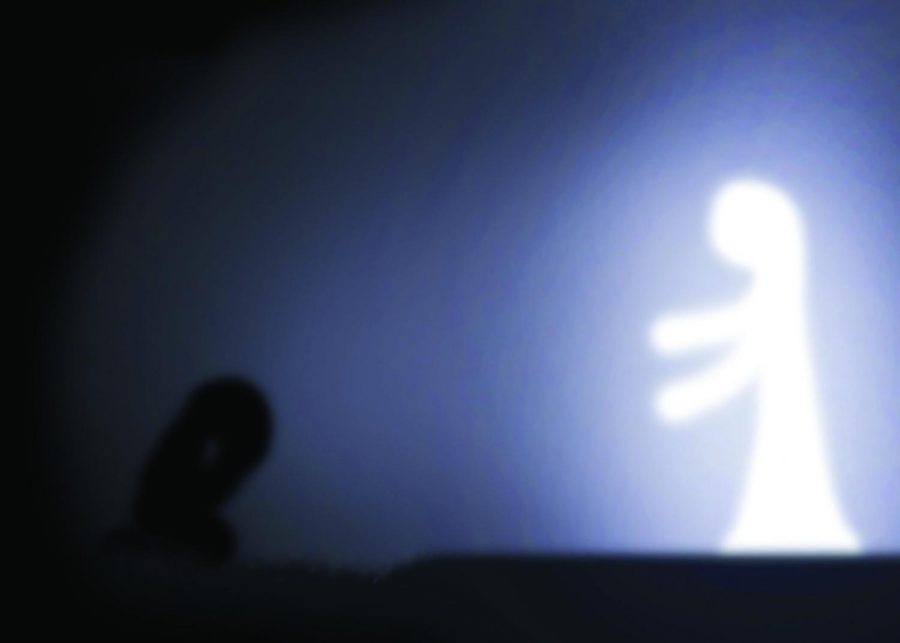 A creative symbolization of God reaches out to a lonely, despaired person in need of His light.

To anyone who is down, loathing themselves, and/or trudging through some heaviness in life:

Yes, you read that correctly, and I want you to know it’s true. This is coming from a baptist Christian who grew up going to church at least twice a week, primarily on the traditional Sunday morning. But you must know that going to church doesn’t make me a Christian any more than walking into a library turns you into a book. It doesn’t mean that I consider myself superior to you; being a Christian does not mean being ranked as better, or higher, than other people. In fact, I am taught to live in humility, as Christ is humble.

Now, here’s the disclaimer that many will tell you: “That’s because Christians are weak without their religion.”

To me, Christianity isn’t just a religion. It is not an event on Sunday morning or a monotonous ritual before hitting the hay at night. It is a relationship that defines me. It is what keeps me alive, and not just existing. Secondly, as a human being just like any other, I am powerless. I am powerless without the One who created me. Accepting Christ into one’s life is an all-in decision, an act of total surrender and humility in knowing that nobody can ever fix themselves. That we cannot live without Him.

So here’s the bottom line: God loves you.

You may think it’s sappy. Stupid. A lie.

I don’t blame you. Especially when it may seem as if nothing in the entire world could make you feel any better, any safer. I’ve been there. Which is why I’d like you to try my shoes on, just for a bit.

Jesus is wonderful. There is historical proof that He walked the earth as a human male. No, not the pale-skinned version that is commonly found in old paintings, nor the one still nailed to a wooden cross. He was of the Middle-Eastern nationality and of the carpentry trade. His physical form, as the Bible tells us, wasn’t much to look at. In other words, He looked ordinary. At the time, this was unexpected. Jesus did not descend from heaven on a horse whose mane was laced with lightning bolts. He appeared as a baby, birthed in a less-than-average barn in a less-than-average town. And it was no mistake. You’ve heard of rags to riches, but how about riches to rags? How about a rebel who claimed the impossible and carried through? Someone who calls the lost from their lonely wandering?

Well, Jesus was (and is) all of that. And the cross He was nailed onto? That’s old news. He is alive. And because of Him, so am I. You can be, too. You can walk into a room knowing that the angels sent from the One living within you will ultimately win the war against the demons. Both are present, even if we can’t see them most of the time. Believing in what you cannot see is key to having this relationship.

Being a Christian doesn’t mean exemption from tribulation and struggle. Christians are fully capable of struggling with the same things as non-Christians. Everyone is a slave to sin. The difference is that I am freed, not from sin, but from the eternal bondage that comes with it. My chains have been broken. Not by me, but by Jesus. This is vital to understand.

This is not meant to condemn. This is not meant to degrade those who are not born-again Christians. If it was, what kind of a Christ-follower would that make me? I can’t always set a perfect example. Again, that’s why I need God’s help. He knows none of us are without blemish. Human nature prevents us from the ideal of flawlessness that we strive for, and it’s not healthy.

I still sin. I fail every single day and I do my best to turn to God for forgiveness. Forgiveness is the greatest gift you can give. Conversely, it’s also the greatest gift that could ever be given to you. So why wouldn’t you accept it? Nothing you’ve done—or will do in the future—is too big or too bad for God to forgive.

The relationship between God and creation is an intense love story, the picture of immaculate romance. How crazy it seems that a holy deity such as Himself sent His only Son as a pure sacrifice for our wrongdoings, that we can be called the children of God—and even crazier that the Son is resurrected. It’s all for our benefit.

Not to belittle happy endings. Yes, this whole concept of God and His love for us is great and all, but is it even legitimate? Religious people cling to the saying, “everything happens for good.” While I believe this is true, the “good” isn’t always immediate. I have had anvils on my shoulders, the kind that are so immense I cannot take a step forward for fear that the weight will crush me entirely.

But here’s the thing: I was right. I could not take another step, not on my own. It can take a long time for some to trust God, myself included. I think that all Christians have coped with doubt at least once in their spiritual lives.

Being a Christian isn’t always rosy, but despite the darkness and the ugliness that comes with simply being alive, I am thankful for the breath that was put into my lungs.

I guess what I’m saying is, it’s worth it. God is worth it.