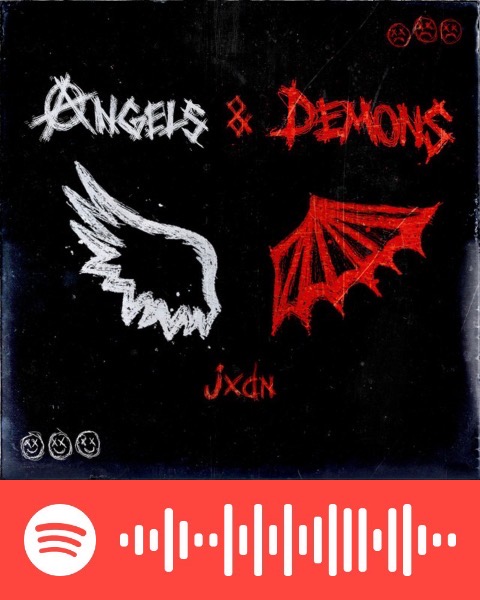 Jaden uses Angel and Demon wings to symbolize the meaning of his second single.

Tiktok star Jaden Hossler was in the spotlight with his first single, “Comatose,” and has done it again with his second single, “Angels and Demons.”

Jaden, also known as “jxdn,” has been posting small parts of this song since March, and fans like myself were excited when he finally released it on May 19.

His first single, “Comatose,” was different from the music I would normally listen to, but I was pleasantly surprised by how good it was. With this in mind, I was more excited for his second song.

“Angels and Demons” is about Jaden’s “rockstar” life and how it’s not as great as it seems. This song has a more 80s rocker vibe to it, but it still fits right into the 2020 society.

“Angels and Demons” hit #14 on the iTunes music chart, and the official music video has 5 million views.

I fell in love with this song right away, just because of the unique sound of Jaden’s voice and the somewhat relatable lyrics. With lyrics like, “Two face, two face / I’m so sick of the nonsense / Can’t escape it ever,” Jaden captures the idea of the inescapable fake society we live in today.

I blast this song in my car anytime I get the chance to, and its unique vocals and lyrics tend to stick with me for the rest of my day. I would give this song a 9.5/10  because I loved its lyrics and unique sound.

I highly recommend that everyone gives this song a chance, as you might be surprised with what a social media influencer can do.