Netflix’s ‘Outer Banks’ is all the new rage 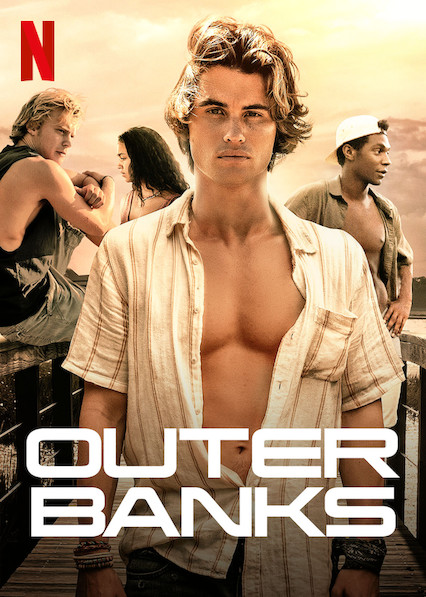 The poster for 'Outer Banks.'

If you haven’t heard about the Netflix series Outer Banks, you’ve been living under a rock. The series is full of non-stop adventure and surprises. I was so intrigued by the show to the point where I would click the next episode not even five seconds after the last one ended.

Outer Banks is about a group of teenagers who live in the Outer Banks of North Carolina. It’s an  area full of small islands and the only way to get to the mainland is by a ferry. There are two sides of the island besides the mainland. One side is called The Cut, which is the home of the Pogues, the working-class people on the island. The other side is the North Side, home of the Kooks, who are the rich people on the island.

The Pogues make their money washing yachts and cleaning tables. They consist of an orphan named John Booker Rutledge aka John B, Kiara aka Kie, JJ, and Pope. John B and his friends are on a quest to find his missing father and to finish his adventure of finding $400 million dollars worth of gold. This won’t be easy though, thanks to the stuck up Kooks.

The Kooks have everything they could ever want: yachts, huge houses, and lots of money. A few of them include Sarah, Topper, Rafe, Ward, and Kelce. Topper and Sarah are dating, but little does he know that Sarah has another boy on her mind.

I’m a picky person when it comes to tv shows (for instance, I am not a huge fan of the show The Office, which seems to be very popular), but Outer Banks is, without a doubt, one of the best series on Netflix.

I loved how two completely different types of people were incorporated in the show. It portrays the real world when it comes down to social classes. It shows that having a lot of money isn’t the only thing that you need to be happy, and just because you’re poor doesn’t mean you can’t have a good life with the people that care about you.

With seasons to come, I really hope to see more about the relationships between the characters. Not just romantic relationships, but I want to see if the Kooks and Pogues grow to become friends. If they don’t however, I want to know if maybe there is something else keeping them from having a good relationship besides social class.

Overall, I highly recommend this tv series. It’s full of dramatic scenes and unexpected events. This show is definitely a 10 /10!