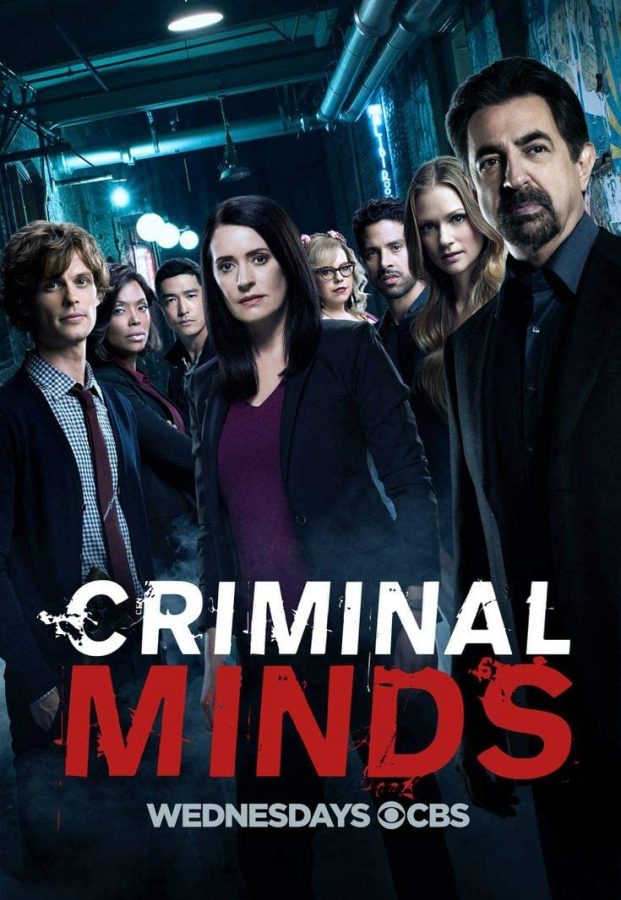 A poster for 'Criminal Minds.'

Quarantine making you crazy, crazy enough to kill? Criminal Minds might be the show for you.

Criminal Minds is filled with drama, thrillers and mysteries. If you are intrigued by any of these genres, you’ll like Criminal Minds. Criminal Minds is very similar to Law And Order except it doesn’t show you the trials after the case it only shows you how they catch the criminals and the different things they use to finding the guilty one. This thriller follows the investigative work of Spencer Reid, Derek Morgan, Jeniffer Jareau (JJ), Aaron Hotchner, Emily Prentise, Penelope Garcia, and David Rossi.

This show unravels the darkness of what some people have the capability to do in real life, and it dives into the backstory behind why some people have a psychotic break. The FBI’s Behavioral Analysis Unit (BAU) team uncovers the stories behind these heinous crimes. The BAU deals with cases that range from killers making people into human dolls to a delusional person thinking that they’re back in war.

Spencer Reid is known for being a young genius who can read 20,000 words per minute and has an IQ of 187. He is gifted at knowing statistics and relating cases to past major killers, which he uses to aid the BAU team. Let’s just say that he makes a Harvard graduate look dumb.

Derek Morgan is the tough guy of the BAU team. He specializes in the suspect’s behaviors. He can tell what their exact moves were during the killing, just by looking at the crime scene. He also loves breaking down doors and charming the ladies.

JJ is the one who preps the police department about the case and what the team is doing. She also handles press conferences with local news outlets, and she likes dealing with the families affected by these unspeakable acts.

Emily Prentiss joins the team a little late but is welcomed as one of their own. She helps with the overall analysis of the suspect. She also likes to interview suspects and get under their skin, so you definitely don’t want to get on her bad side.

Penelope Garcia is the technical analyst, which basically means she does all the stalking and researches everything about the suspect’s life. She has a very bubbly personality, even though she sees tremendously terrible things every day. She and Derek Morgan have a flirtatious, but platonic relationship that you can’t help but love.

Similar to Prentiss, David Rossi joins the team a little later in the show, but arrives at the top of the team in no time. He was one of the people who first created the BAU unit in the FBI. He retired but came back to the BAU to complete some unfinished business. He shares a connection with all of the victims’ families and makes them feel as comfortable as they possibly can during that time. Initially, David didn’t enjoy being a part of a team. But soon enough, he became both a fan favorite and close with the team.

Aaron Hotchner is the unit chief of the BAU. He stays very on task and, sometimes, a little too on task. He has family issues because of work and is known for never smiling. Even though he doesn’t show emotion, he really cares about all the victims and does everything he can to solve their cases. Fans love him.

With all these amazing people, the BAU team can get anything done. They would do anything for each other, and they each treat their fellow team members like family. It’s really good to see a team that loves each other dearly stay positive after all the terrible and horrendous things they’ve seen. As you watch this show, you’ll get to see every single one of the team members have life struggles, but after all of the baggage, you see them come together as one.

I urge people to watch Criminal Minds if they’re into mysteries, sad stories, and/or investigation shows. Criminal Minds moves you in a way where you realize how bad some people are out in the world. It makes you learn that life is very precious, but it can get taken away so quickly.