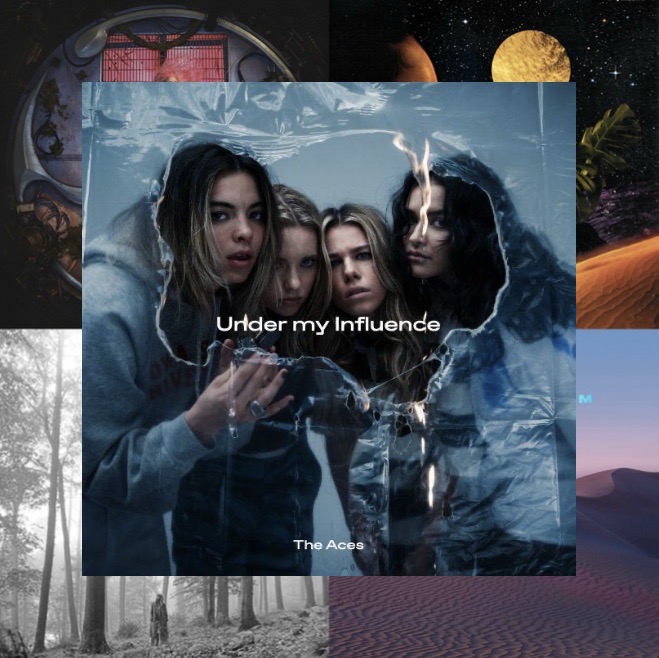 2020 may be a terrible year, but the same simply cannot be said about the music that’s been released so far. New music is a great distraction from the COVID craziness that has consumed 2020, so over the course of the next five days, I will be reviewing my top five favorite albums from this summer in a countdown from number five (the “worst” of the group) to number one (the album of the summer). All of the music included in this five-part series was released from May 29, 2020, to Aug. 28, 2020, and this is the first part.

The Aces have been conquering the world, one catchy hook at a time, since they were in high school. Composed of Cristal Ramirez (lead vocals, guitar), Katie Henderson (lead guitar, vocals), McKenna Petty (bass, vocals), and Alisa Ramirez (drums, vocals), The Aces officially got their start after signing to Red Bull Records in 2016, though the group originally formed in 2012. They released their first EP in 2017, gained traction by touring with several other artists, and released their debut album, When My Heart Felt Volcanic, in 2018.

I loved their debut, but unfortunately, I can’t say the same for their recently-released, sophomore album, Under My Influence, which has been the most disappointing release of the year.

First, there’s what I call the “cold trio,” composed of “My Phone is Trying to Kill Me,” “Kelly,” and “Lost Angeles.” With these three songs, the production and the instrumentals feel empty, off-putting, and as their nickname implies, cold. For example, “Kelly” is a percussion-driven song, but the drums are almost too refreshing. The only way I can think of to describe this is when you chew a piece of mint gum, you spit it out, and then you take a drink of cold water; you immediately get brain freeze, and it’s uncomfortable. For a song that relies so heavily on percussion, that isn’t a good thing, and it puts the listener off completely.

With “My Phone is Trying to Kill Me,” the titular shouting, loudly ringing guitar, and hard-hitting drums all become too much after just one listen; it’s a fun song, but it may sound better in a live setting—where the sound is less calculated and more organic. The same goes for “Lost Angeles.”

In addition to these disconcerting songs, there are also some forgettable tracks, which is an impressive feat for an album that only has fourteen songs. I swear, if you put a gun to my head and told me to sing “Not Enough” right now, I wouldn’t be able to do it. From “All Mean Nothing” to “Cruel,” these few songs embody the fact that it’s better to have a collection of nine or ten songs that are great, as opposed to a fourteen-track album which features songs that blur together or get left behind in the dust.

That’s not to say, however, that there aren’t any good songs on Under My Influence. In fact, it’s quite the opposite. “Daydream” is an absolute earworm that has quickly become one of my favorites this year, with an infectious guitar and unforgettable chorus. “I Can Break Your Too” is slyly cutthroat, with the, “‘Cause you’re just not as important / As you think you might be,” casually slipping out, and I just can’t get enough of the frenetic guitar and mischievous vocals of “Can You Do.”

While the lyrics on all the aforementioned tracks are good, the writing does take on a more serious and mature tone with other tracks, which is something I would like to see The Aces continue into the future. The Aces are from Utah, which is home to a predominantly religious and homophobic population. Three out of four members in The Aces are members of the LGBTQ+ community, and on “801” (a Utah area code), the band explores the challenges of growing up and living in a place where you don’t feel welcome. Behind the haunting rings of guitar and relaxed percussion lies a touching tale of realizing and knowing that “being ourselves could never be a crime.”

Additionally, “Going Home” is a touching love song that’s completely up my alley, from the euphoric atmosphere to sweetly ringing guitar. Written by Alisa to her girlfriend, this song is heart-warming and absolutely enchanting—I simply can’t get, “Oh, I dream of growing up by your side / My one and only, my ride-or-die / Oh, I will always be by your side… As long as it’s just you and I, it feels like I’m going home” out of my head.