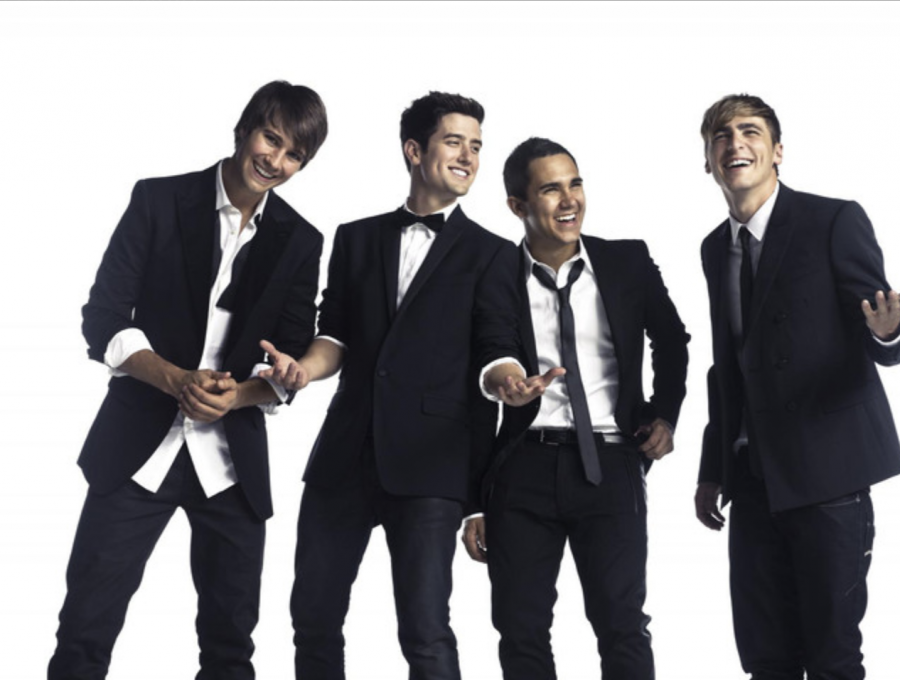 (From left to right) James, Logan, Carlos and Kendall pose for a group photo. While Nov. 28, 2009, is BTR's anniversary, the group's debut, self-titled album wasn't released until Oct. of the following year.

On this date, exactly 11 years ago on Nov. 28, 2009, Big Time Rush (the TV show) premiered to an audience of 3.6 million viewers. The hour-long pilot episode, “Big Time Audition,” served as a preview of the series, which officially debuted in Jan. of 2010. However, Nov. 28 is regarded as the anniversary of the creation of Big Time Rush (BTR), the band. To celebrate the group’s 11th birthday, I’ll be counting down my top 11 songs by BTR.

Overall, “Boyfriend” is a timeless bop that I will always jam to, and when BTR go on a reunion tour in the future, rest assured that I would pack up my life and follow them around the world so I have the opportunity to hear and sing along to this song, along with the rest of their discography, every night.

Honestly, this was a really difficult list to put together and down on paper. Not only did I struggle to pick which eleven songs I considered their best, but when actually writing this article, I kept pausing to jam out to whatever song I was in the process of describing. BTR’s catalogue truly is a gold mine of fun, easy-on-the-ears songs that will never fail to get me out of my seat and in a good mood. Yeah, the writing isn’t the most eloquent, and the saturated production is a little jarring and dated, but I love it for those flaws; music doesn’t need to be beautifully-written and composed, you just have to like it. With that said, happy 11th birthday to Big Time Rush! Hopefully a reunion tour will be coming once COVID-19 settles down, and as I promised, I will be in the crowd.
Listen to these songs below!