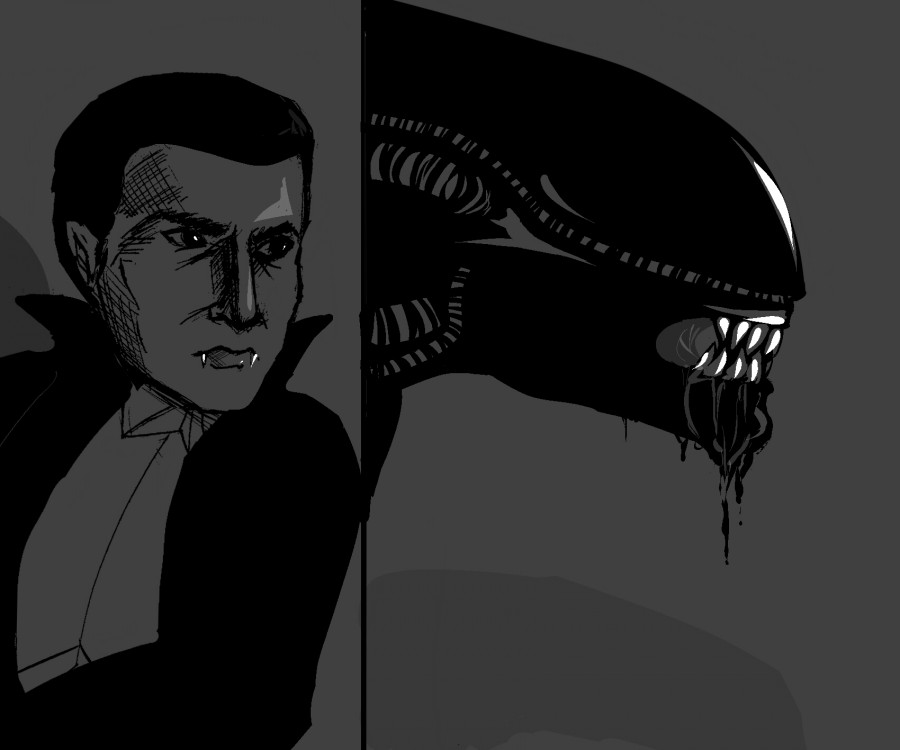 Movies on this list will be rated based on horror and scare effect.

For a generation completely obsessed with zombies, whether it be movies, TV shows or video games, here is the one that started it all. George A Romero’s horror staple popularized the concept of the walking undead. While it may not be very frightening by today’s standards it still is an enjoyable classic. When a woman visits her hometown, she quickly discovers it has been overrun with zombies. When she meets a group of survivors they take refuge in an abandoned house which could be a sanctuary or a death trap. Upon its release Night of the Living Dead was incredibly controversial. Without a rating system at the time, any child was allowed to walk into the theater. The film terrified many for being so violently original for its time, and it was eventually a contributing factor in the creation of the Motion Picture Association of America (MPAA), which is in charge of rating films. Night of the Living Dead has decently stood the test of time as far as scares go, but more importantly, it is an important piece of cinematic history.

This silent film classic does not give conventional scares by today’s standards, but it has held up after 95 years. After two seemingly unrelated murders occur in a small German town, suspicious turn to Caligari, a circus performer who is aided by a somnambulist named Cesare. It worth its short seventy five minute runtime, and absolutely worth it just to see the memorizing and eree architecture and production design. Werner Krauss gives a devilish performance as Dr. Caligari that can still shake the nerves. Its plot, and how it is eventually carried out, is fascinating, and they make Das Cabinet another entertaining thrill.

Half romance half body horror freak show, David Cronenberg’s The Fly is one of the genius director’s greatest works at at times a truly bizarre. After creating a teleportation machine, scientist Seth Brundle (Jeff Goldblum) enters the machine himself in hopes it will work on organic life forms. When it appears to be an accomplishment Brundle and his girlfriend seem to be on the road to success. Eventually, it is discovered an error occurred in Brundle’s experiments, and from there strange and nightmarish transformations take place. Until the horror show begins, The Fly tells the story of a sincere romance that the audience comes to care for, which only makes the devastations more tragic. With its Oscar winning makeup The Fly is a landmark in practical effects that far exceed the abilities of today’s digital filmmaking.

Known for its wildly complex practical effects, John Carpenter’s The Thing is fascinating to look and still offers fun scares after over 30 years. In a remote Antarctic research facility scientists discover that a shapeshifting alien is among them. The men are confronted with a battle of wits and survival. Never knowing who’s who, they are all struck with fear as they begin to suspect one another of being “the thing”. Carpenter’s brilliance shines through during the movies mind games, but most strongly at times of discovery. At the alien’s exposal, freakish transformations occur revealing the absurd and exciting effects. The Thing is a timeless classic that always keeps you guessing and looking forward to the next effect driven frightfest.

The progenitor of the slasher flick, Alfred Hitchcock’s Psycho is one of the best suspense movies ever made. Shot on a shoestring budget in stark black-and-white, it’s a sharp contrast to his last film, North by Northwest. Anthony Perkins terrifies as Norman Bates, putting in an unnerving, quietly menacing performance that resonates with horror fans to this day. Fans of everything from Halloween to Saw owe tribute to this all-time classic.

The impact of this film is in its performances. Anthony Hopkins, despite minimal screen time, dominates the film as cannibal genius Hannibal Lecter. Jodie Foster plays off him commendably as a young, inexperienced FBI agent tasked with tracking down a murderer using Lecter’s twisted intellect as her greatest weapon. 25 years later, few films have a more intense and frightening third act. The Silence of the Lambs is a visceral, scary experience that is not to be missed.

When renowned Stanley Kubrick stepped into the horror genre to adapt Stephen King’s novel The Shining into a film, it was not very well received. However, The Shining aged incredibly and today it is widely celebrated and often considered one of the greatest horror films. When Jack Torrance (Jack Nicholson) takes a seasonal job as the caretaker of a grand hotel his family and he enters a winter of isolation. The Shining is not a movie of jump scares, but instead another that primarily uses the feeling of dread to fuel emotions. Jack Nicholson delivers an incredible performance as he dives into insanity, and as always Kubrick provides wondrous cinematography that gives the massive hotel a chilling atmosphere. The Shining is a truly terrifying movie.

Of every title on the list David Lynch’s Eraserhead is by far the most surreal. For anyone who is not familiar with his works, whether it by cult TV show Twin Peaks, Best Picture nominee The Elephant Man or the twisted thriller Blue Velvet, Lynch has an act for being as extreme as he can. At his most disturbing, his first film Eraserhead is one of the most mind bending and thought provoking pieces of horror filmmaking. Whether one sees it as fascinating, pretentious or both there is no doubting its power to shock an audience. Without any coherent plot, Eraserhead follows Henry Spencer, a loner who suddenly discovers he has fathered a child with a strange and immature young woman. When Spencer begins a life with the woman completely indescribable events unfold in erratic fashion. From the film’s opening scenes to its close it is extremely unsettling and often very disturbing. Eraserhead has been an important film for the horror industry, being a reference point for many directors including Stanley Kubrick, who showed the film to the crew of The Shining before production. While Eraserhead is a student film, it may be Lynch’s masterpiece. The film will live on through its cult following, and viewers will always be attempting to interpret its meanings.

With his first major film, Ridley Scott, introduced one of the most interesting science fiction universes and one of the most terrifying horror movie monsters of all time. Alien follows the crew of the Nostromo, a spaceship responding to a distress signal deep in unexplored space. Finding nothing but an empty, ruinous ship, the crew continues their voyage home. The first section of Alien focuses on perfectly executed science fiction storytelling, however before long it is discovered that an unidentified life source is also lurking on the spacecraft. Quickly, Alien transforms into a survival thriller. With its booming score and dim lighting, the movie is incredibly eerie and tense.

No matter how many ‘Scariest Movie’ lists you search through on the internet Best Picture nominee The Exorcist is almost always at the top. It may seem like an easy answer to give it first place here, but it is entirely deserved. When Reagan, the daughter of a famous Hollywood actress, becomes possessed by a powerful demon, doctors and psychiatrists are baffled. As her symptoms of violence and satanic behavior become increasingly more threatening hope is sought out through a priest experiencing his own crisis of doubt. With its slow build establishing Reagan’s true personality, it is difficult to believe her sweet persona could so dramatically transform into the vile monster she becomes. Still so shocking today, the events of The Exorcist are equally disturbing and controversial. With frights on the surface of the film and buried deep with meaning, this movie rightfully earns the title of ‘the scariest movie of all time.’