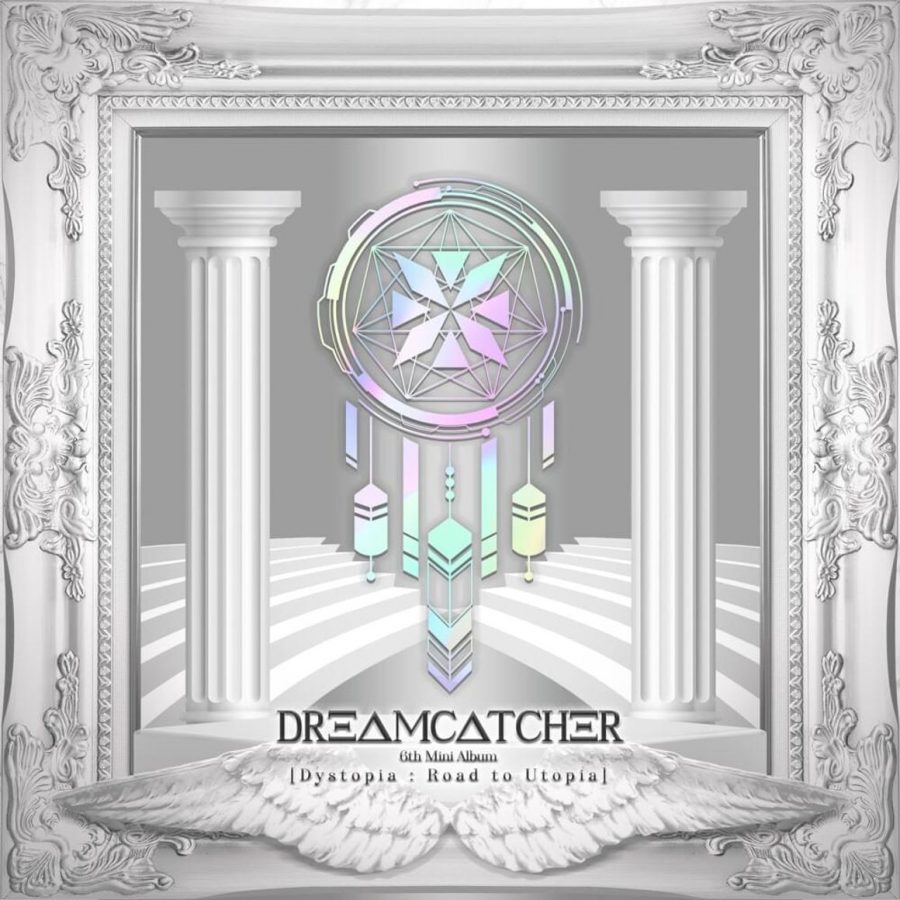 Released Jan. 26, 2021, this mini-album is the final part in a trilogy of releases from DREAMCATCHER. Starting with "Scream" back in Feb. of 2020, the trilogy continued with August's "BOCA," and now, has concluded with "Odd Eye."

t’s about time that DREAMCATCHER got the appreciation they deserve.

With their one-of-a-kind pop-rock concept, DREAMCATCHER has created a niche for themselves in the K-pop world. Combined with their impeccable discography and intricate performances, there’s nothing stopping DREAMCATCHER from reaching the highest heights of success, as they’ve been steadily making their way up to.

[Dystopia: Road to Utopia], the recently-released conclusion to a sequential trilogy of albums, is proof of this continually rising success. This mini-album sold 14x the amount of first-day sales than the first part of the trilogy, which was released less than a year ago; that’s insane and completely deserved, especially considering how good [Dystopia: Road to Utopia] is.

While I hate to say it, “Odd Eye” is my least favorite title track of the trilogy. By leaning more into the hip-hop and nu-metal influences, the harder-hitting rock elements were sacrificed, which isn’t necessarily a bad thing, but I was hoping for a little more edge, especially in the last chorus. Not to mention, Dami’s rap verse feels awkward and completely stunts the flow of the song.

Yet, for what it is, I do enjoy “Odd Eye,” and it’s really not a bad song, just the worst of the trilogy. The line distribution is fair, the choreography is fantastic (as always), and I’ve been loving the live vocals during their music show performances.

The b-sides, however, certainly make up for the lack of rock in the title track. With its spry drums and spirited guitars, “New days” possesses this raw and relatable sense of urgent ambition, as the girls express interest in taking charge of what they want, rather than sitting back and allowing things to play out in front of them. “Wind Blows,” an excellent cyberpunk-rock track, continues this motivational theme; Siyeon sings, “For countless nights in every spacetime, I get lost searching for you,” atop a frantic melody that keeps you on your toes—chants, bright piano, blunt guitar and all.

The poppier, EDM-influenced b-sides also don’t disappoint. “Poison Love” is my favorite kind of electro-pop: dark, hazy and hypnotic with an undertone of dejection and nostalgia for better days. Despite the light acoustic guitar, soft vocals and vibe of floating through the clouds, “4 Memory,” too, has a certain sadness to it, emphasized by the symbolistic ticking of a clock and heartbreaking imagery.

Actually, the entirety of [Dystopia: Road to Utopia] has this underlying melancholy and bittersweetness to it. Even as subtle as it is, hidden by loud pop-punk anthems or dreamy-yet-danceable EDM moments, it contributes to DREAMCATCHER’s incredible ability to (magnificently) explore a variety of genres without losing their sense of identity or sounding incohesive and all-over-the-place, a talent many will never achieve.

And, achievers DREAMCATCHER certainly are—or, at least, they’re on their way, with [Dystopia: Road to Utopia] another marvelous stepping stone on their way to domination in the music world.