Screen time: when enough is enough 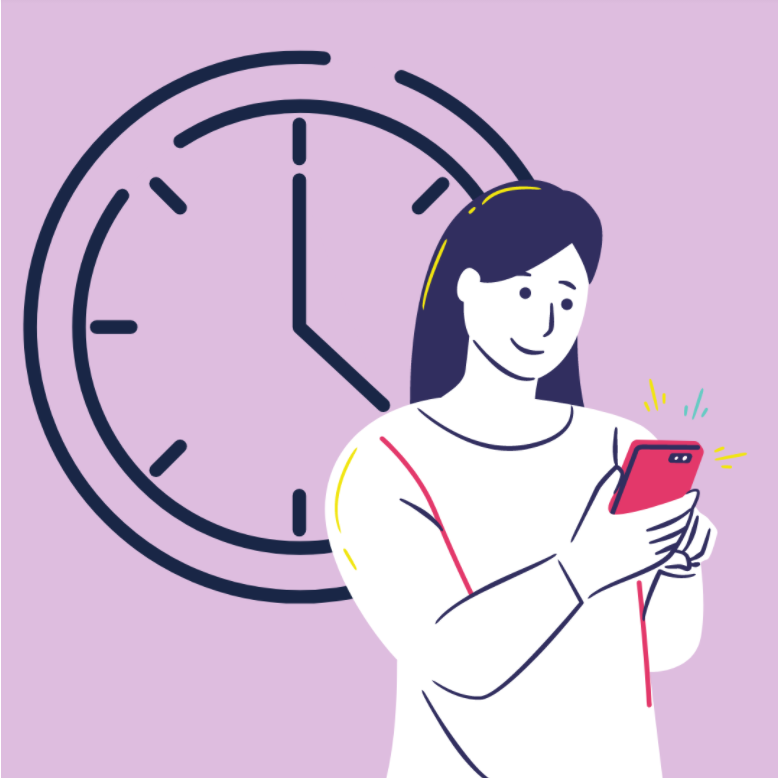 Art by Ash BarNoy via Canva

It's easy to spend hours on devices every day, but it's important to find moderation and balance.

Remember what life was like years ago? When kids would spend nearly all day outside in the fresh air?

In the summer they’d go running in the sprinklers, not caring about the eventual annoyance of their mothers when they came in for dinner leaving a trail of mud and water behind them. They’d draw on the sidewalks, displaying their creations for the entire neighborhood to see, and eat popsicles as quickly as possible while the sugary treats melted rapidly.

After school in the winter, kids would spend hours sledding down hills. When hills were steep, they’d lay in the snow and wait for someone to carry them up. Kids would make snowmen amid the slush and have snowball fights until snow went down someone’s back.

On rainy days when they were asked to stay indoors, kids would play hide-and-seek or tag, maybe even a combination of the two. They’d have pillow fights with each other and tell each other scary stories when thunder started.

These are the times that now many of us look back on with longing, even though no two childhoods are the same and everyone has different memories. But what about the kids growing up now? What will their childhood memories be?

Unfortunately, for many of them, memories of playing in the sprinklers, sledding down hills, and having ultimate pillow fights won’t be as vivid. Instead, those memories will be replaced with screen time.

Today’s teenagers and adults are living in a very different world than the one they grew up in. Many people’s lives went from socially free to confined in only a couple of months.

Now, life is filled with Zoom calls for six hours a day, hours spent staring at cell phones or iPads, and lots and lots of Netflix. But we shouldn’t be too hard on ourselves; these are difficult times, and in a lot of ways, screens help us stay connected to people and the world around us. However, it is important to be aware of screen use, as an overuse has been proven to contribute to health issues especially when it comes to children.

According to The New York-Presbyterian hospital, nearly half of children who are age eight and under have their own devices and spend an average of 2.25 hours on that device. While this may seem like hardly any time, the recommended amount for that age group is one to two hours per day at the most. Data from a study that began in 2018 has concluded that children who spend over two hours a day on screens tend to score lower in thinking and language tests. In a more extreme outcome, children who spend over seven hours a day using screens were discovered to experience a thinning of the brain’s cortex, which is connected to analytical thinking.

The University of Pittsburgh Medical Center found that the negative effects of screen time in general include loss of focus flexibility, eye fatigue, retinal damage, and more. In order to reduce the risk of eye damage, they recommend easy measures to take, such as adjusting the lighting of the screen, taking a regular break, and keeping distance from the screens.

Overusing screens can lead to health problems at any age ranging from small-scale to significant.

Valleywise Health Association  found that too much screen time can lead to sleep problems, obesity, depression and anxiety, and chronic neck and back pain.

There are simple measures that can be taken in order to limit screen time. Setting aside 30 minutes to unplug for every hour spent on devices can be an effective strategy. With the time off of screens, one could try a new activity, spend time outside in the fresh air, or spend time with friends and family, while keeping Covid guidelines in mind of course. Parents could also encourage children to buy into less screen time, and engage with them in positive ways, as they’re more likely to resort to screens time to escape from cleaning their room or completing a difficult assignment.

While screens can be a useful tool, overuse may be damaging to your health both mentally and physically. That doesn’t mean you should chuck your laptop out the window, though it may be tempting sometimes. Unplugging is the time to get creative and find different activities that work best for you. Who knows, you may find yourself a new hobby or passion. Just remember, moderation is key.