Not sure what career to choose? Let your kid self be your guide. 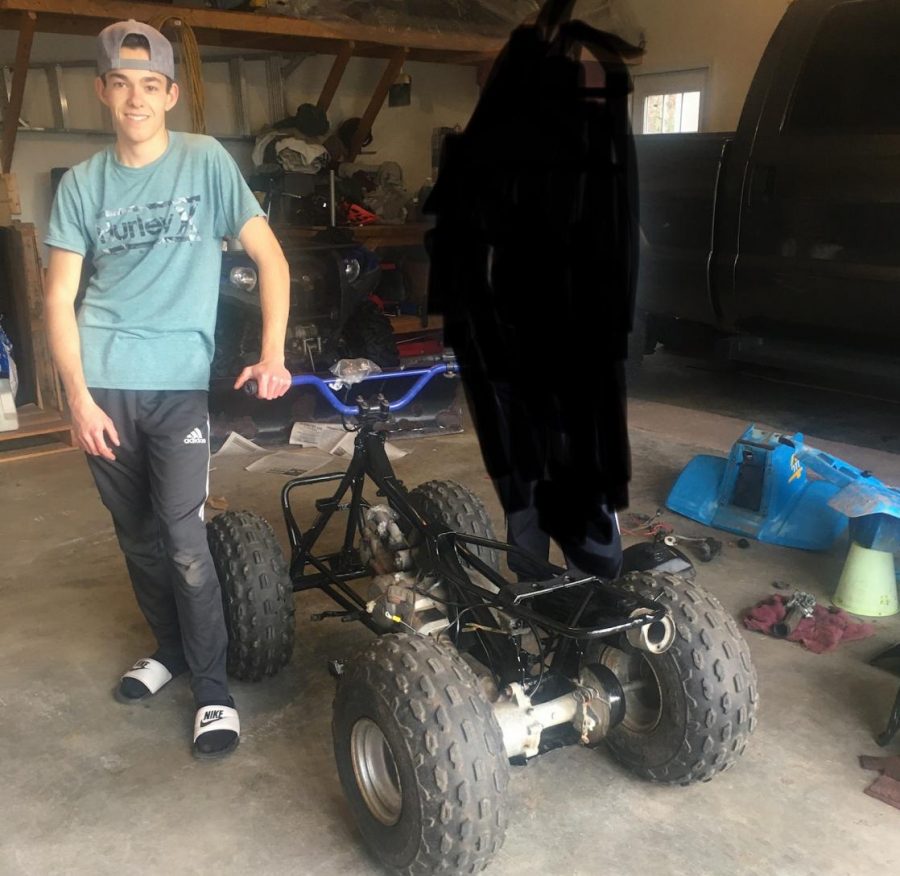 Setterland takes a moment to snap a photo before taking his newly built ATV for a ride.

I believe that who you have always been is who you will always be, and you should let that act as a guide for your decisions. I am a senior in high school and like many others, I’m deciding on what I want to do as a career. Some people know what they want to do and what college they want to go to while others don’t even know what they’re interested in.

Like many, I didn’t know what I always wanted to do for a job. I had a general idea but still didn’t have my set decision but something came to me that would solve all my problems and lead me to a decision.

I realized that in order to figure out what I wanted to do I should try to think of who I am as a person. I started to think about what kind of person I am and what my life has been based around since I was little.

As a kid and still now I have always been interested in taking things apart and figuring out how they work. I started off like any regular kid who was really into building with Legos and trust me I was BIG into that stuff. I got so good I was able to make my own RC cars and trucks out of Lego technic sets.

After my couple years of building with Legos I got into bigger things. I got into the RC car scene. I spent almost my whole life throughout middle school messing around with motors and different batteries to make them go almost as fast as 60mph.

I used to always watch my dad take apart and fix things like snowmobiles and ATVs and even trucks and not till a couple years ago did I start on my own. This helped me come to the realization that I was so good at fixing things.

I still have my RC cars and trucks but I found something even more fun and enjoyable to try. I bought a mini bike. It wasn’t anything special but it had a 200cc predator motor that was fast enough to scare you to death every time you rode it.

The mini bike is what really started it all for me because after that I bought my first dirt bike that needed a lot of work and after that I just kept buying and selling that got me to where I am now which is currently working on two expensive sport quads.

It’s been about 4 years now since I started to take apart dirt bikes and ATVs and got really good to the point where I could even take a motor completely apart, disassemble it, and put it back together with confidence and this really gave me an idea of what I should become. I was so good at taking things apart that I didn’t even need YouTube to figure things out.

It came to me that I was very mechanically inclined and I had a good understanding of math giving me the hope I was looking for. I decided that I wanted to become a mechanical engineer.

I should point out that I didn’t just decide I wanted to become a mechanical engineer. I have to give the credit to my grandpa because he made the connection that the dirt bikes and ATVs I was fixing was a sign that I had an engineer in my blood. After doing some research about what mechanical engineers do I realized that he was right and then I knew it was what I was going to be.

Now after reading my life story of how I started off as a kid that just watched his dad take apart trucks and snowmobiles to become a mechanic myself leading me to decide to become a mechanical engineer. The main idea that people especially near my age need to realize is that if you’re struggling to figure out what you want to go to college for, don’t give up hope but instead look at who you really are.

If you’re trying to find your place in the world just think about your past and maybe find your hobbies that you were interested in, things that defied you. I believe that you cannot change who you are but instead you should take into consideration that you’ve always been who you want to be.