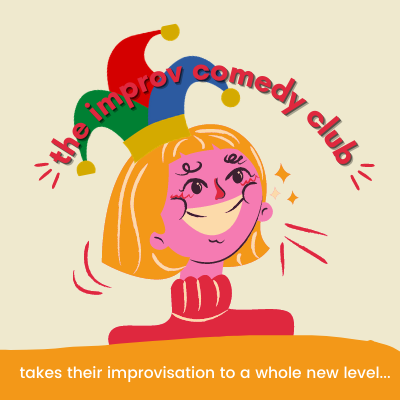 As you walk through the halls of LHS, remnants of past years are scattered along the way. Old senior gifts, past renovations, and senior projects that stuck around after graduation. If you find yourself in room 610 on a Wednesday afternoon, you can see how a class of 2014 senior, Marc Lussier, left his mark on the LHS Drama Club for his senior project, and Drama Advisor Mr. Paone has continued this alumnus’ legacy.

The Improv and Comedy Club is a subsect of the LHS Drama Club started in 2014 as a senior project so that those students who wanted to be involved in performing arts, but not in a musical, had an outlet for their talents. Each year since its founding, Mr. Paone has continued to run the Improv Club.

“When [Lussier] left, he asked me if I would be willing to continue the club with the students who had helped him who were underclassmen,” Paone said. “Every year more kids are joining and they carry the torch.”

In addition to Mr. Paone, a student director is chosen each year to act as a leader for the club. This year, junior Sathvik Manam was chosen to help lead. Manam has been a member of the club since his freshman year and enjoys working on his comedy performances.

“I always have a senior who is sort of the leader of the club, in this case, we actually have a junior this year,” Paone said. “So he will be doing it next year hopefully, too.”

The Drama Club is more well known throughout LHS compared to its improv subsection. Recruitment this year was harder than in years past.

“I think we dropped the ball [with recruitment],” Manam said. “People who wanted to be in the Drama Club knew to join the Drama Club, but unless you had friends who were doing [improv] or had done your own research, you don’t really know that the Improv Club even existed.”

A standard practice consists of a series of games resembling an episode from the tv show, “Whose Line is it Anyway,” along with other commonly found improv games. These games are all unscripted, so participants must be ready to act on their toes with anything that may be thrown at them. The only thing that remains constant is the rules that structure each game.

“You essentially learn the rules of improv, so when you participate in the game you can make up the rest,” Paone said.

Although these games are staples in the improv world, students have worked to adapt old games and make them their own. Student director Manam has worked to manipulate some standard improv games.

“‘Wacky Newscasters’ I don’t think is a completely original game, but I know that a student brought that to me the first time we did it,” Paone said. “But we have definitely made it our own. I was checking with [Manam] the other day and he was rehearsing a new way to do it.”

Games are constantly changing every time they are played, as improv is completely unscripted.

“There’s so much improvisation in improv,” Paone said. “The games are moving targets and are changing, it’s pretty cool.”

This club is not always a full-year commitment. Normal practices run once a week on Wednesdays in the fall until January. Come the new year, the club will shift its gears a bit and start to prepare for Improv Night this March.

Currently, Mr. Paone is working on the musical with the LHS Drama club. Thus, improv rehearsals under his supervision have been halted, but he is willing to start them back up again once the musical is over. However, this does not mean all rehearsals have stopped.

“[Manam] is friends with everyone in the club, so I know they have been doing some fun rehearsals on their own that aren’t affiliated with the school,” Paone said. “But I told them that if they feel comfortable with what they have done and aren’t too rusty when the musical ends in May, we can choose to reassemble.”

Improv Club was not able to avoid the wrath of COVID-19 and they moved their meetings to a virtual classroom on Google Meet. Here they continued to meet on Wednesdays throughout the fall and started in on rehearsals for Improv Night come January.

“Social distancing limited us to only a couple of options [for rehearsals],” Manam said. “We could do it outside of the school and meet up in person, but parents and kids may not have felt comfortable with that. Our only option really was to do it online through the Zoom meetings.”

Although this wasn’t the format the club was used to, they made it work and were still able to play off of each other without being in person.

“What we didn’t expect was that it would end up working as well as it did,” Manam said. “We have such fantastic and talented crew that they were able to play off of each other without being in person.”

Rehearsals for Improv Night don’t follow the standard type of rehearsals, such as going over lines and blocking scenes. There is no script, seeing as improv is just that: improvisation. So improv rehearsals are more for students to get comfortable with the games each person will be playing during the performance.

“Something that worked really well that I haven’t always done was that [the members] would know a few weeks out which games they would be involved in for the show so they could rehearse those games,” Paone said.

When the final performance approached, practices became like a full run-through as you would find in a theatre rehearsal.

“I would count [students] down and they would rehearse for an hour. At the end I would say ‘That was the show, nice job’ and I would give them my notes for what they could do better next time,” Paone said.

COVID-19 also altered the way Improv Night ran this year. Instead of being in person, the performance was moved to a live stream on YouTube that is currently available to anyone who wanted to watch. This didn’t stop the members from doing their very best, something that surprised even those participating.

“I honestly didn’t think it was going to be as good,” Manam said. “But when I watched the first five minutes of it, I watched my friends acting out and bouncing off of each other, it really did feel like a normal improv show. Just with that COVID twist to it.”

After playing around with Zoom features, Mr. Paone and the club found that the bounce-back feature worked really well in their situation.

“We would talk and [the camera] would cut to another person who made noise,” Manam said. “That kind of back and forth worked really well and added comedic effect to it. Every couple of seconds another face would pop up which made it fun to watch.”

But nothing is perfect, and even though the members were able to work with what was given to them, things were still lacking when compared to a standard in-person improv show.

Everything that was said or done during the live stream would be in the final product, this changed the way some of the members had to act compared to past practices and performances.

“Kids weren’t able to goof around during acts anymore,” Paone said. “They had to be ready to have whatever they said make the final cut.”

Looking back at the year and the final performance, things have been changed and adapted due to COVID-19, but the members were able to do the best they could given everything thrown their way.

“Improv has definitely been changed by the pandemic, but we are definitely looking forward,” Manam said. “It’s nothing like being in person and looking at each other to be able to get those subtle cues. It was a lot better than what I was expecting. I didn’t think we would be able to do Improv this year, but I am glad we did.”