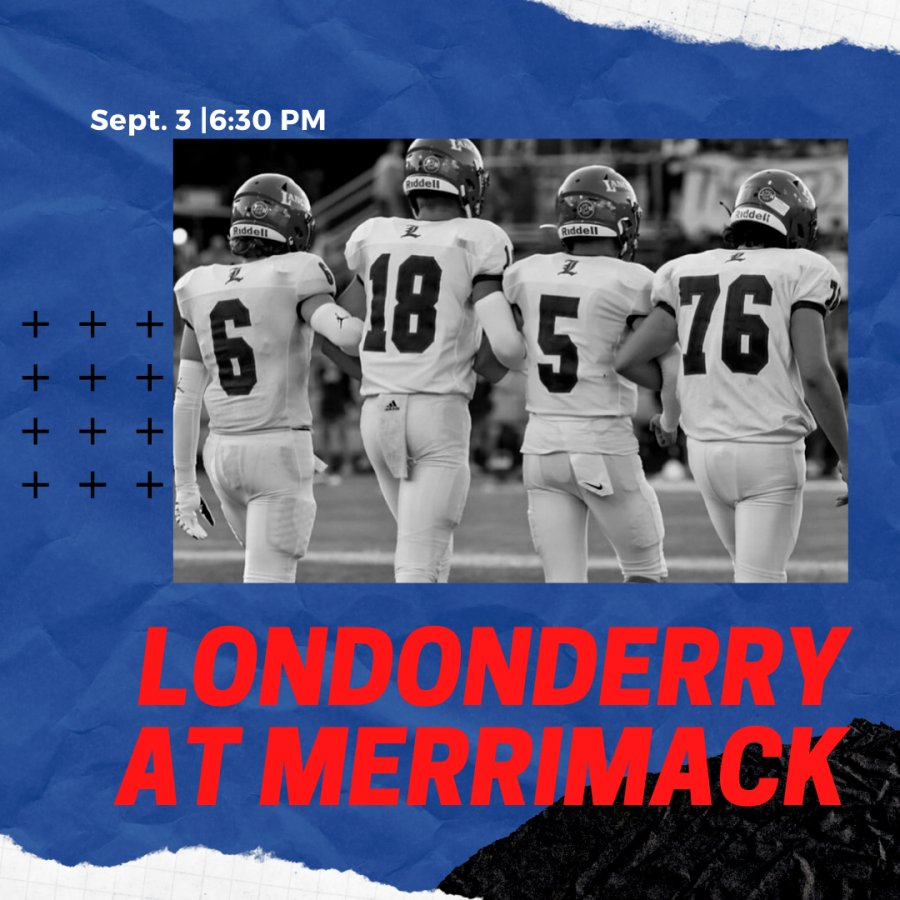 The Lancer football team began the 2021 season with a commanding 35-6 victory over the Merrimack Tomahawks last Friday, September 3. Following a shortened season last year, the Lancers were eager to get on the playing field and it showed as they trounced the Tomahawks in all phases of the game. It was a big day for the defense, which featured Nate Pedrick recording a team-high 11 tackles. On the offensive side of the ball, Aidan Washington ran for two touchdowns and threw for two. Touchdowns were also scored by Colby Ramshaw, Andrew Kullman, and running back, Hayden Austen. Next week the Lancers face Nashua South in their home-opener here at Londonderry.