Selected bathrooms closed due to vandalism 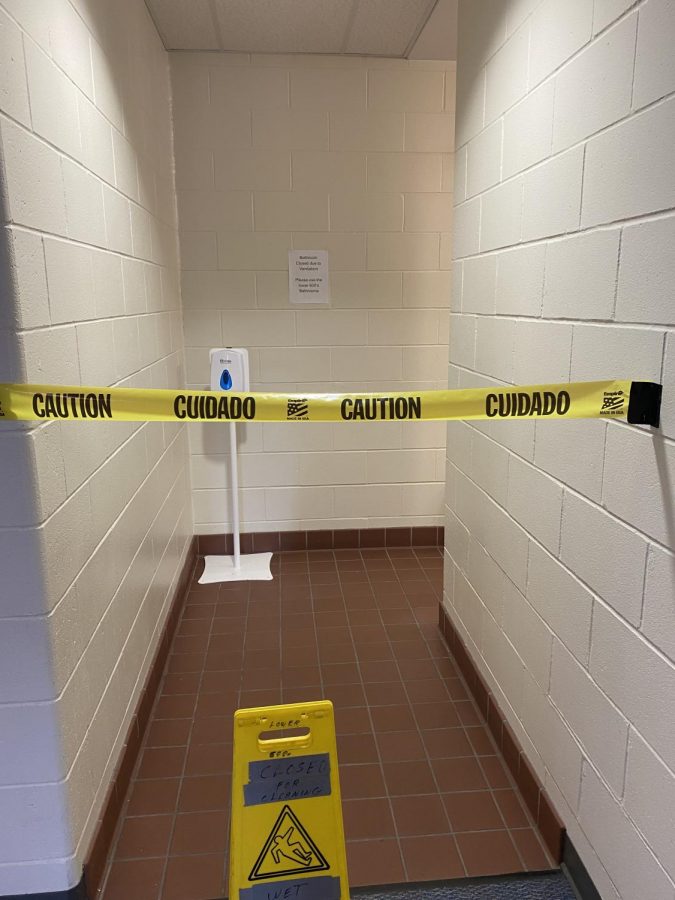 Bathrooms like the upper 600's have been closed until further notice. Notes were placed infront of each bathroom informing the students of the vandalization, and advising students to use another bathroom.

Updated as of 4:00 p.m. on Wednesday, September 15, 2021
Admin identifies students responsible for vandalism

Earlier this week, acts closely resembling the “devious lick” TikTok trend took place at LHS. After looking through security camera footage throughout the building, administrators were able to identify the perpetrators.

“Anyone who doesn’t come forward during the investigation will look at criminal charges, including restitution,” Assistant Principal (AP) Christopher Mazzone said. “We plan on prosecuting as far as we can.”

What this means is that any student who commits an act of vandalism will not only be suspended from school, but will also potentially face criminal charges and have to pay for the cost of the damages.

Another bathroom gets shut down

The bathroom in the lower 100’s is no longer accessible to students and staff at this time due to acts of vandalism that took place earlier today.

“[The situation today] is similar to what we’ve seen on TikTok,” AP Mazzone said. “It all falls under that [trend]. Copycat stuff. No originality.”

The administration is taking all preventative measures for not only the students involved, but the school as a whole. According to Mazzone, consequences such as removing locks on bathroom doors and having monitors in the bathrooms at all times are “on the table.”

The Lancer Spirit will continue to update this story as the investigation proceeds.

To mitigate the rise in vandalism, there will be new restrictions on bathroom use. According to LHS administrators, one person from each class can leave at a time and must sign out to leave the classroom.

The following bathrooms are currently closed until further notice:

Bathrooms that will remain open:

Each wing of the building will have access to a bathroom.

The school is taking more measures to ensure this never happens again. Hallway monitors will be circling the lower 100’s, 500’s, and 600’s during their duty.

Because there could potentially be criminal charges involved, school personell are unable to comment on this matter.

The Lancer Spirit will continue to update this story as the investigation proceeds.