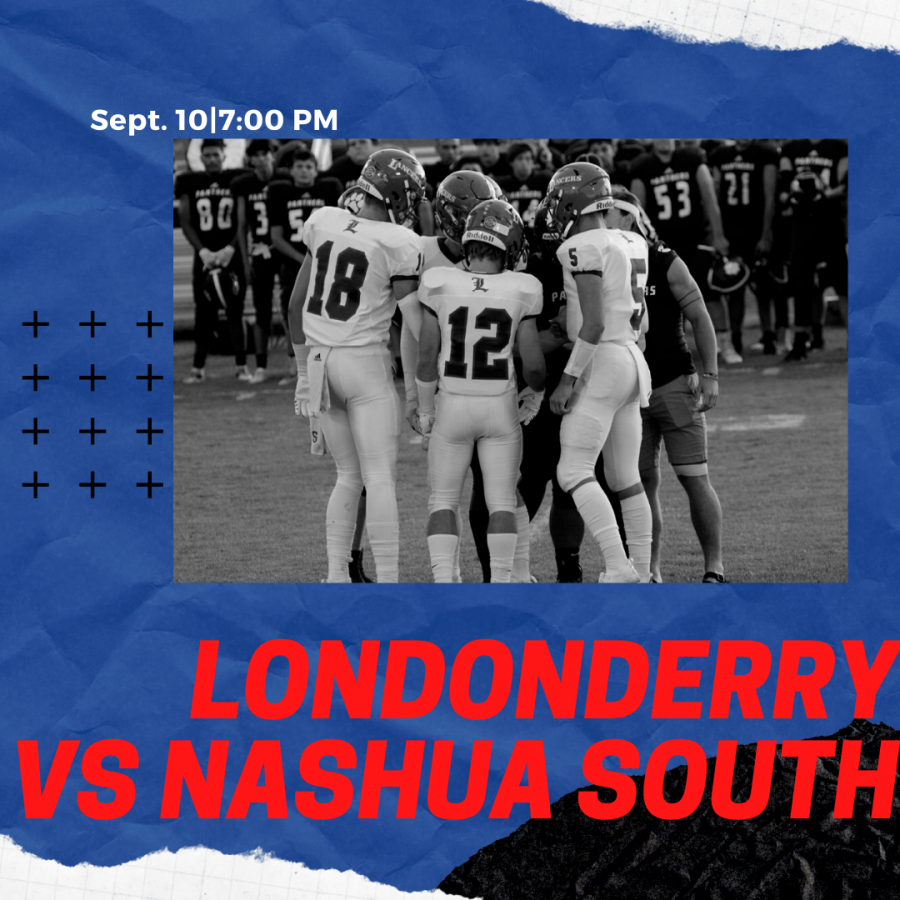 Another Friday and another commanding victory for the Lancer football team. This time coming against the Nashua South Panthers, 43-0. A tough week of practice greatly benefited the team as they dominated the opponent for the second straight week. The Panthers could simply not move the ball against the Londonderry defense as they were shut out and turned the ball over three separate times. On the other side of the ball, the Lancers had another game filled with explosive offensive plays. Quarterback, Aidan Washington, threw for two touchdowns and ran one in himself. Washington has completed every pass he has attempted, which makes him the only starting quarterback in New Hampshire division one to be at 100% completion. On the receiving end of these touchdown passes was junior wide receiver, Andrew Kullman, who after two games is second in the state in receiving yards on only 3 receptions. Touchdowns were also run in by Matt Perron and Nathan Rosario.