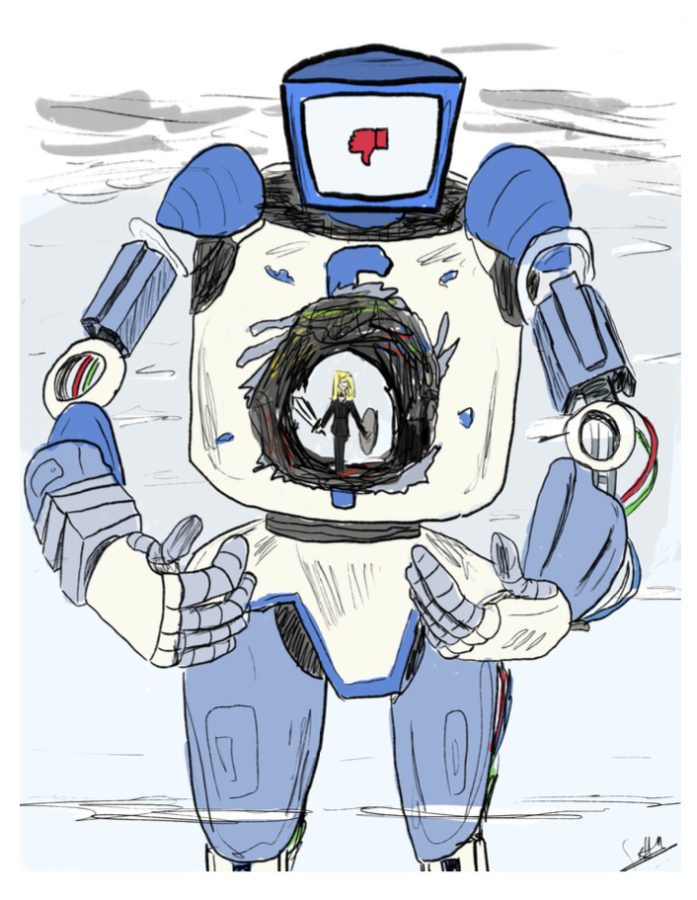 The social media giant, Facebook, has been exposed. Their inability to be transparent with the public about their harmful algorithms was called out by an ex-employee.

American media magnate, Mark Zuckerberg, and his social media platforms are under scrutiny by a whistleblower.

The accusations aimed at SEC were backed by research papers stolen from Facebook’s archives, under the protection of the Dodd-Frank Act. These documents were also leaked anonymously to the Wall Street Journal, providing thorough information regarding Facebook’s role in promoting political friction, instigating hate, and proof that Instagram is turning a blind eye to the unhealthy mental effects it has on teenagers.

On Oct. 3, Frances Haugen exposed her identity as the Facebook Whistleblower in a 60 Minutes interview with Scott Pelley. In the episode, it is confirmed by Haugen herself, that she was the one who leaked files from Facebook. In her explanation to Pelley, she shares that in secret, she copied tens of thousands of papers of internal research before quitting Facebook in May.

Haugen recites her thought process when referring to the sheer volume of documents she compiled as proof.

“I’m gonna have to do this in a systematic way, and I have to get out enough that no one can question that this is real,” Haugen said.

Frances Haugen is a data scientist with a computer engineering degree from Olin College and an MBA from Harvard. She worked for multiple companies including Yelp, Pinterest and Google before being hired as a Product Manager on the Civic Misinformation team for Facebook.

Haugen shares that Facebook has had multiple conflicts of interest when making decisions regarding, “what was good for the public and what was good for Facebook.” The social media giant repeatedly chose to increase its revenue over the wellbeing of users.

“I’ve seen a bunch of social networks and it was substantially worse at Facebook than anything I’d seen before,” Haugen said.

The CBS podcast also features an inside scoop on Facebook’s Civic Integrity project, which Haugen was assigned to during the 2020 Presidential Election. The purpose of the program was to eliminate misinformation on social platforms, with its focus on politics. Haugen was on board with the idea, however, Facebook decided to dissolve the project when the elections ended in November of 2020.

“Fast forward a couple months, we got the insurrection,” Haugen said. “And when they got rid of Civic Integrity, it was the moment where I was like, ‘I don’t trust that they’re willing to actually invest what needs to be invested to keep Facebook from being dangerous.’”

On Oct. 5, 2021 Haugen testified before the Senate Commerce Committee, imploring the government to take action.

She stressed that it is not wise to break apart Facebook due to its massive impact on society. However, Haugen directly confronted the powerful algorithms which Facebook uses. These algorithms are how Facebook classifies which posts have a higher possibility of being shown to a user’s news feed based on the likelihood that a user will have a positive reaction to the content.

It was concluded that Instagram targeted teenage girls with content promoting body insecurities and food disorders, to drive up the number of advertisers and shareholders. These facts have been under research for years and are just now being proven by Facebook’s own research, which was then kept secret.

“As long as Facebook is operating in the shadows, hiding its research from public scrutiny, it is unaccountable,” Haugen said. “Until the incentives change, Facebook will not change. Left alone, Facebook will continue to make choices that go against the common good.”

After this hearing, titled “Protecting Kids Online”, Senators concluded the testimony with bipartisan approval, resulting in both parties agreeing to collaborate on privacy reforms.

“I’m hoping that this will have had a big enough impact on the world that they [Facebook] get the fortitude and the motivation to actually go put those regulations into place,” Haugen said.