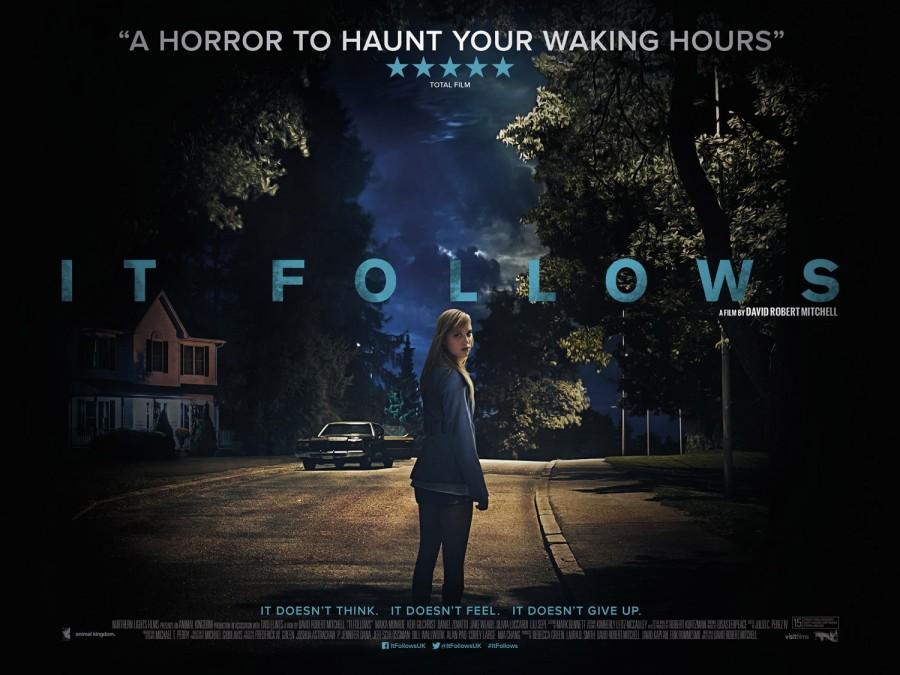 Fair use image from Dimension Films

This week’s list is Modern Horror movies. The movies on this list date back from 1999, to the beginning of modern horror. The found footage style film The Blair Witch Project is widely agreed to have begun the new age of horror. With the 21st century’s trend of pumping out one bad horror movie after the other it is hard to weed out the good ones. So you don’t have to, we’ve picked the best modern horror movies for you to watch this Halloween.

Like the Classic Horror movie list, these films will also be rated for the films’ abilities to scare.

With A Girl Walks Home Alone at Night, we are blessed with living proof that a vampire romance can be fantastic and undeniably cool. Set in the Sin City esque crime world of Bad City, Arash, a young man trying to get by, meets a strange girl who, unbeknownst to him, is a vampire. While oblivious Arash manages his junkie father and a money-seeking pimp, he sets out to woo “the girl” through their shared affection for music. With its excellent international soundtrack this hyper-indie flick delivers true moments of heartfelt romance as the vampire struggles with her emotions for Arash. Along with this compelling modern romance, the film has several moments of great and tense horror as “the girl” preys on her next victims. Filled with cinematographic moments of love, sorrow and fear A Girl Walks Home Alone at Night is a relentlessly slick film that will be remembered for refining the vampire romance.

Guillermo del Toro’s beautiful masterpiece, Pan’s Labyrinth, may not entirely be horror, but it is a perfect fit for the Halloween mood. Taking place in 1944 war-torn Spain, Pan’s follows the journey of a young girl as she discovers a wondrous fantasy world. To evade her brutal stepfather, the heroine flees to her fantasies to at times find wonders but at others horrors. Pan’s is a fantasy movie, but its atmospheric gloom makes a great film for the season. Overall, it’s an extraordinary movie to be viewed year round.

Not relying on jump scares or the fear of gore, The Babadook delivers its scares in an unconventional way. The scares come at the audience more as a feeling of unease. When a single mother finds a disturbing children’s book, titled The Babadook, in her home she begins to believe something is following her. Hysteria and madness soon take over when her young delinquent son tells her a monster is now in their home. As The Babadook moves along, dread continues to build making it a very tense film.

Oculus, an intriguing film, documents events post haunt. As children, Kaylie and Tim Russell were haunted by a demon in possession of their father. When Tim rids of the demon and evidently kills his father, his is arrested for murder. Years later, adult Kaylie sets out to confront the demon and prove its blame through a series of traps and mind games. In retaliation, the demon continues to haunt and fight back. Along with having a plentiful amount of fun jump scares Oculus is a mind bender. With the plot constantly shifting, the film keeps the audience guessing and tense at where it will go next. Oculus is a great horror film for fans of psychological thrillers.

Filmed on an early stage digital camera, Danny Boyle’s (Trainspotting, Slumdog Millionaire) 28 Days Later has the look and feel of a home movie. The intentionally low quality film making creates an eerie post apocalyptic zombie world, while simultaneously providing a surprisingly intimate atmosphere among character interactions. Taking place 28 days after the spread of a rage inducing infection, protagonist Jim (Cillian Murphy) suddenly awakes finding himself alone in an abandoned hospital. Along the way Jim meets other survivors, and together the seek refuge and a better future. 28 Days Later features intense moments of frightening zombie action, but its charm relays heavily on the well crafted relationships. Surprisingly family oriented, much of the movie focuses on the acts of humanity that survived through the devastation. Boyle’s take on the zombie apocalypse is a realistic one that stands out in the horror sub genre.

Over the years there have been plenty of terrible film adaptations of Stephen King’s horror novels, but aside from The Shining, The Mist may be the next best one. Taking place in King’s most commonly used location, the state of Maine, a mysterious cloud of dark mist floods across a small town. Along with the mist arrives a plague of bloodthirsty insect like monsters. Taking refuge in a local grocery store, a man and his son must fight for survival, whether it be fighting back the creatures or managing the fear settling in with others trapped in the store. As much as it is about the monsters that linger outside, it is about the relationships of the people trapped inside. The creatures provide exciting chills, but the real anxiety comes from those who become consumed by their emotions. The Mist is a solid popcorn horror flick that is worth a viewing when in the mood for a few jump scares.

Among all of the the cheap thrill 21st horror movies that revolve around a gimmicky and small premise, this is one of the best and most pleasantly scary. After discovering a mysterious videotape of various disturbing images, Rachel, a single mother, receives an anonymous phone call warning her she has seven days to live. Initially playing it off as a sick joke, Rachel begins to believe the message after being haunted by a series of strange hallucinations. From there, she sets out to investigate the origins of the videotape in hopes of saving herself. The Ring is the host of many truly creepy moments and jump scares, including the videotape itself being effectively disturbing. The film is an exciting mystery horror, and it is a relatively mild horror movie to watch on Halloween.

Part coming of age film part horror-thriller, this Swedish vampire movie is an odd and captivating approach to the bloodsucking genre. Oskar, a young and intelligent boy, who is often ignored by teachers and bullied by peers, meets Eli, the first person to give him a chance, who incidentally is a vampire. While physically the same age Eli is mentally far older than Oskar, who simply sees her as a grade school crush. As Eli struggles with survival (draining the blood of innocent people) and Oskar struggles with school rivalries the two children grow inseparable. Throughout Let the Right One In’s slow pace, tension gradually builds creating an uneasy atmosphere. As charming as Eli and Oskar’s relationship can be the thought of her true dangers is constant. The movie portrays an effective romance between the two, but it also paints a haunting romance for violence that gives Let the Right One In its flare and staying power.

At the time of its release, Blair Witch was a revelation in film making. Its found footage style of horror was entirely original and left much of its audience believing it was real. In this horror mockumentary, three friends set out into the woods to document a local legend. Through interviews, the myths are revealed to set the scene for what is to come. Almost the entirety of the film is set in the woods as the friends attempt to uncover the mystery. Through the eyes of their cameras you witness their fear and insanity as the journey deeper into the forest. Blair Witch is the reason we have films like Paranormal Activity, and it is the scariest of the found footage genre.

Despite being largely inspired by 80’s cinema master John Carpenter, It Follows feels incredibly original. Aside from being a great horror movie it’s a great movie overall. With its Carpenter-esque soundtrack of booming techno pop, It Follows terrifies like few other movies I have seen before. Unlike many movies involving demonic haunting, the haunt in It Follows can be passed along. Exchanged like an STD, the victim is followed by a shapeshifter. While “It” never moves quickly towards its prey, the monster’s never ending pursuit creates an undeniable dread that never leaves the audience. When a teen girl named Jay obtains this curse fear and madness overwhelm. Her only options are to pass it along or run. It Follows approaches the horror genre with elegant style and terrifying thrills. It is an engrossing film and one of the greatest horror movies ever made.