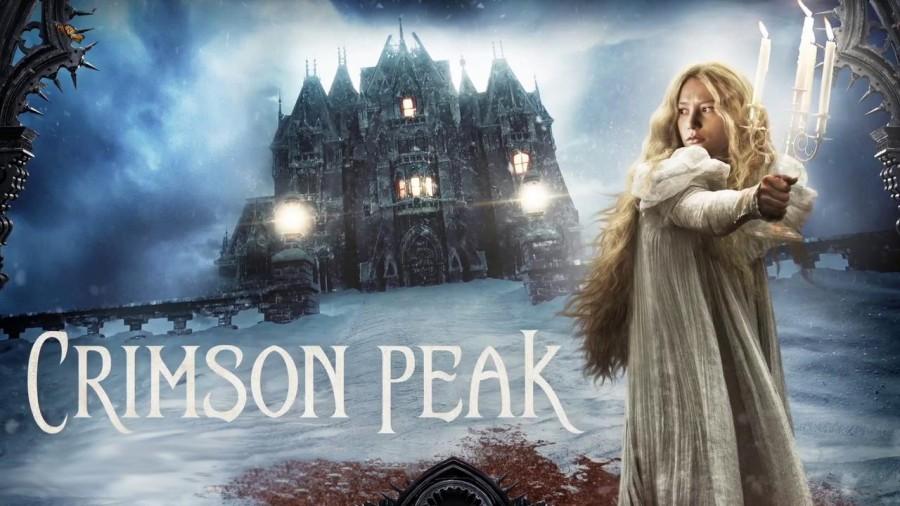 Fair use image from Universal Pictures

With visionary director Guillermo del Toro grasping the helm of this period piece horror film, it was surely bound for success. However, with a mix of misguided actors and shallow profoundness it quickly spiraled into boredom.

When reflecting on del Toro’s Best Picture nominated masterpiece Pan’s Labyrinth, horror classics Cronos and The Devil’s Backbone or unique film adaptations of the Hellboy comics, excitement immediately generates for any new creation from the director. Disappointingly, Crimson Peak sheds light on the matter that most film directors eventually stumble.

With del Toro’s ninth film, we were presented with a movie trailer that truly terrified (at least, it scared me). The preview gave a glimpse of menacing ghosts and haunting Victorian architecture. Quickly beginning with effective thrills, Peak was on the right track, but when it switched over to unveiling the plot, its mishaps swiftly rose to the surface.

Initially set in 1887’s Buffalo, New York, Edith Cushing (Mia Wasikowska), an educated woman, is seduced by the mysterious entrepreneur Thomas Sharpe (Tom Hiddleston). When Thomas marries Edith and sweeps her away to his home in England, she finds Allerdale Hall a decrepit and mesmerizing Gothic mansion. Accompanied by Thomas and his tedious sister Lucille, Edith attempts to make the massive and empty house her home. Before long the mysteries of the house present themselves to Edith. Out of curiosity and fear she begins to dig deep into the history of the house only to find its owners may not be who she believes.

Overall, Crimson Peak is a very mixed bag. On one hand the film is a true visual treat. Its vivid color schemes, elaborate costume design and bewildering sets nearly make the film worth watching alone.

The most notable visual treats come from what lies beneath the mansion. Resting on top of a red clay mine, the house is a swamp, filled with red liquefied clay. The bloody look of the clay perfectly complements the already intimidating set as it oozes from the walls and floorboards. Used in the back and foreground of shots, the clay adds suspense to the film’s atmosphere.

Part of the effect of the house’s must-see construction is on behalf of the wonderfully uncanny cinematography. Many of the film’s shots are artfully set up, placing everything in the center of the screen and often times looking down a hall with great depth. These techniques used for filming create the movie’s most captivating and engrossing moments. With all of the film’s visual achievements, its glories do not exceed much beyond that.

From the acting to the screenplay, many things went wrong with this film. In the first place, it was not very scary. A very large portion of the scares were shown in the film’s trailer, which created disappointment when seeking more. Peak’s most shocking moments came from brief scenes of intense and graphic violence that were simply played for the sake of violence. Part of the reason the film lacked the ability to scare was its predictability. When the twists and turns arrive they are expected and seemingly unmotivated.

That being said, the acting in the movie created the sense that the actors cared little about what they were doing. Even the excellent Jessica Chastain (Lucille) faltered here. The most notably disappointed roles came from Mia Wasikowska (Edith), who was unable to effectively express fear and Charlie Hunnam (Dr. McMichael), who gave a remarkably stiff and emotionless performance that is cluttered with poorly paced delivery. It was not only the pacing of the acting that was just shy of mediocre but also the story itself.

For Peaks first forty-some odd minutes, we indulge in Thomas’ and Edith’s romance. The major flaw of their love story was a lack in chemistry. When actors have chemistry, romance in a film can en-trance the audience in a way no other emotions can, but when the cast fails to connect we are presented with a backstory snore-fest and a kissing scene that looks more like Hiddleston is suffocating Wasikowska.

Once the plot finally takes us to the gorgeous mansion, disappointment continues with the lack of scares and motivation in storytelling. Throughout the history of cinema there have been many great horror movies with extremely shallow storylines. Crimson Peak’s greatest flaw and ultimate downfall was brought upon itself by attempting to tell an expansive and immersive story that evidently is uninteresting.

If del Toro presented a well written script (that he is more than capable of) and a small amount of scares that would be one thing. If the film had a loose storyline, but fun and exciting cheap thrills (which has worked many times before) that would have been another. Instead, Crimson Peak is a gorgeous but confused movie. In the end, the audience will be struggling to find its soul.