Blue or white: your gown color doesn’t define you 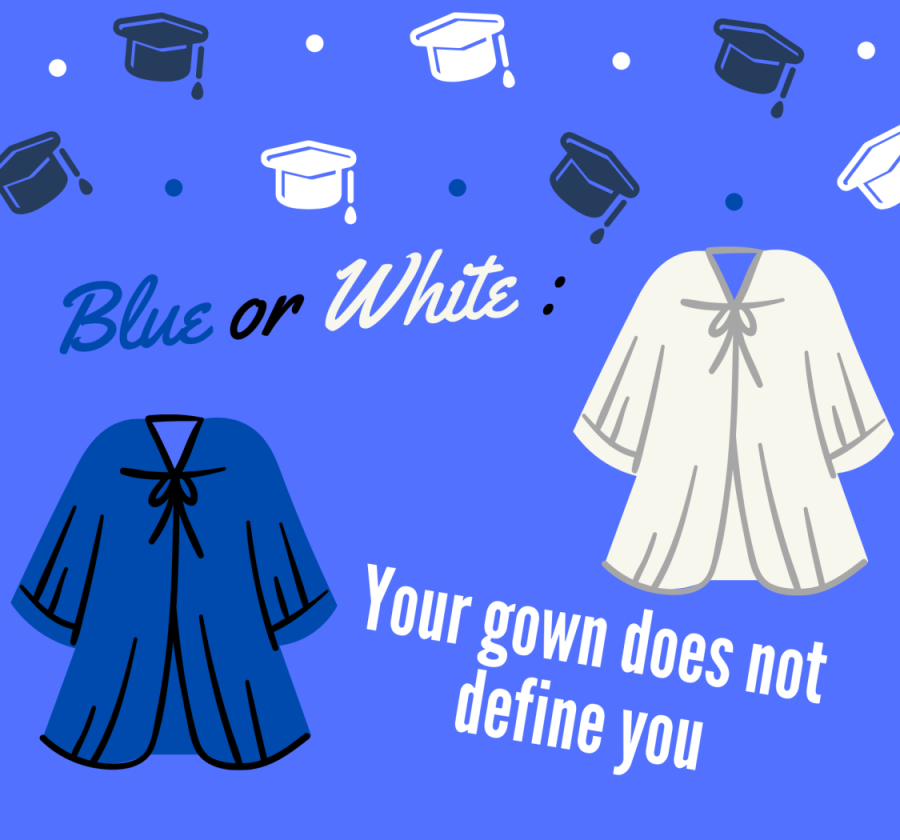 Seniors have the ability to choose between a white or a blue graduation gown.

It’s well known among seniors that class reps members and advisers proposed a change to the colors for the graduating class’s caps and gowns. The change was supposed to be all students wearing blue, instead of the typical white and blue for students. The reasoning behind this is the gender stereotypes around the colors.

Before this proposed change, students still had the option to wear blue or white no matter what gender they identified by. This is a rule many students were unaware about. My solution to this issue is to better advertise that students have the choice to wear what they want, and to make it more acceptable to wear either blue or white.

I understand why people were upset about the change they wanted to implement. Many of the students had always dreamed of wearing the white cap and gown on their graduation day their whole lives. And it makes sense that having that taken away from them would upset that group of people. But what some don’t think about is the people who identify as non-binary. Wearing the color that you don’t identify with could ruin your graduation experience.

What we need to do as a school is break these gender norms that prevent students at LHS from being able to express themselves freely at graduation. If you want to wear white, then do it. If you want to wear blue, then do it. If you like one color better than the other, gender should not be the reason as to why you don’t wear the color. Freedom of expression should be encouraged.

We, as a school, and as a senior class especially, need to be more accepting of people expressing what they desire. We should get rid of these stereotypes, so that classes to come will never know they even existed. I encourage everyone who reads this to wear the color they think looks better. And I also strongly encourage everyone else to not say anything about it.

Something as miniscule as the color of a peers’ cap and gown shouldn’t ruin your day.