‘The Batman’ defies expectations and changes the future of superhero films 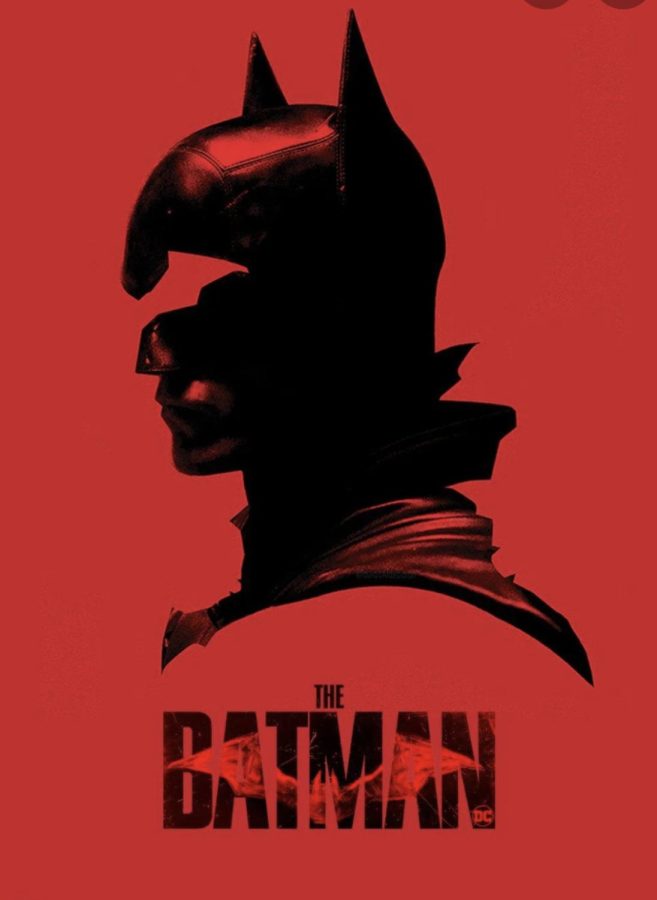 "The Batman" uses simplistic designs on their posters, in order to replicate the tone of the film.

When news broke in May of 2019 that a new actor would take up the mantle as Batman, the world waited with anticipation. Whoever would join the ranks of the great Christian Bale, Michael Keaton, Ben Affleck, George Clooney, and Val Kilmer had imposing shoes to fill. Once DC and Warner Brothers announced Robert Pattinson would be dawning the iconic cowl, the movie became an instant joke.

However, following its release this past weekend, that couldn’t be farther from the truth.

After a smashing opening night on March 3, The Batman dragged in $248.5 million globally for its opening weekend ($134M domestically), skyrocketing it to the top 30 highest grossing films for US openings alone. This feat is being backed by not only an overwhelmingly positive audience response, but a strong nod from critics as well.

The Batman opens in the city of Gotham, where crime seems to be running rampant on every street corner. As citizens watch in the shadows for the next attack, criminals are doing the same; scanning the shadows for who they fear the most: the proclaimed Vengeance of Gotham City. This anti-hero (Robert Pattinson) is masked orphaned-billionaire Bruce Wayne, who finds more solace in being behind the mask than in front of his city. The film then follows the Batman in his struggles to find a masked villain who’s “cleasening” the corrupt city of its lies.

The Batman is now the tenth solo Batman film to be released in the past 50 years, and is a product of the undying love and support the masked vigilante has. Very quickly, this gritty film flew to a near perfect five out of five stars, landed an 90% fresh rating on Rotten Tomatoes, and an 8.5 out of ten on IMDb. Critics credit these high ratings to the cinematography, fantastic cast, and overall flawless execution by the film’s director, Matt Reeves.

Matt Reeves is well versed in the more darker-toned action films, having directed films such as Cloverfield and two of the three Planet of the Apes films. Reeves draws in viewers with his well thought out storyline; where every detail holds power and significance, The Batman has proven very well be Reeves’ current acme as a director.

The success of this latest blockbuster cannot be wholly discussed without talking about its leading actor, Robert Pattinson. Pattinson executes what can be discussed as the best performance of his career, bringing a side to the beloved superhero that has only been found in the comics. Pattinson’s main strength is the pure terror he brings while donning the batsuit; to the point where even the non-corrupt city officials fear what he brings the moment he enters a room.

Pattinson is backed by a strong and studded cast, with the likes of Zoë Kravitz (Selina Kyle/Catwoman), Paul Dano (Riddler), Andy Serkis (Alfred), Jeffrey Wright (James Gordon), and Colin Farrell (Penguin). Every actor hones their role as if it were a second skin, portraying their character’s famous personalities with an eerily accuracy that can only be described as powerful.

One of the crowning achievements The Batman provided was a refreshingly grim perspective on Gotham City. Many adaptations in history have painted Gotham out to be similar to any other large scale city, while Reeves paints the city in its comic book-true light. With haunting detail, viewers are immersed in a city drenched in darkness, crime, and fear; perfectly aligned to Pattinson’s Batman.

The Batman is not only an exceptional superhero film, but an overall message of what a film should be. It provides themes and tones of questioning morality and righteousness, all while scaring viewers with the reality that there is simply never true good in the world; but rather a manifestation of what is believed to be right.

The Batman is good–plain and simple. It is a beautiful piece of cinema that can be viewed as a work of art, all while being a superhero movie that fuels even the most devoted self-proclaimed “Batman-haters”.

Pattinson has proved in this film alone that he is one of the most talented (and deserving) actors of the modern era. In three hours of film, Pattinson is able to transform the vigilante from a personified version of fear into a beacon of hope for a failing Gotham City. Although Bruce Wayne is the one under the mask, Pattinson perfectly portrays how the billionaire finds more comfort in the suit, rather than out of it.

The success of The Batman cannot be fully appreciated without discussing the disturbing performance of Paul Dano as the Riddler. Dano gives it his all in this film, painting the originally perceived goofy character of the Riddler as a deranged psycho with the goal of cleansing this city in his own way. The audience is only revealed to the Riddler’s true face at the end of the movie, revealing a shockingly ordinary man. Dano brings a certain fear to this iconic villain that hasn’t been seen for years.

A superhero movie at its core, there are dozens of well-done action scenes that deserve applause. One of the most iconic moments of the movie comes with the anticipated reveal of the Batmobile (Batman’s enhanced car). The car is featured in a high speed chase scene with Penguin, and includes some of the most well executed scenes throughout the whole movie.

One of the most thought out decisions of the film comes in the form of its ending: the Riddler blows up the sea wall protecting Gotham, and in turn, floods the city to cleanse it. After one final fight, Batman realizes he lost because of what he based his morals on: bringing vengeance to those who made Gotham the crime city it is.

It is at this moment, when Batman realizes he cannot continue to fight the villains for the sake of it, but rather save those who are the victims.

This action shows that the flood not only cleansed Gotham City, but Batman himself. He begins to provide aid and relief to the citizens affected by the flood; while also setting up future movies that will now be able to explore the more philanthropic side of Bruce Wayne.

Another hit part of the film comes while the Riddler is lamenting in his jail cell, crying out for his failed understanding of Batman. Coming from the cell next to him, audiences hear a strikingly similar voice, laughing about the future of his new cellmate. This voice is none other than the Joker, being played by Barry Keoghan. This reveal is another perfect set up for sequels to the film, where one of the most infamous villains of all time can hit the silver screens once again.

The Batman is nothing short of a cinematic masterpiece–flooding audiences with wonder and unbridled joy for a seemingly flawless representation of an iconic superhero. It also is a masterful display of cinematography and acting choices that will undoubtedly go down in history.