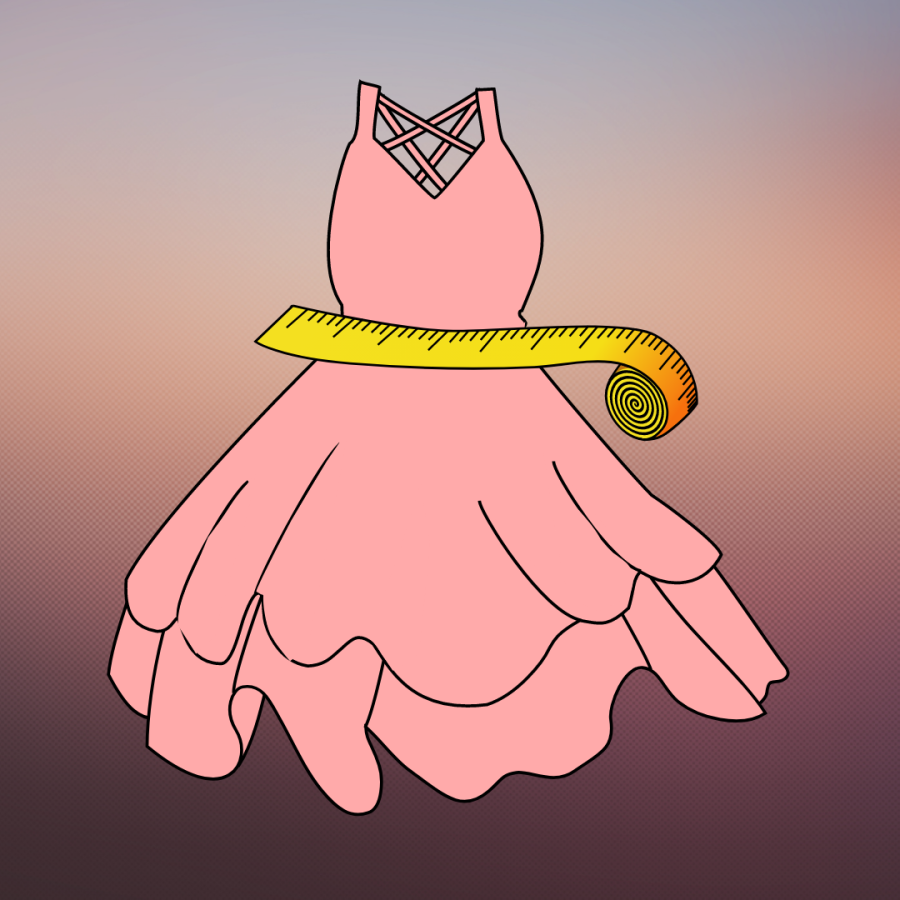 The Body Positivity movement has been around for years, yet why can I only find three different styles of dresses, while say a smaller girl has more than half the store to choose from? Instead of finding the ‘perfect’ one, it comes down to just finding one that fits and hasn’t been bought by someone in the school already.

When you’re a size 18 in a sea of zeros, the prom experience can be more than a little daunting.

The prom dress. Arguably one of the most important attires in high school, along with being a magical experience for the buyer, has been haunting me since the end of junior year. While the prom dress shopping experience is meant to spark a sense of joy and excitement, all I feel is dread.

While it’s already excessive to be starting the prom dress hunt this early in the year, many girls have already found, bought, and loved their dresses in early October. So even now with the big day in three months I feel that I’m already late to the game. Now this isn’t through my sheer procrastination (which may or may not be a part of it) but my inability to find anything that looks like it could fit past my thigh. A lot of anxiety stems from the critically acclaimed fat-girl fitting room fear. The fitting room has always been my worst enemy. The fear of something I really like being too small or would show off all the “wrong” parts of me has been an ongoing crisis in my life since second grade.

So to put it simply: it’s hard to find dresses as a plus size girl.

While walking into an ‘unnamed’ dress shop as far as the eyes can see are double zeros to two’s that take up at least half of the store. Looking for a size that would fit seems impossible untilI found the lone plus size rack spanning the equivalent of a mudroom closet. Where they stated that a size 14 is a triple extra large. I found only three dresses that were a size 18, my cousin who’s a size 2 found around 10 different dress styles for the day.

The Body Positivity movement has been around for years, yet why can I only find three different styles of dresses, while say a smaller girl has more than half the store to choose from? Instead of finding the ‘perfect’ one, it comes down to just finding one that fits and hasn’t been bought by someone in the school already.

And while I have been living with the disappointment with the fashion industry failing me every year, I can’t imagine a girl who is regularly a size 14. Seeing that she is now deemed a triple extra large and have around a handful of dresses compared to her peers. While I have always been told that my ‘size doesn’t define me’, it really does mess with a girl who just wants to feel pretty on her prom day.

I can understand that some dresses may not traditionally look “good” on girls larger than a size ten, I really just expect fairness. If your company makes 25 different dresses for a size zero, then there better be the same 25 in sizes four to 26.

What’s fair is fair, every girl should have the ability to choose. We shouldn’t have to feel such immense anxiety over finding one dress while others have the whole store to pick from.