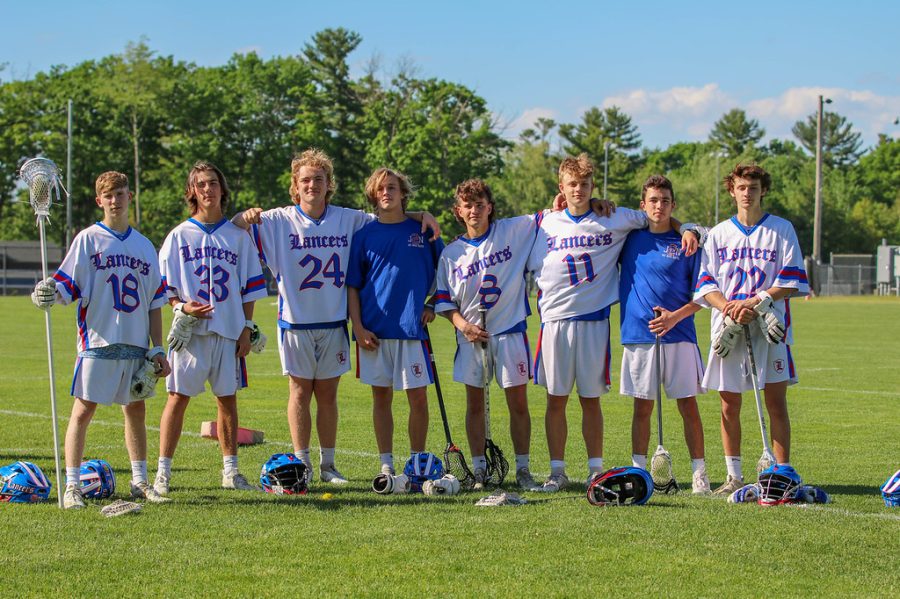 The Londonderry boys’ lacrosse team has high hopes for their 2022 season as they head into what they’re expecting to be a successful season.

Head Coach, Roger Sampson, is looking forward to working with a talented team of underclassmen and 11 seniors. Sampson’s main goal this season is to lead the team past the semifinals for the first time in LHS history.

“With the coaching, talent, and energy that this team brings, I think that we can be the first LHS lacrosse team to make it to a state championship,” Sampson said.

Sampson knows that the key to building a successful team is preparation both mentally and physically. The boys have 11 scrimmages lined up to prepare for the season ahead.

“We have a young group this year, but they’re a talented group of kids,” Sampson said. “I’m really looking for them to help rebuild their relationships with each other, take responsibility for the team, and lead the way for a culture change.”

Junior Dylan Wrisley has the same mindset as Sampson and hopes that the team can make their mark on the championship field this season.

“We’ve all been playing together for a very long time and are all willing to put in the work,” Wrisley said.

The Lancers have a strong defensive lineup this year. They are planning to use this to their advantage as they head into this season. Sampson has faith that many of the younger players on the team will step up and make an impact.

“Our goalie, Dane Duarte, is a beast and I have hopes that he will do great this season,” Sampson said.

Even with the individual talent, the true factor which will completely change the game, is the rapport between players.

“If we can get our chemistry together I think that will definitely help out our offense and give them a better ability to see the field,” Wrisley said.

Offensively, Sampson is looking to get more shots on goal from his midfielders. This way they will not have to rely on attackmen too much this season. Sampson has a few players in mind that he thinks will be a force on the field.

“I think that junior Nate Pedrick really has the opportunity to light up the league,” Sampson said. “I also think that seniors John Baumann and Connor Howe have the chance to shine.”

Sampson is looking to help rebuild the culture of Lancer lacrosse with the help of the upperclassmen on the team.

“We mentally need to strengthen ourselves during the games, so if we can get out of our own way and improve our performance we will be able to succeed,” Sampson said.

Wrisley recognizes the importance of connecting with each other on and off the field.

“This year’s team spends a lot of time together, especially since we have all played together for such a long time,” Wrisley said. “We are a team first and we’re a family.”

“This year, our team’s biggest competition is themselves,” Sampson said. “It’s not that we aren’t talented [enough] to beat other teams, we need to mentally strengthen ourselves to take us to the next level.”