Reflecting on the last four years 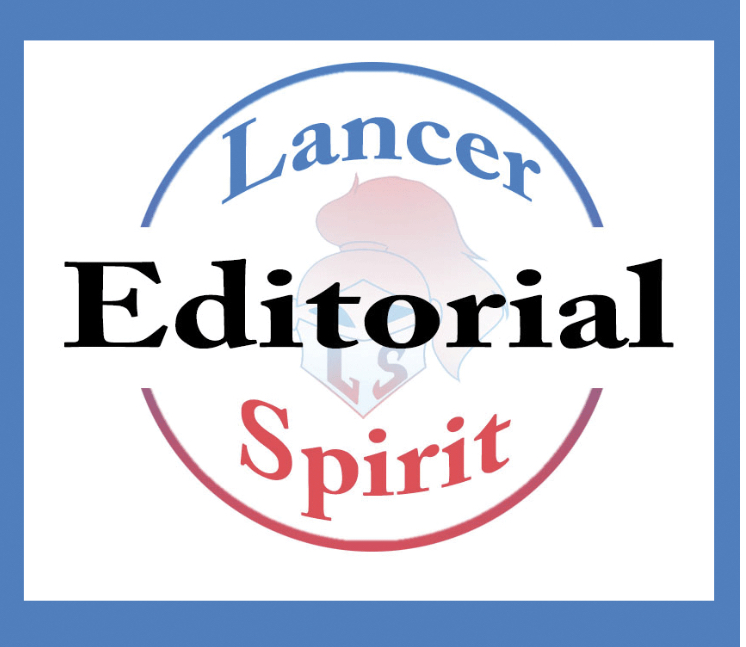 Editorials represent the opinion of the Lancer Spirit Editorial Board.

Class of 2022, we did it! We have finally reached the end of this four year journey. Our years of high school have had a lot of ups and downs, but we should all be proud of how far we have come. Come with us and take a look back on the last four years.

Okay, so it is no secret that we weren’t the best freshman class. We got booed at the first pep rally (and then yelled at afterwards), but it was pretty well deserved. In the time before the fall pep rally, the APs told us that we had the most disciplinary infractions in those few weeks than any they had seen before.

As freshman, the new LHS band members went on their first trip to march in New York City. Mrs. Shank’s Honors English 9 class suffered through the Flimibuff project, most of us failed, with just a few surviving with a passing grade. And, some of the Drama Club members performed in their first high school play, “The Addams Family.”

Our sophomore year started off with a bang when the fire extinguisher in the main lobby discharged, causing the school to evacuate. Later in the fall, our football team won the state championship, making the whole school very proud.

Then, shortly after our last real midterms of high school, the pandemic hit and we went fully remote. Those two weeks quickly turned into the rest of the school year. We struggled in quarantine away from the rest of the community, scared to get Covid. Hopes for the next school year were high as we headed into the summer of 2020.

After decades, we finally took back the plaque. Winning Mack Plaque our junior year was bittersweet for fall athletes. Without anyone in the stands to watch them win, it didn’t feel like as much of an accomplishment.

In the middle of the year, LHS was hit with a lot of grief after losing two integral members of our school community. But, we came together in a way we hadn’t before to push through the tough times at hand.

LHS Drama Club put on their very first (and hopefully last) virtual play, “Little Shop of Horrors.” And finally, after a year of switching between fully remote and hybrid learning, the entire school came back full time in May of 2021.

And finally, senior year has been quite a ride. Entering the halls on the first day of senior year was emotional for a lot of us. The last first day of school. Come that time next year, we would all be in different places, starting a new chapter in our lives.

Early in the year, after we had barely healed from last year’s tragedies, we got hit again. LHS lost another classmate, teammate, friend, and student. The dynamic of our school was changed once again.

Then, November 1st rolled around and some of us had to submit our first college applications. English classes had been filled with college essay writing, talk about scholarships, and recommendation letters. As the months went on, more applications were sent in, and decision letters were sent out.

During our final fall season, the varsity football team won the state championship for the second time in our high school career, after an almost undefeated season.

After months of preparing, the Lancer Spirit staff pulled off a successful (if we don’t say so ourselves) Mr. LHS pageant for the first time since 2019. It was extremely stressful, but all our hard work paid off when the lights went down and the curtain opened.

Prom was a success. We took tons of pictures with friends, danced the night away, and crowned a new prom king and queen. Senior skip day followed with many beach goers and trips to Boston for the day.

Now, we are in the midst of the end of the year. After a week filled with senior activities and life long memories, graduation is fast approaching, and so is the end of our time here at LHS. But, remember, once a Lancer, always a Lancer.