‘The Revenant’ a brutal frontier odyssey 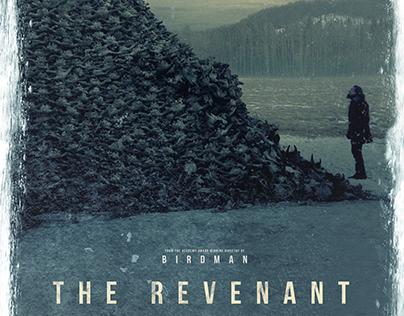 After twenty years of phenomenal performances and five Academic Award nominations this very possibly will be Leonardo DeCaprio’s year.

The Revenant envisions the true story of frontiersman Hugh Glass after surviving a bear mauling. Defying all odds, Glass sets out to tread cross-country seeking revenge on the man who left him for dead.

The wilderness adventure is a film of fantastic performances and above all else some of the most gorgeous images ever put to video.

In the way that Lawrence of Arabia captured the beauty of the Arabian deserts, The Revenant exhibits the icy cold of the American frontier wasteland.

Shot entirely in natural light by cinematographer Emmanuel Lubezki, this film is one his greatest achievements along with The Tree of Life and Gravity.

Together, Lubezki and director Alejandro González Iñárritu photograph amazing stills and more notably what maybe be the most elaborate long shots ever made that put Birdman to shame. Much of the cinematography is bewildering and worth the watch alone.

The biggest draw to the film is undoubtedly acting juggernaut Leonardo DeCaprio, and his preparation for the role pays off. As method actors do, DeCaprio becomes his character. He does this so much to the extent that in preparing for the job he hunted and slept inside the carcass of a bison. This is a man who really wants an Oscar, but will he get it? I believe so. DeCaprio effortlessly becomes Glass and truly captivates the audience leaving no recognition that they are watching a movie. As DeCaprio’s dying character pulls himself through ice and snow we witness the true unwavering pain of an hopelessly broken man.

That is the true magic of The Revenant. Many nonfiction movies only scratch the surface of this one’s ability to feel as though its events are unfolding right before your eyes.

While the film is a wonderful spectacle of acting and visual stimulation, it is not without its flaws. Tom Hardy, the antagonist, brings an intense performance himself, but he particularly falls short due his notorious grumble. First seen in his portrayal of Bane in The Dark Knight Rises and more recently in Mad Max: Fury Road, Hardy is becoming known to at times be inaudible. His strong burly accent in Revenant frequently makes for incomplete sounding dialogues. While it does not take away from the overall effect of the movie, his new habit is becoming tiered and worrisome.

The other and most notable flaw of the movie is in its failure in being as profound as the director wished it to be. Throughout the movie DeCaprio’s character has several dreams. In the dreams is serial and often beautiful imagery. However the images are too obviously meant to be meaningful and come across as a bit pretentious. While art is pretentious by definition, it does not pay of if its symbolism is a misfire. The director’s visual poetry is obvious in its meaning, but that does not mean it is interesting or adds to the film.

The Revenant’s symbolism was intended to be the backbone of the movie, but since it does not entirely pay off, its weight is left resting on the performances and cinematography. Luckily, they more than make up for the mishaps.

The brutal action, entirely believable performances and breathtaking visual wonder make this film quite the achievement. It is absorbing beginning to end and would hold up with multiple viewings.

The Revenant is a savage rush of adrenaline that brought 2015 to a grand close.