‘This Unruly Mess I’ve Made’ a well-intentioned dud 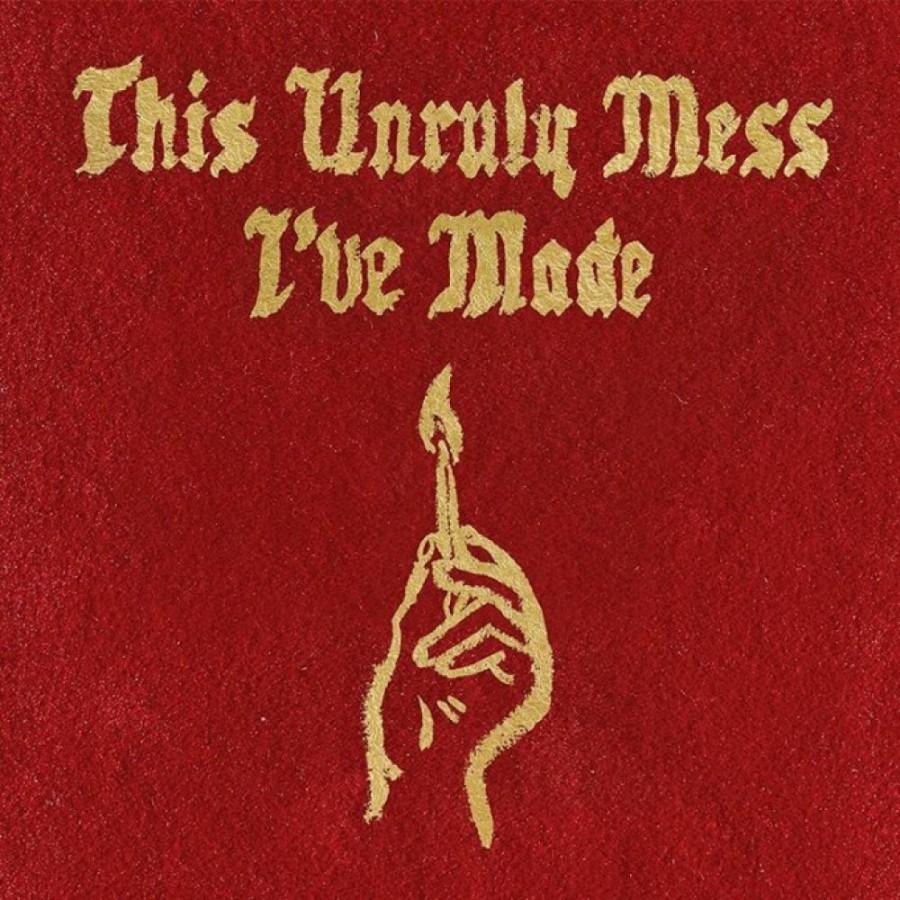 Fair use image from Macklemore LLC

Throughout his consistently underwhelming career, Macklemore and his producer Ryan Lewis have taken it upon themselves to be the self proclaimed positive influence in the rap music industry. With their second collaborative full length album, they continue with their efforts in delivering conflicting messages.

In his latest record, This Unruly Mess I’ve Made, Macklemore aggressively attempts to make his audience understand that he is politically correct but still here to party. Lyrically the album is a conflicting slop. With songs like “Let’s Eat” and “Downtown,” Mack preaches about binge eating and shopping for mopeds, and with “White Privilege II” and Growing Up he discusses themes of racism and fatherhood. For the 32 year old rapper, it’s one or the other. Split right down the middle it’s either heavily thematic lyrics or entirely nonsensical and insignificant ones.

In the eight minute long spoken word track “White Privilege II,” Macklemore address today’s social issues surrounding black culture. As a white artist, he handles the controversial track quite well. Primarily discussing how whites strive to take on black culture, he addresses the “privileged”, asking them their willingness to make a change. Summarizing the track in the line “We take all we want from black culture, but will we show up for black lives” Mack proves that his heart is in the right place. What is wrong about this is his approach. Tracing back throughout his entire career, Macklemore has continuously exhibited a desperate earnesty to make a difference.

Within seconds of any Macklemore track it is obvious which direction he is moving in lyrically. Like in “WPII” and “St. Ides,” a songs about the hardships of change, they immediately open up with soft beats, piano and Mack’s breathy sincere vocals. While some of the softer songs on the record are slightly more interesting than his prior works, they still fall into his emoting sub genre made famous by the sexual equality hit “Same Love.” Overall, despite their well intended meanings, the songs have lazy and uninspired production.

Part of the reason TUMIM doesn’t work is its rapidly varying genre types. Lyrically and musically the songs contradict the image Macklemore wants to produce. From soft political tracks to upbeat straightforward rap, the styles switch with almost every new track. That being said, while much of the album sounds like basic Macklemore some very welcomed changes were made to his routine. Bringing more and better features than his previous album, The Heist, the new record includes hooks from Chance the Rapper, Leon Bridges, YG, and other rappers of yesteryear. By itself Macklemore’s frail vocals have rarely brought many positives additions to the music, but with these features added to the production, some of the songs are surprisingly catchy.

Unlike his past album, Macklemore’s album has a surprising amount of tracks that are worth going back to and it’s primarily due to their features. With artists of multiple generations stealing the show, like YG’s intense hollers in the choruses of “Bolo Tie” and Leon Bridges’ angelic, classic style in “Kevin,” they raise Macklemore’s standards to new heights. With those compliments being given to the record, that is about as much positivity that can be given.

Overall, Macklemore and Ryan Lewis’ second full length album, is an inconsistent and mostly boring romp into what they want us to think is the new face of political rap. Like always, Macklemore succeeds in capturing our attention, but as expected fails to keep it. The features are the best aspects of the record, and there are a good amount of them to go around. When they become more intense and passionate even Macklemore’s vocals occasionally stand out. For the standards of the over acclaimed rapper, this album is fairly impressive, but even then the only way to really describe this record is with the word boring.